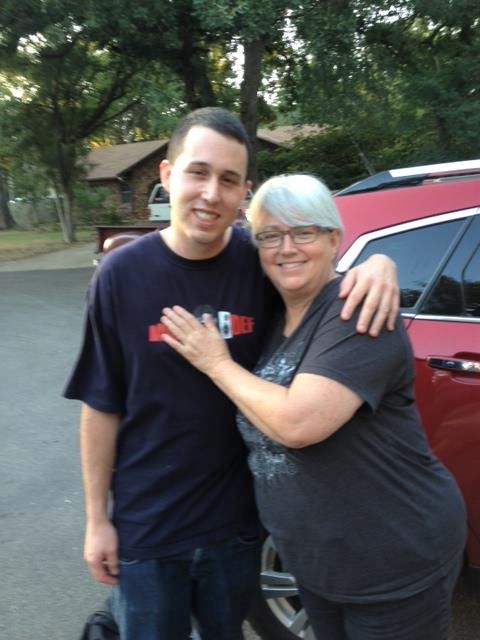 Dear Diary:
Crawling on the filthy floor, dodging needles, old cigarette butts, and moldy fast food wrappers, I was on my hands and knees today looking for a tooth. An expensive tooth. Well, more accurately, an expensive dental crown that fell out of my son’s mouth a couple of days ago. If I could find it, the dentist said he could reattach it for a minimal fee. Of course, I’ve already paid the man a small fortune to restore my son’s beautiful smile after years of meth use. I’d like to see his smile, but I can’t find him. His apartment door wasn’t locked. I walked right in with only a slight hesitation at what I’d find. It was hotter than hell in there because the electricity had been shut off.

No air conditioning. No tooth. No son.

I couldn’t find the crown in the gloom and grit inside that hell hole. I wanted to leave, but I couldn’t. I couldn’t just walk away. I never could. I’m addicted to my addict. I don’t want him to have a hole in his smile. He already has a hole in his soul and I can’t fix it. I’ve tried, many times. I can at least fix his smile, again, if I can only find his tooth and him.

I finally left with no tooth when it got too dark to see. I most certainly didn’t want to be in his apartment after dark. It was scary for me to be there in broad daylight.

As a child, my son was afraid of the dark. I’d turn his dinosaur lamp on, tuck him in bed at night, and read him a story out of one of his many Dr. Seuss books. When I’d finish the story, he’d hug me and remind me to leave the lamp on. I miss those hugs.

Dear Diary:
I looked out of place today in my outfit from the Chico’s half price rack, and my strappy sandals with the three-inch heels. I knew it and they knew it. The people who existed in the rent by the hour-day-week-month motel stared at me as I lurked in the shadows by the rusty stairs. I looked like someone’s middle-aged mother because I am someone’s middle-aged mother. I didn’t look like a person preparing to steal a car.

It’s my son’s car, but my name is on the title. I bought it and I pay the outrageously high insurance payments. I have my own set of keys. My son traded his keys to his meth dealer in exchange for his drug of choice with the understanding he’d get the car back in a week. That was a month ago.

I probably should’ve given more thought to my choice of footwear before deciding on a whim to take back what’s mine. If I’d been forced to run, it would have been impossible in my super cute sandals. I wanted to leave, but I couldn’t. I couldn’t just walk away. I never could. I needed to drive away in the car that cost even more than my son’s teeth, but what if the car wouldn’t start? What if the dealer left his room before I could drive out of the parking lot? What if he had a gun?

I was still standing in the shadows when I saw a man with a shaved head walk out of a room, get in the car I bought, and drive away. It was too late. I probably should’ve called the cops, but how could I explain that I was trying to steal my own car. I couldn’t get the cops involved. That would’ve made the whole mess even messier. I wanted the dealer to assume his stolen car had been stolen.

Dear Diary:
I worked in a cavernous space today full of people attending a business expo. I spent hours decorating the booth my employer rented for the expo. I was tired from standing, but I couldn’t sit down. I had to greet the attendees who wanted to know what my employer had to offer. I had to smile and chat and be enthusiastic even though I was exhausted, and my phone wouldn’t stop ringing.

When I was finally able to answer, it was Deborah. She’s the head of the drug rehab facility my son lives in, and she wasn’t calling just to chat. She was trying to tell me something bad, but I couldn’t hear her because there was a man standing in front of me asking what door prizes I was giving away. I wanted to leave, but I couldn’t. I couldn’t just walk away. I had to do my job to keep my job. The job that supplies the insurance that helps pay my son’s rehab bill.

She was trying to tell me that my son had walked away from the facility. He had been missing for hours. They couldn’t find him. He had no money, no coat, no contacts. She thought he would return as soon as it got dark and cold. I thought I would go insane, but I calmly put my phone away and handed the man in front of me a free key chain. I wanted to throw it at him. I wanted to scream at him. I wanted to tell him my son was missing, and I couldn’t continue to stand on my aching feet and smile and be nice and talk to strangers when I had no idea where my son was or what he was doing. I wanted to tell the man holding the cheap plastic key chain that I didn’t know what to do. I never know what to do.

Dear Diary:
I was in a facility surrounded by a bunch of men who had gathered to listen to my son tell his story of sobriety today. The metal chair I sat on was uncomfortable, but not as uncomfortable as the stares I was getting. I looked so incredibly out of place. You’d think I’d be used to that by now. You’d be wrong. I wanted to leave, but I couldn’t. I couldn’t walk away because the door was locked. I’d driven hours to get to the locked facility for men who will soon be released. Men who have paid their debt to society.

I can’t count the nights I’ve gone to sleep not knowing exactly where my son was living. I can’t find words to describe what it feels like to go to bed with a full belly under a pile of blankets on a freezing cold night knowing that my son, who was afraid of the dark as a little boy, didn’t have a full belly or a pile of blankets or much chance of surviving the hell of addiction.

I thought if I cried enough or spent enough or worried enough or pleaded enough he would stop doing drugs. Eventually, he did stop, but not because of my tears or the money and worry and words I wasted over a dozen years. He said he stopped because he was ready to stop.

As he finished telling his story in front of the packed room, he looked at me and grinned that beautiful, expensive smile that still has a hole in it. I grinned back with tears in my eyes. The crowd began to clap. He walked over to me and hugged me. I never wanted to let go, but I’d learned the hard way that I had to. 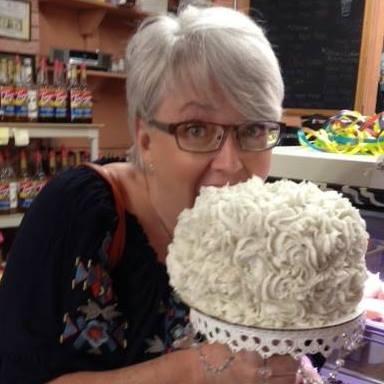 Each week I like to share stories of recovery, in hopes of inspiring those who are struggling and losing hope. There is no such thing as a lost cause, and the stories in this series are proof of that. Keep hope alive.

I have written a book about my own dark journey through addiction and out the other side. It’s available on Amazon HERE.

If you’d like to submit your own story, check out the guidelines for submission HERE.