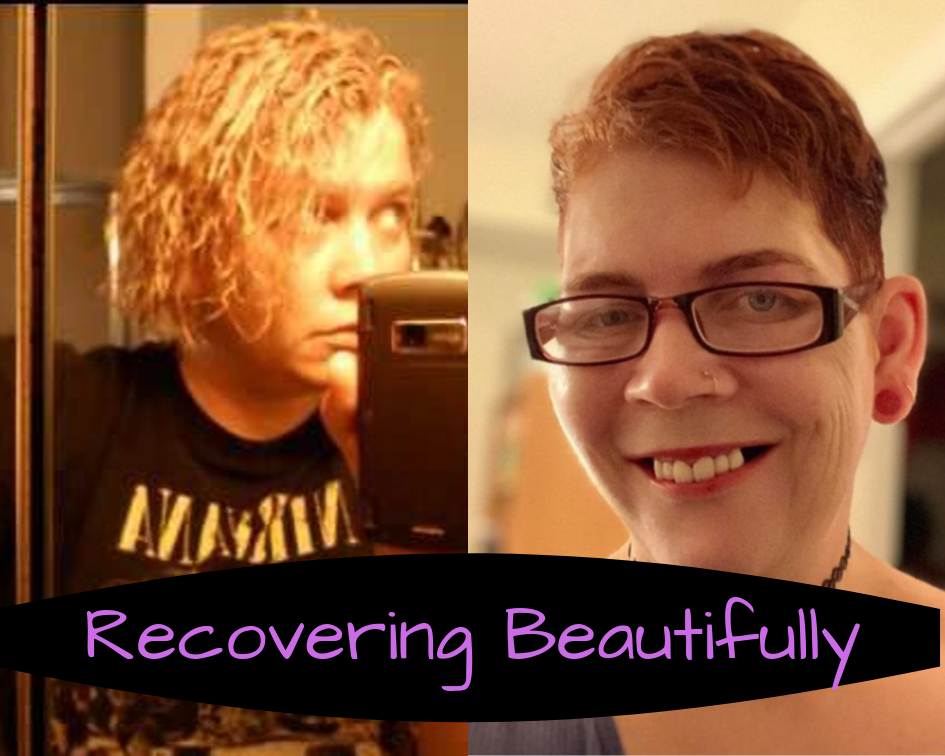 They first came for me when I was 6 years old. I told my parents about the assaults at age 8. The teenagers and men continued the abuses until I was 13. Looking back, as a 45-year-old single mother of a 17-year-old son, I can’t begin to imagine how my parents managed to overlook almost 7 years of sexual abuse. Weekly, sometimes daily, acts of violation were done to me.

The first time I contemplated suicide, I was 8 years old. I stood at the end of a pier on the bay, ready to swim until I ran out of breath, and just sink beneath the waves. I was ready to take the leap. Honestly, there are times when I still don’t know why I didn’t. Yet now, when my teenage son slams his bedroom door, indicating that, yes, he is home ( in case I missed it,) I realize why all the suicidal thoughts and two attempts weren’t meant to be successful. I needed to be here to bring this handsome young man into being.

I finally started receiving therapy for the abuse when I was in college. I wrote a personal essay that had my professor practically marching me over to the counseling center. I was diagnosed with Post-Traumatic Stress Disorder, and am still in treatment for that many years later.

Within weeks after graduation, I had been seeing an “average” therapist and found myself in the awkward situation of being in an incredibly depressive episode. I couldn’t reach him. I tried. All day. This was back when people used pagers instead of cell phones, and his must have been going off all day.

My self-injury impulses kicked in, but I had a job at the time and couldn’t risk being found out. Rather than slice up my body, I took a butcher knife to the apartment walls. I thought about burning the place down around me or setting myself on fire. I kept trying to page him, and he wouldn’t respond. I left message after message on his answering machine…nothing.

Finally, I dragged myself over to a friend’s house, and my friend called him. The doctor called him back virtually immediately, and within the hour I found myself in the local psychiatric hospital. Incidentally, despite the fact that her husband came to visit every once in a while, I never saw that “friend” again.

I was there for 2 ½ months, and while I was there, I was given two more diagnoses along with the PTSD) — Bipolar 2 Disorder ( which was later changed to Bipolar 1), and borderline personality disorder (the second of which, the borderline, has been considered cured for many years now).

I was initially resistant to treatment. Wouldn’t take my meds. Refused to draw “appropriate” images during art therapy (they frequently couldn’t be shared). Yelled at the nurses, or refused to talk. Sitting up against the wall for hours on end, refusing to participate. Some of this was my illness. A lot of it was stubbornness, and not wanting to give up control.

I had been self-injuring (badly) with razors and fire and basically anything on hand prior to admission, so they kept me locked out of my room. One day, while psychotic, I literally ran away and climbed up a tree so they had to climb up after me. I was restrained, handcuffed, dragged through the hall on a sheet (I think I bit someone), yelled profanities at some poor nuns waiting for an elevator…generally a good time.

When they got me back to the ward, they stripped me naked, gave me an injection to knock me out, and left me in the room naked. I beat my head against the wall until I passed out from the drugs. Naked, drugged, and isolated. The worst part was, I was utterly and completely out of control, a victim to my illnesses. When I awoke, I was dressed in a paper hospital gown and hungover, grateful the door was cracked open with someone right outside.

That was my rock bottom. I knew, from then on, I had to do what they said. I couldn’t go through that again. I took my meds. I drew pictures without blood and razors. I participated in meetings. If I needed help in that moment, I spoke quietly with a nurse. I began to get better.

Interestingly, when my family meeting came up to visit right before discharge, the PTSD was addressed, and my dad, even after all that time, still said “She made it up to get attention.” I literally had to be restrained and removed from the room because I started punching the wall in frustration. It wasn’t until the Facebook #metoo movement occurred that my mom finally acknowledged and apologized to me. My father and I have not discussed it again.

When I was 29, I was finally given the “okay” from my current doctor to go ahead to try and have a baby. It was a risky thing to do, as I had to basically go off of all my medications. It had gotten to the point where we basically threw our hands in the air and said “Here goes!” Luckily, I got pregnant right away, and I welcomed my baby boy into the world 8 months later.

I made it through his pregnancy, postpartum period, and two more years before the crash came and I ended up back in the hospital. I bounced in and out of hospitals three times, but will have been stable for 10 years this January.

I was hypersensitive to his safety, and as soon as he could understand words, we started using the “proper” terms for his biology. It was too much of a risk, too traumatic for me to do otherwise. We taught him where it was okay to be touched (NOT the bathing suit area.) I asked him frequently if anyone had touched him. If anyone had made him feel uncomfortable. Definitely overdid it. But if, God forbid, anything happened, I would DEFINITELY believe him. When he was mature enough, I told him the whole story.

Turns out my son has his own cross to bear. When he was in 6th grade, he started smoking pot. We didn’t find out until high school. He said he was using it to “chill out.” He called me in tears one night, asking if we could take him to see a doctor, to anyone, to give him some medicine or something because he felt so sad all of the time.

My son currently has a diagnosis of depression. I actually had someone I considered a friend tell me I was selfish for having a child who had such a strong likelihood of developing a mental illness. I live in fear that his depression will transform into Bipolar Disorder. At the moment, though, all is well.

He is my miracle child, and he is a gift from Heaven (or the Universe, or where ever you find your peace). We thought about trying for a second, but the risks were too high. I was only meant to have him, and he is everything.

Life is weird. Sexual assault, disbelieving parents, suicidal thoughts (there were many more than just the one on the pier, including two serious attempts), self-injury, therapy, PTSD diagnosis, Bipolar Disorder, precious son. I still struggle with impulses (smoking, vaping, self-injury, shoplifting), but I have managed to keep those at bay for years. Yet the impulses don’t go away.

For the moment, all is well. My son is at the top of his class and excels at football and wrestling as well. I have an incredible therapist and psychiatrist. I’ve got my medications keeping me on track. I see my doctor twice a week and haven’t been in the hospital in 9 years. Here’s to smooth sailing.