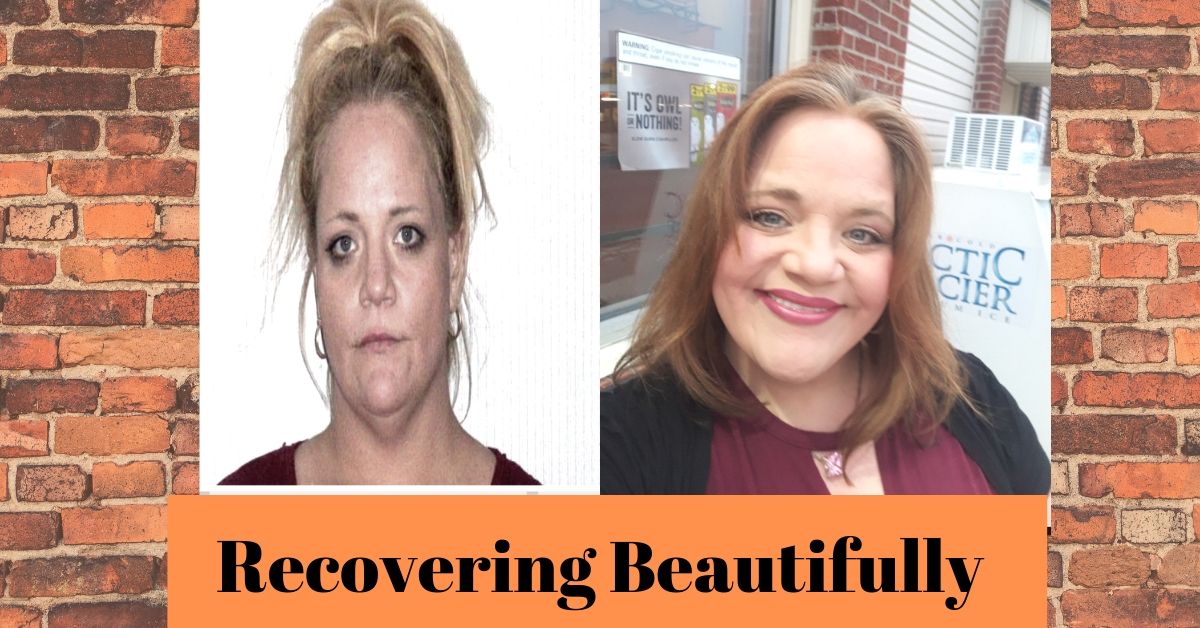 Envelopes.  It all started with envelopes.

Mom would ask me to take “notes” to her friends. I later found out that these “notes” contained quarter papers of methamphetamine.  It wasn’t until I was cooking a batch of it with my mom that I realized that there were no actual words written inside.

We moved from house to house, spent day after day getting high together and living in our most conducive chaos.

I was 16, it was storming, we were on our way to a family Thanksgiving. Such a happy time with an amazing family, or at least it would be after we got high together, in the car, under the highway bridge.

Things continued to spiral out of control for both of us, until one night my mom was headed to the casino. She saw red and blue flashing lights reflecting in her rearview, and she knew right then that it was over.

Two and a half years later, she was released from prison.

In the meantime, I continued to feed my addiction. The only real time I had spent clean and sober was when I was pregnant with the best thing that ever happened to me.

Even after he was born, I went back, justifying my drug dealing with “balanced motherhood”, whatever the hell that was. Nothing had ever been balanced in my world. Not yet anyways.

I had only ever been afraid of three things; losing my son, losing my mom and going to prison.  God must have known that. Turns out He knew alot that I never gave Him credit for.

It had been three or four years and my mom never went back to drugs. Lies, manipulation and hardship were another story, but not drugs. She tried, but she never reached her full potential.

She never gave up on trying to convince me I could be better. On this particular day, I was so angry at her for trying to change me. I mean, it was her fault,right? I made sure she knew it too as I pulled out of the driveway screaming, “I hate you! I hope you die!”

I had no clue how those words would haunt me.

Twenty minutes later, I was the one in handcuffs for drugs—just across the way from where she had been arrested—on my way to the casino.

I remember thinking “Wow, this is it, I am not getting out of this one.” I was right, and that was the longest 4 and a half months I had ever spent in jail.

Trust me I had alot of visits to choose from.

I had always told my mom that if  I was ever arrested for drugs to take my son as I wasnt doing right by him. I was arrested on the 14th and she had guardianship of him on the 15th.

While I was in the most awful lockup I had ever seen, I was blessed with support from my family. This felt strange but I didn’t realize what had been happening while I was gone.

I went to go visit my mom after I ate the best post jail food ever created. That’s when I realized we had pulled up to a hospital not her house.

Three days later my mom had been diagnosed with terminal pancreatic cancer,  and six months later we lost her. I was able to hold her hand with my brother as we watched her last breath.

It’s ironic how it wasn’t until my mom was dying from cancer, that we were able to finally be healthy together. We had righted all our wrongs and she had taken responsibility for my childhood. Or lack thereof as the case may be.

I have my son back now and I will never lose him again. In a few days I start college again to complete a degree in social work, with hopes of becoming a drug and alcohol counselor, so that maybe all of the pain I put everyone through.. won’t be in vain.