Overcoming Autism: A Mother’s Story of Triumph in the Face of Adversity. 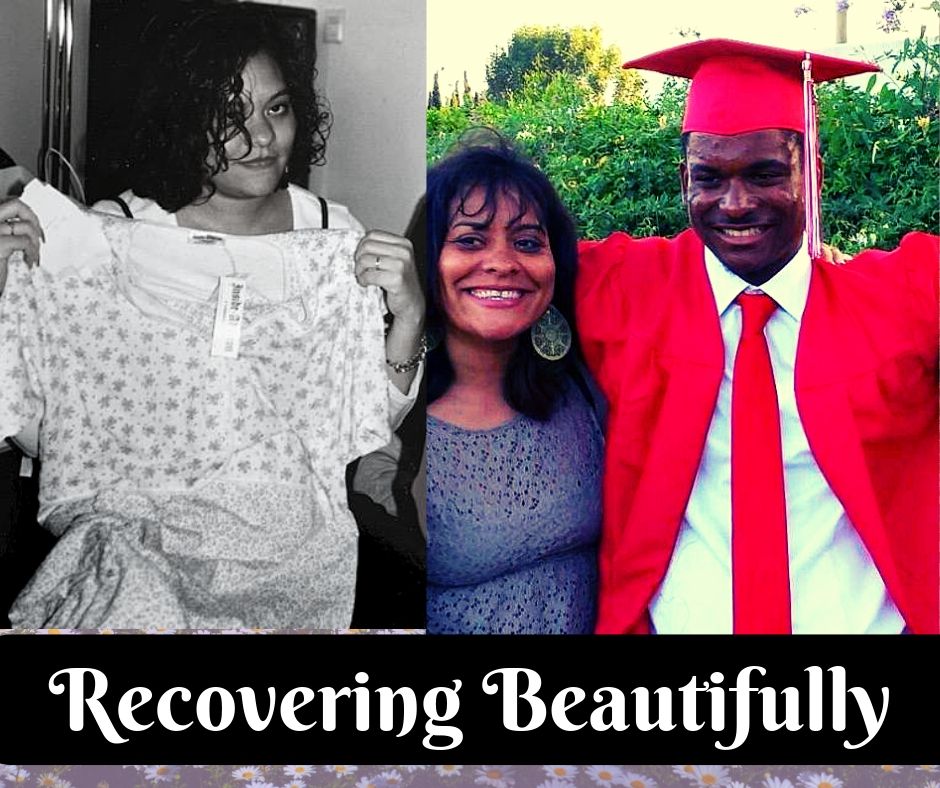 I remember the day so vividly, the words ringing hard in my ear pressed against the cold phone, “You’ll need to come into the office. Something is off in the numbers on your AFP test.”

The nurse from my OBGYN’s office announced this to my five months pregnant self and, I’m sure, braced herself for the onslaught of questions I would fire off.

Me: “What are the numbers?”
Her: “They’re the highest we’ve ever seen.”
Me: “What does it mean?”
Her: “We’re not sure. It could mean twins, but the numbers are really too high for that. It could mean the baby is no longer living. We can’t tell without doing an amniocentesis.”
Me: “He’s alive. I feel him moving.”

And with that resolve, with that mantra, with that belief that sprang from the core of my soul, I held on until I could see the doctor and get results of the amnio (“Something wrong with the placenta; but we don’t know what it means. He will very likely not make it to full term.”) and kept holding on after my son was born, full term, via emergency C-section following eight hours of natural labor.

I held on with a grip so tight that my soul shook when the attending specialists said my beautiful, tiny (4 pounds, 5 ounces) baby boy was blind, deaf, had congenital heart disease and some rare communicable disease that would likely cause him to die by age 7.

I sank into the pillow of the slab-like hospital bed and prayed and focused and willed the darkness away. At one point, after announcing to me that they had run two tests with positive results for the “rare communicable disease that will likely cause him to die by age 7,” and hearing me say, simply “No.” That particular specialist returned to my room and said, with a shake of his grey haired head and a smile curving up at his lips, “Whatever you’re doing here in this room, keep on doing it. The third test came back negative.”

A few days later the cardiologist returned to say that the hole in my son’s heart had “Closed up on its own.” More specialists came to deliver the news that he, in fact, was not blind nor was he deaf. And, so it continued…me doing the soul wearying work of holding on to faith against all odds and the specialists doing the work they do to save lives every day.

Ten days after his birth, my son came home with me and his dad. That’s when, as the young folks say, “Sh*% got real.”

By the age of almost four years, my son had very little language. He rarely cried due to pain. He amazed the nurses when he got four vaccination shots at once and simply, serenely said his version of “Knock it off.”

He did cry every time I left him at childcare, or tried (unsuccessfully) to leave him with his only aunt, or went into another room where he couldn’t see me, or tried to get his hair cut…every…single…time. Other than that, he was “Such a great baby!”

I heard that a lot. I heard from strangers in the cafés where I sat and chatted with my sister or best friend for hours while my “great baby” sat silently, smiling up at me or spinning the saltshaker around and around on the table.

I heard it when people learned that, since aged two years, he would happily climb onto a chair, turn on the computer and watch the exact same Dr. Seuss ABC story on CD over and over and over again for hours on end if we’d let him.

I heard what a great baby he was when people found out that, from infancy, he’d lie awake most of the night, never crying, just lying in his crib or drinking milk, of course, and would wake at about 9:00 or 10:00 in the morning, if allowed to sleep as long as he liked. And, since it’s what I wanted to believe, I also decided it must just mean that he’s “such a good baby.”

But, the assessment by the special education team of the local public-school district begged to differ.

I’d contacted them when my son’s preschool teacher said, “He’s not speaking like he should at this age.” I’d contacted them when my best friend, herself a mother of three at the time, asked if I was sure my son could hear. The special education team assessed my son as having a speech and language disorder. Though I felt my soul’s grip slip ever so slightly when the words “speech and language impairment” were mentioned, I thought, “That doesn’t sound too daunting.” I didn’t know what I didn’t know.

Special day class kindergarten held more highs (learning to use his words: echoing “Day” or answering, “I am wearing short pants today” when asked, “How was your day?”) and lows (perseverating on gardeners and ice cream trucks to the point of counting them as we drove on the streets, listing the items they work with repeatedly (“Gardeners work with rocks, dirt, sticks, grass…”), and crying when he heard them coming).

When we moved and I enrolled him for first grade in a private school featuring a “child centered learning model,” he was asked to not return for second grade. My face flushed with shame even though I’d been at the school multiple times each week trying to help the teacher help him with the unstructured, verbally loud, overly stimulating classroom environment that had him holding his hands over his ears, hitting, hiding and crying while other kiddos simply chose a puzzle or activity and looked at him questioningly.

Little did I know it would get so much worse, and so much better.

It was his second grade, public school, special education teacher who said the words, “I think it may be autism.” I was by then a special education teacher myself, having left the corporate setting when my son was initially assessed by the school district that identified him as having a speech and language disorder. I was determined to learn to help my son and other children like him. My students had other disabilities and I knew almost nothing about autism at the time. I did the same thing any other parent would do; I googled it.

When I saw the one-page chart of common symptoms of autism I felt as if someone had just explained the beautiful, confusing child I loved with all my being.

I took more courses. I took a different teaching assignment. I became an autism specialist by profession, by passion and by purpose.

My awesome son is 24 years old now. He participated in special education classes from kindergarten through 12th grade. He was taught by public school teachers who are passionate about teaching people who have special needs.

He also taught himself to swim because he couldn’t understand the instructions of the swim instructors when he was a little guy, and kept being asked to move over to the side of the pool. By the end of high school, he was on the varsity teams for water polo and swim and he won races and set records to the delight and astonishment of the crowd.

No one asked him to move over to the side of the pool anymore! One time I overheard one of his teammates bragging to an opponent, “Dude! This dude never comes up for air! He’s like an autistic beast!” I beamed with pride. His teammates dubbed him “Maddawg” as a play on his last name and his tenacity in the pool.

A community college recruiter approached me and asked if my son, MY son, could come to his college and compete on the swim team! And, my son did just that.

He took college courses with the help of the Disabled Students Services Department, and he won more races and set more records.

And that’s when I saw it, the full circle of triumph over adversity.

I’d seen many victories along the way to be sure, from the overturned medical diagnosis at birth to the fact that my son learned to read when “experts” thought he never would. But when my son was recruited to go to college as a student-athlete I saw the total triumph of light piercing through darkness.

I saw that my son’s lack of pain response was why he could swim like an “autistic beast” blasting past his opponents.

I saw that his intense focus on one topic and insistence on routine was why he never missed a practice and did exactly, literally exactly what his coaches told him to do.

I saw that his difficulty with language made swimming a perfect focus for him, one at which he could excel. And, most importantly, I saw that he had found the joy of being good at something, really good, because it is a part of one’s purpose.

And, I saw that he spread that joy to others and taught them to see past stereotypes of perceived limitation.

Now, my son works in a career with the assistance of job coaches, his competitive swimming days placed behind him when he finished his second full year of junior college and declared with his trademark smile and even voice, “That’s it for me. No more. I’m done. Nope, finished. I gotta focus on my job now.”

He continues his brand of excellence at work, picking up extra shifts when co-workers take a day off here or there. He is never late; never out sick. His supervisors rave about his dependability and work ethic. And, there it is again, that triumph over adversity.

It’s in us all; but it’s in the battle. No battle, no victory. And, to be sure, life holds many types of battles. None of us are exempt. But, if we dig in, press in, hang on with a steely grip to the corners of our souls; the triumph will appear. It’s just over the horizon; always, just over the horizon.

To read more stories of hope from those overcoming adversity, click HERE.

I wrote a book about my own struggles with overcoming addiction, it’s currently #1 in drug dependency on Amazon! To read it, click HERE.

To submit your OWN story of overcoming adversity, see our guidelines HERE.