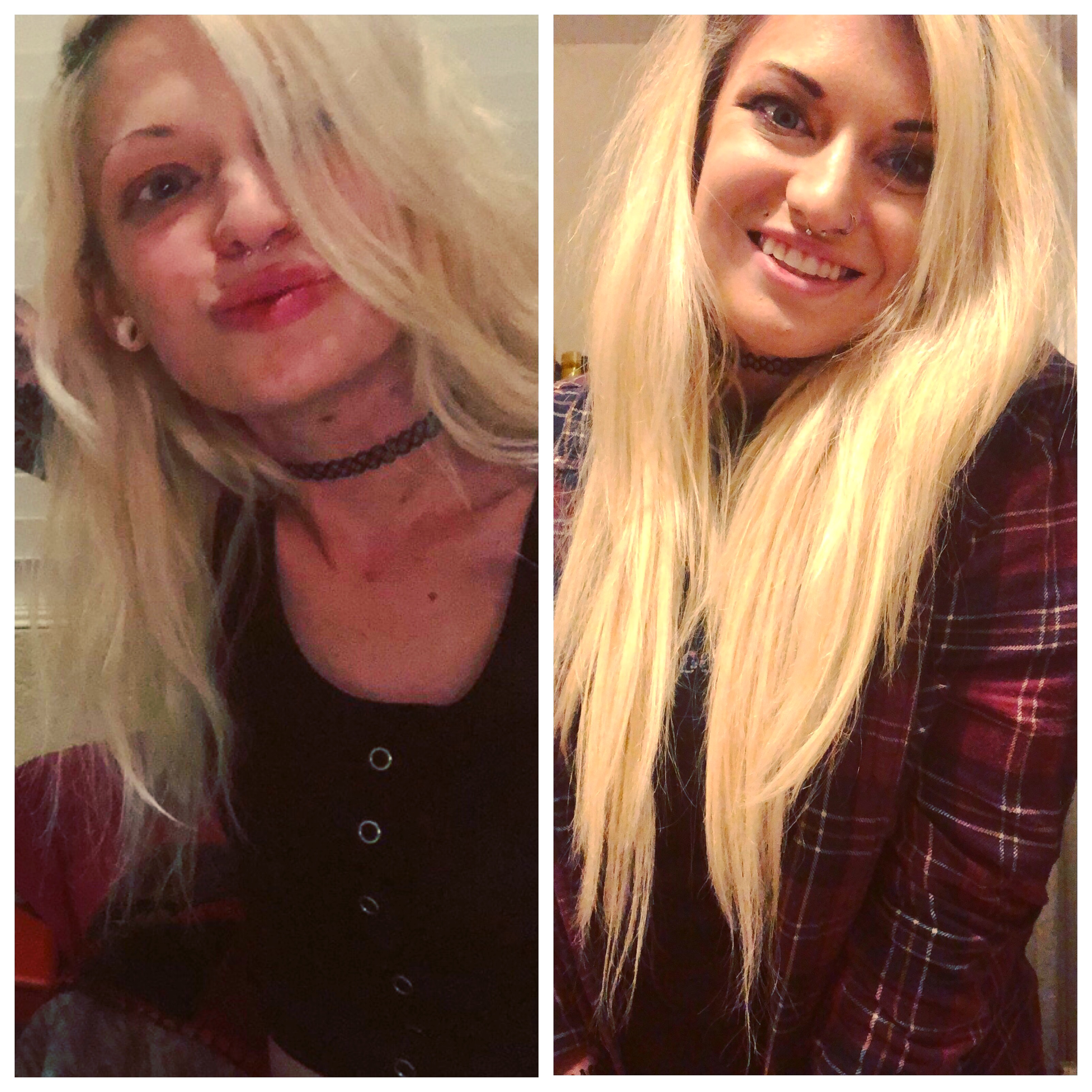 My story starts off like most that you hear of heroin addicts these days.

I am a 27-year-old female raised in an upper-class white family who, on the outside, seemed to have everything that everyone wanted. The big house, a family with money, dropped off to school in a BMW.

What I didn’t have was a father who remembered the night before or a mother who was there. My parents divorced when I was seven years old. I only remember hearing the screaming from the vent by the head of my bed. My TV was on a sleep timer. But I turned it back on to drown out the sound.

My first memory was my younger sister and I going downstairs on a particularly bad night of fighting and putting pots and pans on our heads in an attempt to stop the screaming. I wish that I could tell you that this is what led me to a 13-year love affair with heroin. But it isn’t.

I was the loser at school who told everyone that weed and alcohol were gateway drugs. A walking D.A.R.E. advertisement, if you will.

I met a boy who I dated for 9 and a half years. I still to this day struggle with the belief that if a man doesn’t make you beg for his attention – well, then, he doesn’t love you. He fell into an experimental phase with drugs and eventually those drugs led him to heroin. I spent my days begging him to stop and asking why he didn’t love me enough.

One day, I decided that he certainly didn’t care when he was high on heroin and I didn’t want to care either and so someone offered me a line of heroin from a Pink Floyd CD case, this is where it started. It took off like wildfire and it showed no mercy.

There. was. never. enough.

Heroin controlled my life for the next 13 years. It took and took and took from me. Or I should say I GAVE. I wish I could tell you I didn’t know how horrible heroin was. But I did. I knew what I was doing. But I can’t exactly tell you why I did it.

Heroin fixed things for the hour or so that it disassociated me from “the real world”. But then I needed more. I slowly stopped caring about everything and everyone causing me to lose them just as quickly as the thought that entered my head.

If I met a guy willing to date me, I held on to him like my self-worth depended on it. I took him down with me and made sure I made him think it was his fault. I was toxic. I was your worst nightmare dressed up in an impeccable style, blonde hair, blue eyes and the perfect makeup. Anything to make you think twice about what they said about my being a heroin addict.

My mental state started to deteriorate. I obsessed over my weight. Anything above 3 digits on the scale was unacceptable. Food became a distant memory and a close enemy. And I was unwelcome at holidays much less in family homes.

I can say with confidence that I never stole a thing from anyone. One thing I kept were my morals. I never sold my body for money or drugs, I kept jobs that paid me very well, so I didn’t have to.  Early 20s with a 6-figure income and a raging heroin addiction meant that I was never sick. But I didn’t pay my rent because I spent it all on drugs. So eventually, I got evicted. I lost my dogs.

My addiction took some time to manifest into it’s greatest devastating intensity. I took about 11 years to pick up a needle. I swore I never would. But we all know what they say about those never’s.

As soon as I invited the needle into my life, the rest of the things that I loved, left; and with it came my first overdose. I decided to go to a rehab for detox to get my family, friends and boyfriend to get off my back. I left after detox telling them that’s all rehab is. Being that no one was really educated on the severity of what I was battling, they went with it.

I left with someone there and an hour later had a needle in my arm laying on my kitchen floor. I wound up in a coma for 3 days in the ICU with a tube down my throat. I woke up & tried to pull the tube from my throat because I was sick and I wanted to get high. I AMA’d and got high. 8 overdoses followed.

About 6 months later, my boyfriend had had enough. I had started a relationship with someone else online looking for the love that barely existed between us anymore. Begging him not to go, I agreed to go to rehab, over and over and over again. But he saw right through it.

I agreed to go to Florida for treatment. 60 days in, they kicked me out and I found a sober living house. An uber that wasn’t an uber wound up kidnapping me, human trafficking me, beating me almost to death and locked in a room for 11 days.

I am blessed to be alive, even with the scars.

This is what heroin has brought into my life.

I went right back to rehab after what transpired in Florida and I never really properly dealt with what had happened, so I wound up relapsing.

I was on a year-long run again when I found out my brother passed on November 25, 2018. I was living in California. I was excited to come home and see my boyfriend when I went back for the funeral. But I had quickly learned that my boyfriend was cheating on my for the past six months.

I was devastated. Suicidal and done with what my life had become. I said I was going to kill myself. Maybe to control him, maybe for attention, maybe a cry for help. I’m still not sure.

That night, I wound up arrested. This was the second time. That summer, I was arrested for felony sales to support my habit. Before that, I’d been to jail overnight a few times for possession. But nothing like this.

This time, I wasn’t going anywhere. I sat in jail for 3 months on warrants. I saw what my life had been turning into as the high wore off and reality set in. That boyfriend who promised to be there never answered a single phone call. After 4 years. I have never experienced such pain, regret, disgust, shame, guilt and loneliness.

The court mandated me to treatment and probation. I just got home 3 days ago. I am so grateful and so blessed. I am coming up on 90 days clean. My life is by no means fixed or perfect. I still have a broken heart. My ex is still with the girl he cheated on me with. But how did I constantly expect people to put their lives on hold for me when I couldn’t get mine together?

I am owed nothing by anyone but myself. Today, I give myself time. Today, I love myself. Today, I am free of the chains that are heroin. I am blessed. I am happy. I am alive. And that is the most beautiful thing ever.

I wrote my own story of recovery… to read it click here.

To submit your own Recovering Beautifully story, follow the guidelines here.