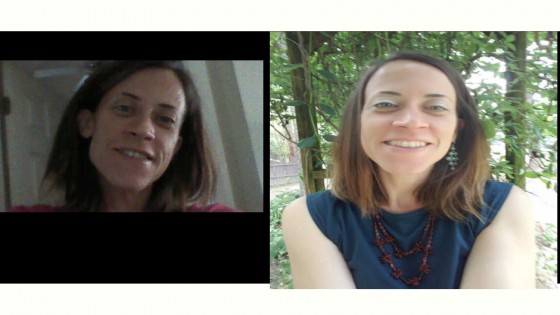 Ironically, I would normally post about recovery from addiction; which will no doubt be a constant struggle of mine.  However, living with abuse is what actually caused me to become a shell of a person.

My raver days and journals to God and drugs for decades were all set aside when I married someone.  He had a slow manipulative grasp on my soul, my heart and love of life, my no twelve year old son.  My son has autism and we met my husband closely as friends when i was a single mom working a corporate job.

We thought he hung the moon, and he sure did. He showed up to special education meetings, holidays and family life. He embraced autism and all that seemed to matter in our world was our future together.

Having left all drug and religious-perfectionist thinking of a simple life to complete us behind. He lived a life of prostitute-addiction and was a pathological liar seeking to gain status in middle-class America.

Then I started catching the lying, but I ignored it all until cheating was revealed in the most obvious habit pattern. I paid for his college, teeth, lifestyle, etc and lived on every penny; working part time and from my previous career’s settlement. But all of his bank accounts were not to be seen or touched.

I believed he struggled and thought that I could save the father/son relationship I believed would happen for my son.

He became angry after his father passed and would rape me, throw things, lock me out of the house. Or he would hit not only my autistic son, but also my toddler at the time. They would cry and scream as he hit and yelled more. We would cower and it would make him more angry.

I slowly disappeared as a person.  I was terrified he would cheat again so I would beg for proof of receipts and pictures while he was out, Which would lead to me paying the price in bed later that evening with pain and humiliation.

His power grew and I began hurting so much that it was physically difficult for me to walk at times.  We made it through barely keeping him calm. I stopped drawing and going to shows, I became fearful of the world and him, YET I STAYED.

They told me to hold it together for the kids, and I really did try.  I became sick all the time and we lived poised for his entrance every night.  And somewhere down the line, he took away my ability to care for and console my children. I couldn’t touch them or help them with scrapes and scratches, homework, physical abuse, or being called braindead brats!

Sometimes myself or the kids would hide in the bathtub to get away from him. All the while making me feel confused and promising he loved me.

We grew to live this way as a family, my kids knew nothing else. He slept on the floor with my youngest for about 3 years while I would be shaking in the bedroom not allowed to come out. My oldest knew he couldn’t come to me no matter how bad his autism affected him. My husband conditioned him to think that coming to me would lead to him being beaten.

I left after making it through a holiday season to appease extended family. He had forced me to drink enough to pass out despite my resisting. He stripped me and took photos while of me while I was asleep. He sent them online for days and supposedly it was his new online job that he was starting from home from me tablet.

I had been asked each time to take the kids out so he could get this work done until I discovered what he had been doing. The anger was fierce!

I had no account access, food or a place to stay so I fled to my parents house. I stayed there for a bit and raised my two boys. But he eventually crept back in.

This shocks me still, but I was so brainwashed into believing that he was the only way me and my children were going to survive.

We rented a new home and believed that it would work this time. But, he took out his anger on his stepson again. My son began to self harm and write about his anguish and we all still had to walk on eggshells around him. Although, this time, I started to get angry as well.  Perhaps subconsciously, I was angry with myself for sleeping beside someone I feared every night. Underneath it all, I never forgave him and I was angry with myself for going back to him after having proof not to.

I became even more depressed and was not the mother my children deserved. I became wreck-less and put my family through a shockwave of behavior that I still cant believe came from a girl full of love and passion like myself. I just gave up.

And thats exactly what he wanted; for me to become so worn down until there was nothing left of myself.

One night, he wooed me with a homemade meal and wine at home which meant he needed sex, or else. I went with it and felt genuinely happy and hopeful, as we spoke of a baby and saving for soccer for our little guy, he snapped and his eyes were black.

I ended up slammed into a wall for several minutes as he screamed about sex in my face while holding me down. I called the police and I finally had courage to press charges.

People turned their backs on me, but I realized the same lesson the ravers did

*Evil has no bounds and can control others*

Thankfully, I am out and will never return! I homeschool my oldest son after seeing the pain he went through in public school. They segregated him and deemed him incapable when he has all that he needs to be successful!

I left this man in February last year and have an apartment, a job, a car, and my boys. A new life and the knowledge that I have no idea what happened for the past 8 years but that I am so glad it is over! I made the right choice for my sons and that the truth will set them free.

I wrote my own story of recovery, click here to check it out

To submit your own story of recovery click here!