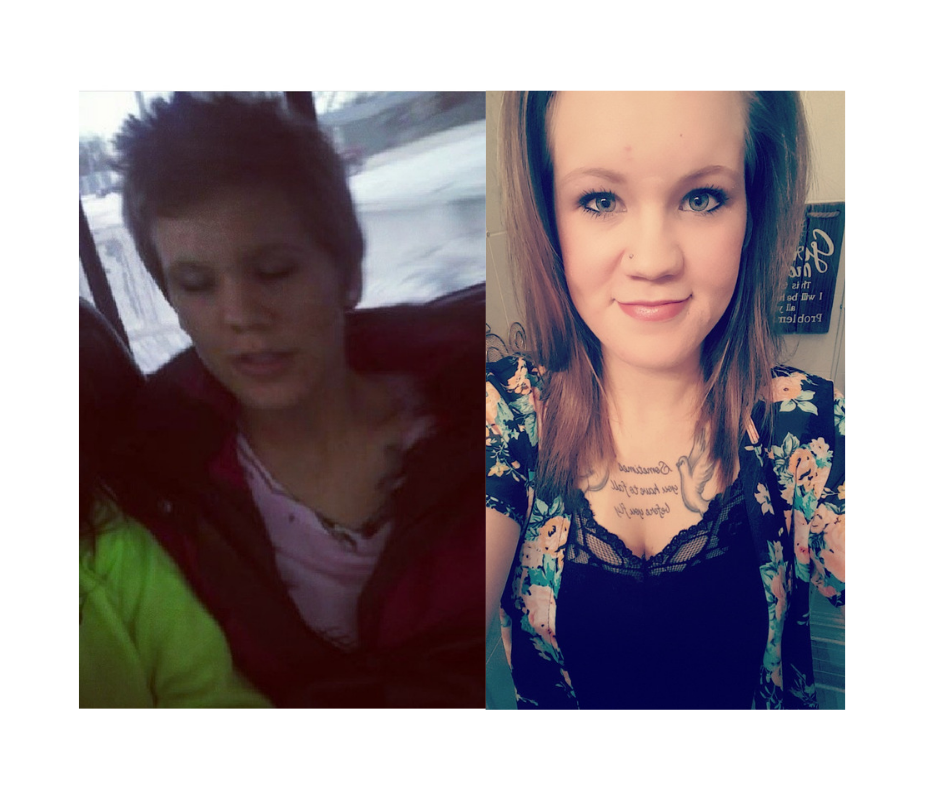 Leaving a parent at a treatment center time after time at a young age was life changing. It is a feeling that could only be understood by another child who kept losing their mother over and over to addiction.

I thought it would be my lesson on not abusing drugs, my “what not to do.” In a world where I just wanted to be better; things kept happening that brought me farther down.

I wouldn’t say that my sister and I had it the worst, but we didn’t have it the best either… not even close. On the outside looking in, I think we did well at masking the truth of what was happening, but this isn’t about that. This is about the truth behind my addiction.

When I was about fifteen, I found out something that completely shook my world. I wasn’t anywhere near ready to hear about the details of my creation.  I felt like was a living, daily reminder of a horrific event that my mother had to endure; and my mind raced wondering if I would be like the monster that forced my creation.

I felt lied to, betrayed. Like I was all alone and that deep down I was unwanted. If I was told now, instead of then, I would have taken it much better. Life unfolded the way that it did, I am here, and my family loves me no matter what. I wish I would have seen it like that back then.

I drank to forget, turning my days and nights into black out drunk adventures. I spiraled fast and the next four years were a complete blur. People definitely saw me as the fun party girl. If only they knew… I just didn’t want to feel or think anymore. I would get caught up in fighting a lot because I would never be able to hurt the person that hurt me the most.

At fifteen, I took some pills because I said I didn’t want to live anymore. Looking back, I think I did it for attention, a cry for help.

At eighteen I took a bunch of pills with a lot of alcohol. I believe that I did truly want to die that time. But once found, I was sent to rehab for alcohol abuse and it turned into one the worst mistakes I ever made.

I went to treatment to get better and in all reality, I soon got worse than I ever was. After rehab I moved to a town far from home with a person I met in rehab. Things were okay at first. It felt good to be away from everything at home and be somewhere where nobody knew me. I felt at peace with life.

But the feeling you get when you first shoot meth is unexplainable. It makes you feel more alive then you have ever felt. It quickly tricks you into thinking that the only way to feel alive is with a needle.

The next three years cycled like this: get high for days maybe weeks, fall out wherever I may be at that time, then wake up wherever after however long it takes and then go get high again.

I couldn’t fool anyone, I was lost, I didn’t even try to hide it. One look at my arms and you would have no doubt. I didn’t just use to get me through the day, the high wasn’t even my favorite part. It was the rush, and since that doesn’t last long, I had to do it over and over again… just one more time.

My arms were so bad that I would cry on the bathroom floor or have people try other spots on my body because I needed that high. When I moved back home, needles weren’t as accepted so I went to other ways. Of course, nothing was as gratifying as injecting.

When I met my soon to be fiancé he also preferred injecting, so it worked out well to go back to using the way I wanted. Selling and using drugs became my way of life, and soon turned into all that I thought about.

One day I decided I was done, and I knew it was my time. After a few relapses and the feeling of defeat it clicked, I didn’t want to live that life anymore. Would I stay clean forever? I didn’t know but I did know that for that day, for that moment, I was done. It wasn’t until 2 months later that I knew without a doubt I wanted away from the lifestyle.

Two months after getting clean I found out I was four weeks pregnant. Talk about timing! I believe I was given an angel; my child saved my life.

Even though I have been clean for three and a half years, using could be so easy for me. My mind still plays tricks on me telling me I could just do it once for fun. It takes me a second but the moment I think about my child it’s an easy choice. I won’t give up him for a drug.

I told myself I would never live a life of addiction because of what I saw growing up. Maybe it wasn’t about me this entire time. Maybe I went through that to open my eyes up about what I wanted for my child.

I will never let my son go through that. He won’t ever drop me off at a rehab center. He won’t have to have visits with me; and I will never have to watch him cry as he drives away. Maybe I lived it so my son doesn’t have to.

To submit your own story check out the guidelines HERE