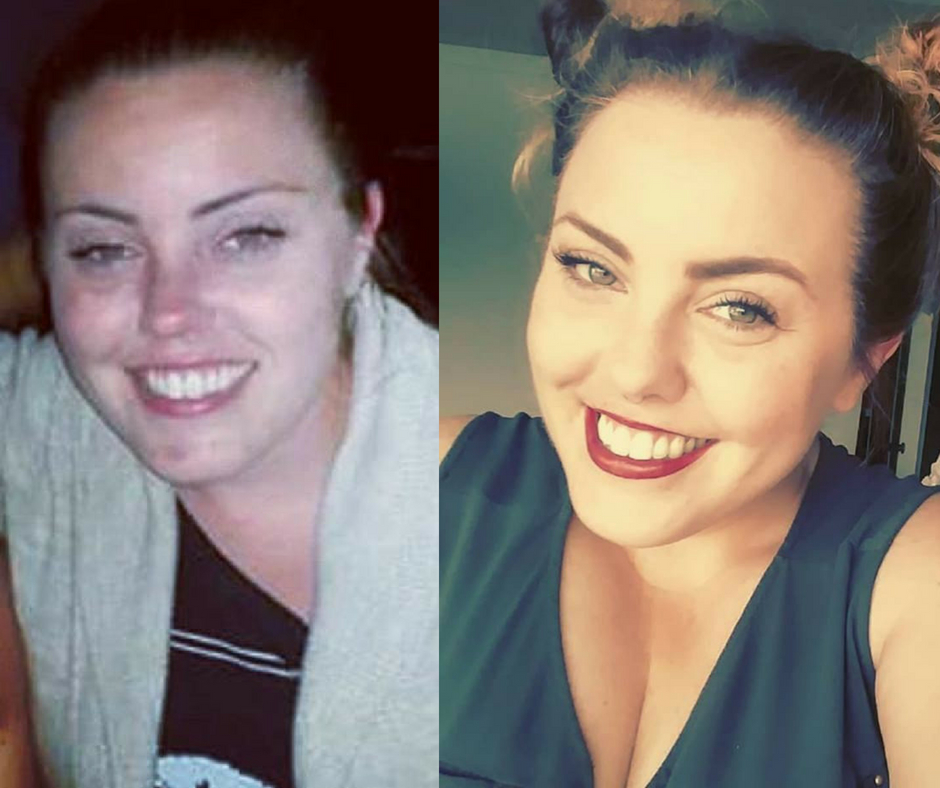 It was a Saturday during the wee hours of a frigid November morning in 2015 that I had finally been found out.

The wails coming from my hysterical sister’s mouth were horrific. We were on the back patio of her home, and I had just confessed to her my truth—that I was a drug addict.

I was out of options. Just minutes before she had caught me crawling on my hands and knees into her bedroom to steal money out of her wallet, while she and her boyfriend slept less than two feet away.

The day before I had scored enough pain pills to last me through the weekend, only problem was, I had taken them all by 10pm that same evening. I’ve never been one to save for a rainy day.

I had been routinely stealing from my sister for the better part of a year. She was a bartender and she always had a lot of cash on her. $50 here, $100 there. I would pay it back I told myself. I just needed to feel okay for a couple more days, the next two weeks, get through the horrid holiday season. I couldn’t get sick; I had a job to go to, bills to pay, and a boyfriend to keep happy.

So, there we were on the back patio. I was crying at the realization of the pain I caused her, but more so I was crying because I knew that the jig was up. It would be even harder to get money to support my $300 dollar-a-day pill habit. She was crying because her best friend and confidant (that’d be me) had betrayed her in the worst way possible, I had become our mother while no one was looking.

In late January of 2014, my mother became ill, and by March 8th she had succumbed to liver failure, caused by untreated Hepatitis C. She was 58 years old and until the day she died, she was an opiate addict. All the time she was in the hospital, slowly dying, I was taking pain medicine KIND OF as prescribed. They helped me stay void of emotion and talk to the doctors without being hysterical. By the time I knew what hit me, it was too late. My body was dependent on the pills as was my emotional and mental stability on which I relied heavily to ‘do life’.

I didn’t know which way was up. The only direction I had was to the bottom of a pill bottle. Previous to my mother’s passing I had had issues with drinking but was able to stop on will power alone. I was miserable, but I was sober. Her death brought a perfect storm to a head. I had a Hydrocodone prescription from my family doctor to treat migraines and I was in an empty one-sided relationship. It was all too much and I got caught in the undertow.

I began living a double life. Besides my Monday through Friday, 9 to 5 career, I was working a second job as a hustler. From sunrise to sun-up I was on the lookout. I had several drug dealers (all who were pretty lousy at their job, mind you) and a few friends who used me as a middle man to buy pills (which meant I got in on the take). Kinda funny, but I was never good at math until I became a drug addict.

I became a monster, an evil, calculating, and cold-hearted piece of shit. By the end of my active addiction I had created so many lies and fabrications that it was getting hard to keep up with them. I was a horrible employee; I missed work all the time or was puking in the garbage can under my desk. I think I held the record for most doctor visits, flat tires and family emergencies in a calendar year. I was a despicable partner to my boyfriend and an even worse parental figure to his eight-year-old daughter. I couldn’t be a good friend, because I only wanted you around if you served a purpose that would benefit me.

I was never afraid of dying. Dying would have been a welcome reprieve. I was afraid of being alive and feeling the pain that every day undoubtedly held for me.

I had a tumultuous childhood. My three sisters and I were raised by a mother and father who were either miserably sober or not sober at all. I don’t remember a whole lot from before age 10, but I know that most of the time, my home life was not one of peace.

There was a copious amount of yelling, even more crying and tons upon tons of secret keeping. In addition, I was born with a congenital birth defect called Polydactly (malformation of the hands) and by the time I was 10 years old, I had undergone nine reconstructive hand operations.

This caused me to miss a lot of school, a TON of important bonding/developing time with my peers and made me an easy target for asshole kids to pick on. My parents divorced during my first year of middle school and at some point during that year I was diagnosed with Adolescent Idiopathic Scoliosis.

I had three separate spinal operations over the next year, as the curve was too advanced to brace; the first to determine the cause, the second to affix two titanium rods onto my spine to straighten it and the third was to take out part of the rod they just put in. To this day I’m not exactly sure why. One day while recovering at home I specifically remember telling my mother to stop giving me pain medication because I liked it too much. Talk about foreshadowing. Unfortunately, those operations did nothing and my scoliosis was not corrected. Once again, I was different from my peers. I endured taunting and bullying over the next super-important developmental years, 6th through 12th grade. I was convinced I was a hideous freak who didn’t deserve love. And the person I deserved it from least of all, was myself.

When I was 18, I discovered that alcohol made that negative voice in my head shut up. I didn’t drink every day, but every time I did I made sure I got good and drunk. I can even pinpoint the first time I consciously chose alcohol as an escape. It was at my sister’s wedding in which I was a bridesmaid. I was ecstatic to be standing with her, but that joy was overshadowed by my constant negative inner monologue and the fear that all anyone would see as I walked down the aisle was everything I hated about myself.

As if that wasn’t enough, I was also asked to give a toast during the reception. I wanted to be anywhere else. I proceeded to get nice and tossed at the open bar because I knew it would quiet that voice in my head that told me I wasn’t good enough.

When they caught on to my game at the open bar I went around to tables chugging half empty wine glasses. As for the toast? I don’t remember a word of what I said, and I still refuse to watch the video to find out.

As my life carried on I became the girl who ran from her problems, who relocated when things got tough. I messed up on the regular and always had someone waiting to pick me up when I fell. I relied on the validation of the opposite sex to keep my self-worth afloat. I was sexually assaulted more than once. Somehow, I never got a DUI, but I could have hurt myself and others on numerous occasions. I flunked out of community college and drank my way through a full scholarship AND financial aid. I had no purpose or sense of self, I was floundering and if you had asked me, I wasn’t worth the lint in my pocket.

All the events of my life had brought me to that cold November morning. Soon after my big reveal I found myself picking out a rehab in sunny Orange County. On November 24th, 2015 I woke up in the full throes of withdrawal at Hope by the Sea, a treatment center for substance abuse. I was 31 years old and what seemed to me to be a gigantic failure. I felt shame, guilt, fear, anger. I had done so many horrible and disgusting things, ruined so many relationships with people that I loved and who loved me.

But there was another unfamiliar feeling sprouting through the cracks of my bruised and battered psyche. That feeling was hope. I didn’t have to be this monster anymore. I didn’t have to hustle to find my fix and I didn’t ever have to use again if I didn’t want to, I finally had a choice.

I have been free of all mind-altering substances since that day.

I won’t sugarcoat it; these last three years have not been all rainbows and unicorns. It’s been a rollercoaster. I have gone through things that were horrific. I have watched friends die of this disease, I have lived in my car, I have been in incredible amounts of mental and emotional anguish. I have a diagnosis of Clinical Depression which is a struggle even on good days. But along with the valleys there have been some epic peaks.

Today I am allowed to be in my family’s life and be an aunt to two beautiful nieces and two dare devil nephews. I have healthy relationships with people who count on me and can trust me. I have a job that lets me help others when they are first getting clean. I live life on life’s terms today and every day.

There are days I want to escape it all with the help of substances, because I am still that scared teenager who wants her mind to be quiet. She will always be in there and she will always be a little bit scared and unsure. But sobriety has given me a huge gift. Now, when that girl is scared, she believes me when I tell her she can do it. *

TO SUBMIT YOUR OWN STORY, CHECK OUT THE GUIDELINES HERE:

I WROTE A BOOK ABOUT MY OWN STRUGGLES WITH ADDICTION, ORDER IT HERE!

To read more from Coco, the person featured in this weeks article, visit her blog HERE: