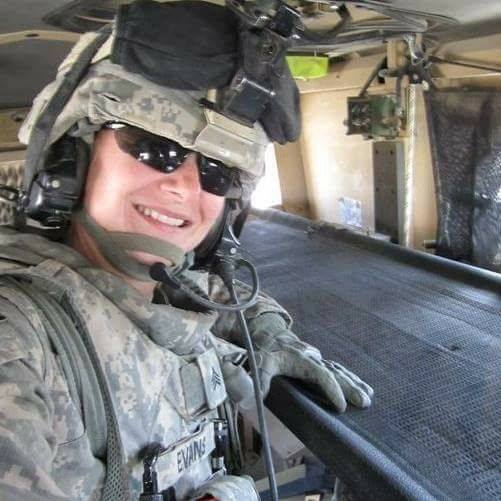 So what went wrong??

After high school, I met….him. He was the “bad boy”. He was handsome, charming, said all the right things, and for some reason, he showed interest in me.

The first time he hit me was because I made a joke at his expense when we were hanging out. Nothing awful, something along lines of, “Pink would be a great color on you,” and I giggled. He slapped me right across the face. I was blindsided, really.

The slap was instantly followed by apologies. He seemed genuinely sorry for what he did. I had never experienced abuse of any kind, so I had no idea how to handle this type of situation and I forgave him. Hindsight is always 20/20.

Then it really began… The “rules” of our relationship: I was not allowed to wear makeup, lip gloss, form fitting clothes, have a cell phone, have friends, speak to my parents, and the list continued on.

On one occasion, I came home from work wearing a pair of pants that he thought were too tight, and he literally threw me to the floor and cut them off with scissors, while beating me.

I was beaten daily for little things. If I didn’t stir the Kool-Aid right, the Kool-Aid would be thrown across the kitchen and I would be beaten with the wooden spoon and forced to clean up the mess.

If I put Chapstick on, he would take me to the mirror and beat me with a belt, while I had to stare at myself and state what a “whore” I was. The worst part of his beatings were when I was on the floor begging and pleading for him to stop, he would laugh hysterically at me.

There were days when I would wish for him to just beat me instead of say the things he would say to me. There were days when I would wish I would just die. He went to such extremes as to put locks on the outside of the doors to his home. He put bars on the windows of his trailer so I could not climb out. When he left for work, he would take the landline phone and the actual phone cords with him. He never took me anywhere because I was an “embarrassment to look at”. I was literally a prisoner in his home. I had no chance of escaping.

Towards the end of our relationship, he began selling cocaine. He didn’t use, and up until this point, he always talked trash about his cocaine customers. One time he had a batch that was supposed to be “good” and he wanted to sample it. I had never touched drugs in my life. I had never even smoked a cigarette up until this and I was 21 years old. He insisted on me trying the cocaine first, and I was reluctant. But I knew better than to tell him no. So I tried it.

NEVER in my life had I ever felt so good… All of my desperation instantly disappeared, finally. Much to my surprise, he was actually being NICE to me.

After what had been a year of constant belittling, I craved the positive attention. He acted as if I werethe sexiest woman alive. So much so, that he wanted to take me out to show me off for the first time ever. Except it had to be on his terms; and in hindsight, I can see how chauvinistic this was, but he dressed me in the most provocative outfit he could find.

That’s when everything changed. While at the club, he insisted he saw another man touch my butt, even though it never happened. He became angry with me for defending said man. It must’ve been the downside of his high, because when we got home all hell broke lose.

He tied me to a bed and beat me continuously for four days straight. I’ll spare the details of what my torture entailed, but let’s just say it was brutal.

It began on a Friday night and when I didn’t show up for work on Monday, my work called my parents. My parents knew something was wrong and called the police. I remember the police banging on the door and kicking it in. I was rushed away in an ambulance, but that’s all I can remember about that weekend.

I was in a coma for four more days. When I was released, I was sent to my parent’s house to recover for a week. While I was there sleeping, my abusive boyfriend had bonded out of jail and broken into my parent’s home, and dragged me out of it by my hair. He drove me into the woods and this was the first time I had ever seen him cry. Hysterically cry. He then stuck a loaded 12-gauge shotgun in my mouth, stating he couldn’t go to prison, he was going to kill me, and then himself. I panicked and promised him that I would not testify in exchange for my life. He agreed and let me go.

After everything was said and done, he ended up getting time served, three years probation, and mandatory anger counseling for everything he had done. I, however, was stuck with a classic case of PTSD and zero coping skills. I did remember how the cocaine made me feel, and now I had the freedom to do with my life as I pleased, so I turned to cocaine to escape.

For the next year, I partied…and I partied hard. I remained drunk and loaded up on cocaine every single night. Somehow, I managed to maintain my job and my appearances while doing so.

I had met another man and he was actually good to me. One night while partying, we had run out of powder cocaine, and someone offered us “hard”. I had never tried it, but being in my drunken state, I said, “Sure, why not!” Little did I know that that little rock would change my life forever.

At first, it was just something we did on the weekends to party. Then we started doing it to celebrate. Then we started doing it every day out of boredom. Then before I knew it, I became a full-fledged crack head. I was borrowing money from everyone I knew, I was pawning things that didn’t belong to me, I was stealing from my parents and strangers, and doing indescribable things. I went from weighing 130 pounds down to 82 pounds at my worst.

I don’t know how, but I managed to survive like this for four whole years. Four years of stealing, manipulating, and smoking. My boyfriend would work construction and I would stay home all day. Our little home had no power, no furniture (we sold it all), and cockroaches so big you had to move out of their way to walk down the hallway. We spent the majority of our time in a paranoid state, walking around feeling scared to death that someone was outside our house “watching us”, so we were peeping from the blinds.

There was honestly no fun in it at all. But the mental struggle of the crack addiction was so fierce; we just couldn’t walk away from it.

I’ll never forget the day I decided to get clean. My boyfriend and I had been on a four day bender, and hadn’t slept or eaten in days. We had gotten into an argument about getting more drugs, I wanted more and he wanted to stop, simple as that. Except this particular time, he got physical with me for the very first time in our four-year relationship. He didn’t hit me, but he grabbed ahold of my arms and threw me into a washing machine.

I knew right then and there that was a turning point in our relationship. I had been in an abusive relationship before, and I couldn’t go through it again. I knew once I allowed it to happen once, I was giving him free reign to do it again. I had to put my foot down. Even though he was immediately apologetic for his actions, and he had been up for days using drugs, I couldn’t risk it.

I walked across the street to his mother’s house—which is where we were at the time— and asked her to use her phone. I made a very emotional phone call to my parents stating I needed help, I was an addict, and that I had pawned all of their belongings.

I expected them to hang up on me…but they didn’t. My parents are the most saintly people on the planet.

They drove thirty minutes to come pick me up and we made a plan. The plan consisted of me telling them where exactly I had pawned all of their things, as well as one other stipulation. Me—little 82 pound me, had to join the army at 26 years old.

The idea was for me to get out of town because if I had stayed, I would’ve fallen right back into my old ways after running into the same people I used to run around with. Scary, right?

We visited the recruiter within three days, to give my body enough time to detox the drugs I had taken, and I left for Basic Training within a week and half.

I walked away from a daily, four-year crack cocaine habit cold turkey, and joined the U.S. Army to become a combat medic.

I spent the next nine weeks in Basic Training being molded into the perfect soldier: being screamed at, learned to shoot, run until I threw up, made great friends, became closer to my Higher Power, and most importantly, I never had time to think about my drug use.

I left Basic Training and went to Advanced Individual Training to become a Combat Medic for 16 weeks. It was there that I learned how to save lives as an EMT, and soldiers in the combat zone. After all my training, I was sent to my duty station in Georgia and I deployed to Baghdad, Iraq for a year.

I met my husband in the Army. We both got out of the Army at the same time, well, he retired after 20 years service, and I never thought someone like THAT would be interested in someone like ME, and we have four beautiful children between us now.

Each week I like to share stories of recovery, in hopes of inspiring those who believe addiction is the end. Whether it be; drug addiction, alcoholism, sex, food or gambling addiction—the more we speak our truths, the more shatter the idea that all addicts, are lost causes.

?  If you’d like to submit your own story, check out the guidelines for submission HERE.

?  I wrote a book about my own dark journey through addiction, order it HERE.

A life after addiction IS possible, we are proof!