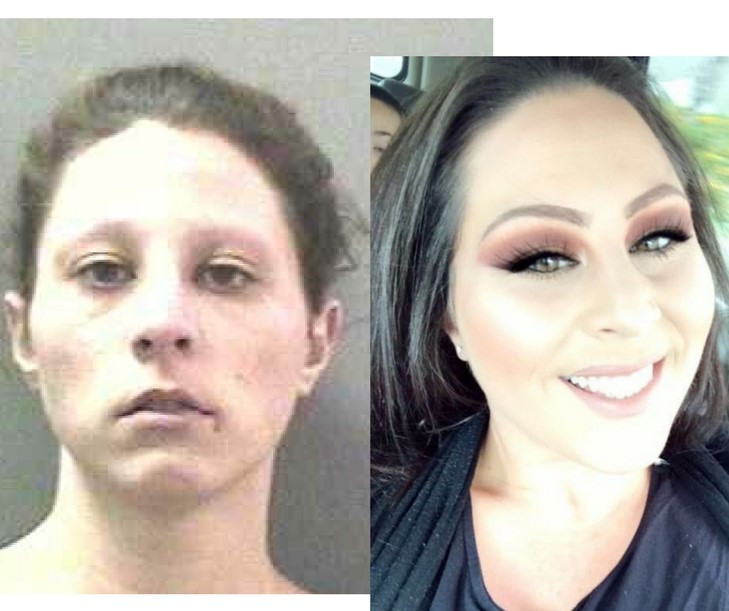 Hi My Name is Alechia, and I am a Thankful Grateful and Blessed Recoving (Meth) Addict.

Life wasn’t always the Hell I created it to be, I wasn’t always a prisoner stuck in my own mind. At one point I was a normal, regular girl who started going to parties and hanging out. Everything was good until I was sixteen years old, when I was introduced to Cocaine at a party one night. For some reason, that high just didn’t seem like enough. The very next day I was smoking meth… it happened so quickly, and it was all downhill from there.
July 27th Of 2008 at 12:38 am was the day I hit rock bottom, maybe even beyond rock bottom because seriously it almost felt as if there was rock bottom; a 75 foot pile of shit, and then me.

For eight Years you guys, eight long years I felt hopeless, helpless, lost, scared and alone. I hated myself and I felt like a worthless failure. I wasn’t a good mother, I wasn’t a good daughter, I was a horrible friend and I honestly didn’t care about anything except how, when, and where my next high was coming from.

I remember sitting in the bathroom sobbing one morning as I packed a bowl, just begging and pleading to God to “please help me” because I had lost all control… and I didn’t know how to stop.

I’d been to rehab on a few occasions, even completed rehab and still ended up relapsing every single time. I had been to jail several times, but it wasn’t until 2008 when I was majorly under the influence of alcohol and Meth—while six weeks pregnant— when I was arrested on a probation violation, that my world changed.

Prior to my arrest,  I had scheduled a pregnancy termination for the following week, but apparently, God had other plans for me.

I knew I was in such a bad place in life, with absolutely nothing to offer a child, I didn’t know how I was going to raise another baby. I already had a daughter, and after her father and I divorced—because we were incredible toxic for one another— instead of picking myself up, I just dug a deeper hole… So my daughter had been in my mother’s care for two years already by this point.

This arrest, was a blessing in disguise. I was sentenced to a County year, in a two man cell, on twenty-two hour lockdown. The more time I spent there, the more the fog seemed to disappear and I was able to think clearly.

I woke up one day and looked over at the table in my cell to see a magazine, and on the cover was a picture of Jennifer Lopez holding her brand new, beautiful, baby twins. It was at that exact moment,  I decided, I couldn’t do this anymore.
When I was finally allowed phone time I called the guy I was seeing and told him I didn’t want to live like this anymore, I wanted to get right and have this baby. I wanted to get my daughter back, and I wanted us to be a family. He agreed and stuck by my side through everything.

I am so Thankful for Orange County Jail. I never thought I’d ever say those words, but that jail offered me an in-custody drug treatment program. That particular program was nearly impossible to get into, but by the Grace of God… I was accepted.

My due date was March 3rd, and my release day was March 23rd. For Months I feared the idea of giving birth to my son while shackled to a hospital bed. I had made plans to have the baby sent home after delivery with his Daddy while I returned to jail, but once again, God’s plans were greater than mine.

My mom, and now husband, got with the House Arrest agency, and the agency agreed to let me out of jail. He said the only reason I was being freed from jail, is so that I didn’t have to give birth to my son while shackled to a hospital bed.
January 2nd 2009, I was out on house arrest.

August 21st 2012, I completed probation with no dirty tests, no police contact, and no violations.

My life choices weren’t always the best, in fact, most of them were pretty stupid.  I made a lot of mistakes, but I wouldn’t change a single thing, for the have molded me into the person I am today.
Even on my worst days, I am thankful, and grateful that I’m nowhere close to where or who I used to be

I’m still learning and growing every single day, and I’m so far from perfect, but one thing is for sure…I am blessed.

If you are struggling please know, that if I can do it… then so can you.  I thought I was going to forever be a lost cause, and I’m so glad I was wrong.

Each week I like to share stories of recovery from people in the community.  Whether it be drug addiction, alcoholism, sex, food or gambling addiction—the more we speak our truths, the more we chip away at the stigma that addicts are lost causes.

? If you’d like to submit your own story, check out the guidelines for submission HERE.

? I wrote a book about my own dark journey through addiction, order it HERE.

? I quit my job not only because I’m a rebel (lol), but also because I want to make it my life’s work to put a face to addiction and inspire those who feel hopeless. If you want to check out my Patreon and support the cause, (No pressure, for real, just throwin it out there. Now I feel weird. I made it weird. Sh*t) it’s HERE.

A Life After Addiction IS Possible… We Are PROOF.