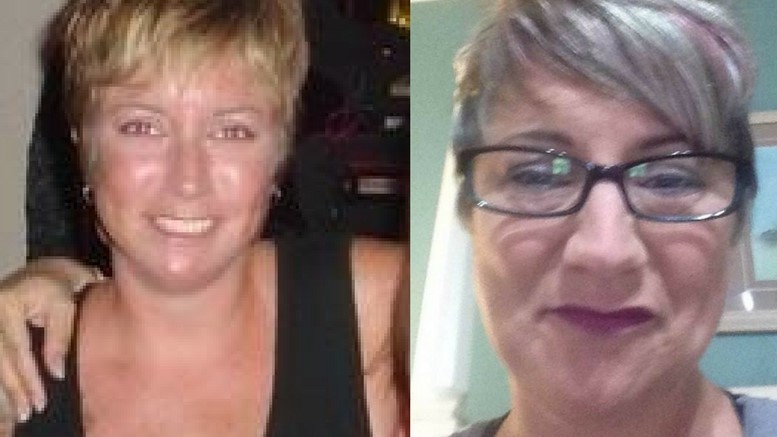 Jesus is a buzz killer…this is my story of recovery.

My name is Tracy,  I am 47 years old and I am a recovering alcoholic. I remember my first taste of beer. When I was a little girl my Dad would let me “pour” his beer for him. I would get a special amber colored glass out of the freezer, grab a PBR from the “dedicated” beer shelf, and pour it carefully with the glass tilted sideways. That made the head of the beer smaller and for a prize; I got a sip of foam.

In Junior High School, a friend of mine suggested that we walk to school together and catch a buzz, so we made a plan and met up later that week. Her friend had a liter of vodka, and within 45 minutes I drank half of it and off to school we went. This is what I remember.

The vodka didn’t hit me right away, that is why I drank more and more. When I entered school it was hot and I could barely talk. I sat down in first bell, put my head down and proceeded to pass out and vomit. I do remember the guy behind me saying to the teacher, “I think she spilled her coffee.”

The teacher and another person dragged me to the restroom, where I continued to empty my stomach. Then they wheeled me down to the nurse’s station where I planted myself in front of the toilet and passed out once again.

Guess who else was down there? Yerp, my two friends.

The last thing I remember about school that day was turning around and seeing my mother standing over me looking about 20 feet tall.

Then I am in the car. Then I am home. I fell out of the car onto the grass—it was cold—freezing cold outside. My Mom turned around and said these words: “You are going to be just like your father.” Blackout.
That was my first time drinking, and I never drank vodka again. My alcohol of choice was beer. I loved beer. I drank from age 14 to 37. If drinking were the Olympics, I would have been sponsored by Bud Light and Marlboro Light 100’s in the box.

If I was mad, sad, bored, in love, broken-hearted—I drank. I wound up getting two DUI’s before I was legal drinking age. That didn’t stop me from drinking and driving.

I grew up watching my Dad drink and drive. It was not unusual to find a dozen or more beer cans rattling under the car seats when I was growing up. My Mom worked during the day and my Dad would take my brother and I to the beach. We would wait for him to get off work, and he would pack a six pack, and the three of us would head to Sandbridge.

He would drink the six pack, put a fishing pole in the sand and proceed to pass out and sleep. My brother and I would run all over the beach, building forts and playing until about 3:00 pm. This was our summer.

Sometimes he would take us to Stumpy Lake and he would let me sit in his lap and steer the car while he drank a beer and pressed the gas pedals. I thought he was cool. I thought I was cool…

Years later when I was thirteen or fourteen, I would steal the family car when no one was home and take my friends for rides. When my parents asked me why I did that…well shoot, Dad taught me everything I needed to know about driving. I would mark the driveway so I could park it in the right spot and I saved my money to use for gas so I could put the fuel back to the right spot. (It was the damn odometer that got me busted).

When I was twenty, I became pregnant with my first child. He is now 26 and the joy of my life. Looking back, it was hard to be a mom, girlfriend, great employee and an alcoholic.

Having a baby really ruins it for having a hangover. I mean, they are so demanding. “Feed me, change me, and play with me”, all while my friends are turning 21, going to college and getting apartments. I was shacking up with my son’s Dad and trying to make things work. Of course I blamed it all on him, but we both were actively using and it was not meant to be.

Onward and upward I went in my career. Getting promoted, getting trashed, coming to work still high as a kite, rinse, repeat etc. I started a pattern. I would work somewhere for about three years and quit. I would loaf for about two months, send out the old resume and boom…nail a great job.

Each job required less and less supervision and allowed for more and more drinking. I thought this is what life is supposed to be. It’s what I grew up with. It’s normal.

Then the love of my life stepped back into my life with a simple phone call. It truly is a story for another time, but we both had children with other people and were single parenting. We saw each other a few times and I started the “move-in process” at his house. One day, there was my deodorant, the next week a toothbrush and before I knew it we became a blended family.

We married soon after and have now been married for 22 years. We both partied hard and had a great time. We worked hard. We had ups and downs but still came out smiling.

While I was actively drinking I had a simple rule: I was here to shut the place down. I drank to get drunk. My spouse did not. fourteen years into our marriage I was still going out all hours of the night, day drinking and just in general acting like a teenager—and he had had enough.

He met me on the porch one morning at 4:30 am when I was dragging my ass in and said enough was enough. He was done and done. Either I had to quit drinking or he would leave, or I would have to leave. The gig was up.

I went to counseling and my counselor sent me to AA (Alcoholics Anonymous). I went to AA and picked up enough white chips to start a poker set. It took me 90 days to get to 30 days sobriety. Start, stop, drink, stop, and fall off the wagon. Start again. All while he still went out drinking.

In 2007 we had a baby. I stopped drinking and even nursed her until she was 16 months old. The minute we weaned her however, I went all out and the drinking began again.

Finally on Jan 1, 2010, I sat out back smoking a cigarette while nursing a slight hangover from a bit of wine I had on New Year’s Eve. I threw my hands up, talking to no one in particular and said, “I quit. I can’t do this anymore. I can’t drink. I am done.”

That is the moment that I believe God looked down from his couch up in Heaven and said “This chick is f***ing this all up and I gotta do a miracle.” BOOM—just like that, I never drank another drink.

I went to meetings. I even started going to church. Slowly my husband joined me and we churched as a family. Life was good, but of course when you get sober your problems don’t stop—they are just easier to see.

So I started the hard work on my insides. I led small recovery groups. I grew. I went to in-depth counseling, and grew. I made sober friends, and grew.

I am still growing up. They say you stop mentally growing the minute you take your first drink, so, that put me at the ripe young age of fourteen when I got sober. Can you imagine being married to a drunk fourteen year old for fourteen years? My husband is no saint—but damn. I was obnoxious.

Through my sobriety, I am now able to share with others that there is hope. There is another way to deal with what life throws at us. I also learned that I had to forgive my Dad and set some very strict boundaries with him.

My dad drank until he died. He committed suicide in 2014. He shot himself in the head. Just typing those words brings me to my knees. At that time he and I were talking again. But he was drinking so much and when he stopped, he would literally have seizures.

He was facing jail time for drinking and driving and he was physically, mentally and spiritually bankrupt. Getting that call wrecked me. But the next morning, I woke up sober.

My spouse and I would go on to experience more loss in the form of two miscarriages. We also adopted a young girl at the age of twelve from foster care only to have that adoption disrupt when she was sixteen due to her violent actions towards me and others in this house. I woke up sober each time we experienced a loss and realized that I was now the recipient of a gift. The gift of sobriety.

I share my story with as many as possible. I share because a very special person, my best friend, shared her story with me. Not in a direct way, not in a, “YOU NEED TO GET SOBER” way…but through monthly ministry in a salon chair. She was my hair girl, and each month, she would share about the grace of God and how her sobriety was working out in her life.

She never knew the seeds she was planting. Because when the rubber met the road and my husband said, “Either you go or I go”…I went to see her.

I can remember our conversation so vividly:

“No you are not…you are not an alcoholic.” she replied.

“I have never seen you drunk, Tracy. You are beating yourself up.”

“You are my sober friend—my God friend,” I said, “why in Sam Hell would I come around you drunk!?”

She hugged me and laughed and said, “Okay. Let’s do some work.” She helped me find that counselor and laughed and cried her way with me through many a meeting. At that time she had 15 years under her belt.

God has a way of putting people in your life…and mine was a petite little hairdresser who was a Mennonite. Classic God, classic. ?
So, life ain’t easy…but life is good. Every day is a gift when I wake up sober. I wouldn’t have it any other way. This January will be eight years of sobriety… I think, it could be nine—but hey, who’s counting.  I am very happy with this life. I love to serve others and make them laugh. I am thankful to have been given the chance to share my story. If a lying, cheating, thieving, two-faced drunk like me can turn her life around, I think anyone can. Knowing you have a problem is half the battle…accepting it, is the other half.

P.S. I am surprised that Budweiser did not go out of business when I quit drinking…just saying!

I wrote a book about my own struggles with addiction, find it HERE!

Have a story worth sharing? Check out the submission guidelines HERE.