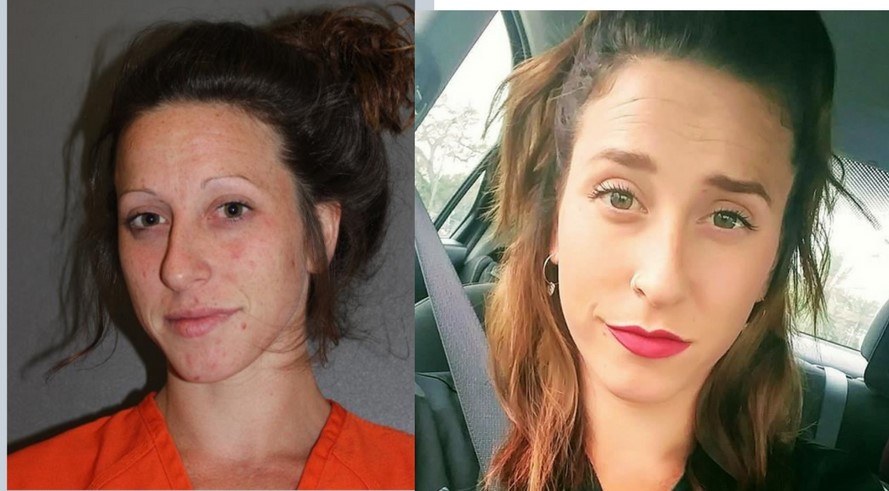 My name is Annie and I am a addict.

I come from a family of addicts. My
mother, father and siblings battled this miserable disease
long before I did. So let’s just say the odds have been stacked
against me since I escaped the womb.
My parents were also extremely abusive to one another.
I can remember as a child
having so many emotions, and never knowing how to work
through them. I would get so angry that I would punch holes in the walls,
because I never learned healthy
ways to cope with things.
My home was full of confusion. One
minute my parents are laughing, and in the next my dad would have his hands around her throat.  I had always looked up to my older sister as a role model, until I was 11 and she introduced me to pills.  It was then that my “humanity-switch”, instantly turned off.
When I took that first
pill, all of my worries and fears just… disappeared. It felt as though I, myself,  disappeared as well. I used for so long, that I eventually became mentally
and physically dependent on dope. Along the way I lost many
loved ones as a result of addiction—including my first love.  We had been together for five years, and he overdosed and died at the age of eighteen.
During my active addiction, I got pregnant and gave birth to a gorgeous
little boy. It wasn’t long before he was taken away from me, and all of my rights
were terminated…because I couldn’t. Stop. Using.
I’ve been in and out of jail since I was thirteen-years-old, and I’m a two-time
convicted felon. My addiction was so strong, that I truly believed that
without dope in my system – I could not survive.
I was a bag of bones, filled with shame, guilt, fear, hopelessness, and insecurities.  I was homeless, stealing from others, selling myself, and begging for a dollar.
On July 13th, 2014, I was at Lowe’s helping some people steal things, that they would later exchange for money.  Security caught on to what we were doing, and stopped us.  It was then that they realized I had a warrant out for my arrest, for violating Drug Court.
The police promptly escorted me to jail, to serve my time for the violation.

I have been clean ever since.

I was sentenced to a
rehabilitation center, and for the first time in my life… I found hope. I had always known that I wanted to be clean, I just didn’t have the power to stop on my own.
Once I was forced to stop by going to jail—I took full
advantage of the situation. I made a conscious decision to stay
in the rehab, and give myself a fair chance at a new life.
I graduated the program, and went on to a Sober Living facility.  I stayed strong, and continued doing the right thing, eventually graduating from Sober Living, and Drug Court as well.
Life is beautiful today. I have three and a half years clean, a
certificate in cosmetology, I have become a mother to a beautiful  little girl who is nine-months-old, and I am recently engaged to a wonderful man.
So much has changed—everything has changed, and it happened by taking life one day, at a time.

Check out my book, “High Achiever: The Shocking True Story of One Addict’s Double Life”.