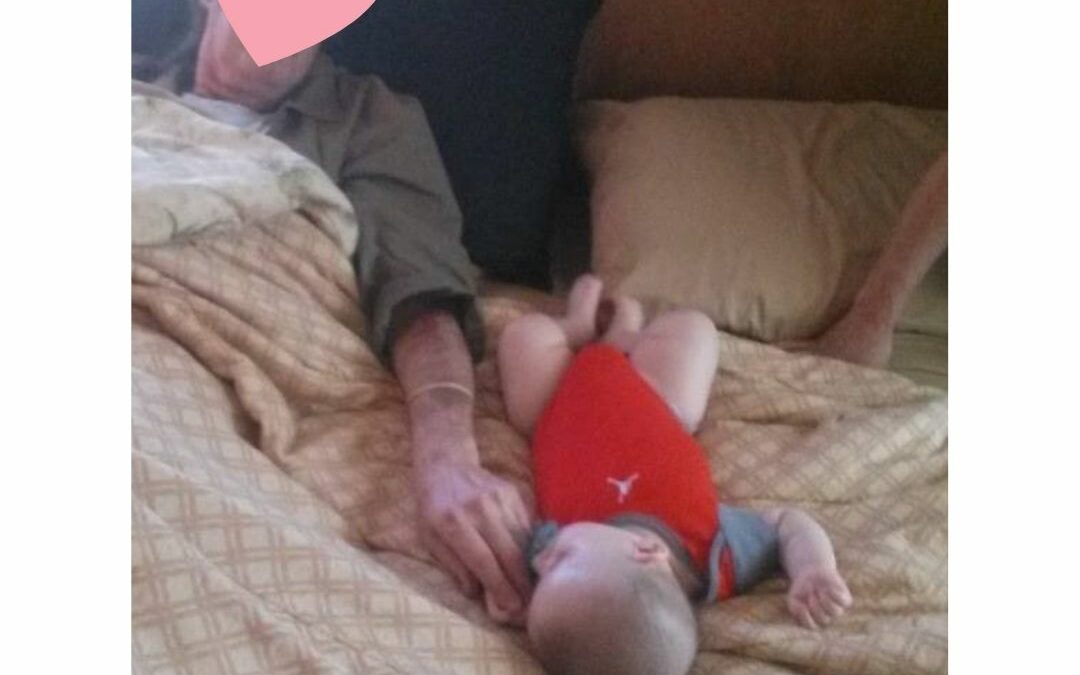 Trigger Warning – Death of a loved one.

I wanted to update everyone on where things are in my life, but I also feel like I want to keep most of it private and close to my heart. I will try to word this in a general sense, rather than speak specifically about my relationship with those involved.

My first encounter with hospice was when my grandmother was sick with cancer. I was in my early twenties and had gone to visit her. I remember laughing as she pointed the television remote toward the large glass window on the opposite side of the room, mumbling incoherently about the television being broken. I thought she was being silly, but when I noticed that no one else in the room found it as amusing as I had, I realized that somehow in the span of two days, she’d forgotten what a television was.

My mother explained that she was comfortable and at the end of her life, so very soon she would no longer be able to speak. She comforted me by reminding me that my grandfather, as well as my paternal grandmother would be waiting to welcome her at the gates of Heaven. She urged me to talk to her and say what I wanted to say before it was too late. It felt awkward and uncomfortable…So I didn’t.

Less than a year later, I stood beside the bed of my 47-year-old mother as she drew her last breath. This was my second encounter with hospice. Cancer had taken her at an offensively early age and a startlingly short time. On her last day I opened my mouth to say all the things I needed to say to her before she was gone, but the words wouldn’t come out. At this point I was hopelessly addicted to drugs and unsure of what to say. I wasn’t there for my mother during her sickness and couldn’t “bear” to see her in such a frail state. So, I stayed away.

I’ve forgiven myself for most of the things I’ve done while on drugs, but my lack of action during this time she needed me most is unforgivable–for now anyway.

Six years later, I was sober and present for my father as he laid in the hospice bed, resting peacefully at the end of his life. He had waited for all of us to leave the building before he took his final breath, but we were lucky enough to hold his hand afterward and say goodbye. I imagine he was already drifting to his next destination at this point, but it still felt healing to kiss his forehead one last time.

I hadn’t once managed to say the things I needed to–or should have said. I never wanted to have those conversations with them because it would be acknowledging the fact that they were dying. So instead, we had surface-level conversations and danced around the giant elephant in the room. When they were gone, they were gone and all that remained were all the unspoken words that will forever live in my mind with no place to go.

My mother had met and married a man when I was nine years old. He was a police officer, and my sister and I lived with him and my mother full time. He stepped up to raise us when my father wasn’t able to. He was there for my fifth-grade graduation, my first boyfriend and my first heartbreak. He drove me back and forth to my first job, cheerleading practices and cooked my date and I a delicious meal before the homecoming dance. He taught me how to drive a car, cook a killer egg sandwich, and most importantly, how to love another person’s children as if they were my own.

After my mother passed away, My stepfather eventually remarried and decided to retire from the police force and move to a lakehouse in Georgia. He allowed my family and I to move into the home he was leaving behind here–for next to nothing. He just wanted to know we were safe.

He has a name, but from the time they were born my children called him grandpa. I’m sure my father and mother wouldn’t have minded, but even if they had, I wouldn’t have been able to get the kids to call him anything else. They adore him. We visit him at the lakehouse often and have created some memories that will last a lifetime.

As I stood by his hospice bed this week, holding his hand and making jokes to lighten the somber mood in the house, I decided to do something different than I’d ever done.

The words flew from my lips with urgency and determination. I thanked him for all of the things he had done for me over the past 27 years. I promised him my children would know him, assured him we would keep his memory alive, and told him beautifully personal, sacred and special things that I won’t share here. He responded, “Take care of my grandbabies for me”, and many other heartbreakingly moving things that I may not have gotten to hear if we hadn’t had this conversation. We acknowledged the truth about what was happening with him and cried together for a bit before he drifted back to sleep.

My tears were not tears of sadness. They were tears of joy and peace. For the first time in my life I was able to leave nothing left unsaid with someone I cared deeply about… before I missed the chance.

I’m sure my mother was there to meet him with open arms yesterday when he left, and by now he has probably told her all about how silly, loving and adorable her grandkids are.

Experiencing loss changes a person forever. Experiencing the loss of most of my core family members puts me in a strange position. At times I feel lost, uprooted, orphaned, alone and heartbroken. But I know my family wouldn’t want me to cease existing in their absence.

So, I will continue to march on, telling everyone I love how much I love them as often as I can. I will always say the things that need to be said and give the compliments that need to be given. I’m going to drop the people who bring me anything other than peace and joy, and love those remaining folks as fiercely and urgently as I can.

This post was mainly a way for me to get my thoughts out onto paper, but also, I suppose, a gentle reminder to surround yourself with people who bring you joy, tell them how wonderful they are as often as you can, and never, ever, ever, feel embarrassed or ashamed to say what you feel to the people you love while you can.

Thank you for your patience with me as I navigate this season of my life.