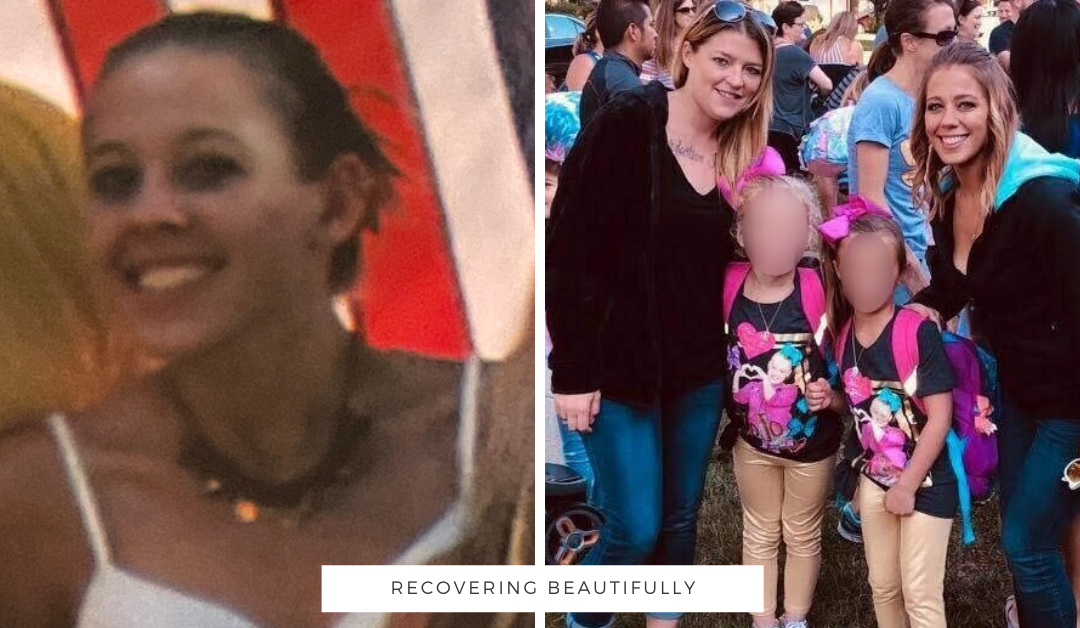 I was 16 years old. My parents moved my brother and me out of the city and to a beautiful suburb of Chicago to try and give us better opportunities.

Changing schools was hard for me…especially as a high school student. I started withdrawing from almost everything. I was depressed and missed the life and friends I grew up with.

I was so incredibly desperate to fit in but didn’t quite know how.

It was then I met a few of my first friends – Theresa and Laura. We did the normal teenage things at first…smoke cigarettes, pot, and drink. But it was the day they picked me up to meet a couple guys they knew that would be the start of a really long nightmare.

Dan was one of the guys we met. He of course was handsome, had blue eyes, and had that bad boy vibe that attracted me immediately! I’d never had a boyfriend before and I immediately decided he was going to be my conquest! Now, looking back, it was one I wish I wouldn’t have been successful with but I was, and Dan became my first boyfriend. I tried so hard to impress him as he was older, hot, and intimidating!

It wasn’t long after we started dating that I saw him and Theresa doing cocaine together.

I wanted to be involved and do it with them out of curiosity and to fit in. Finally, I built up the courage to ask for and go thru with trying the cocaine. I remember it specifically: we had just left from a visit with my dad and grandma and he took out his little white powder-filled foil and poured it onto a CD case in his car. Before he could do it all I asked for some and he couldn’t have been more eager to share.

Immediately I loved it. I was so calm and so euphoric and instantly addicted.

Fast forward a couple of months. Dan and I were together every day. Getting high. Line after line. All of a sudden I would feel physically ILL when we wouldn’t do any of the cocaine.

I knew then I had a problem.

I wrote a note to my parents, telling them everything: about the coke and being addicted and how I really needed help. Being the supportive parents they were, they were by my side checking me into a program.

Upon intake, they did a blood test. A staff member again asked me, “What was it you said you are here for honey?” And I honestly answered cocaine. She looked at me, confused, and said there was no cocaine in my system only heroin. I was lied to by this guy who just so happened to be the first love of my life…he wasn’t giving me cocaine he was giving me heroin and life as I knew it was never going to be the same.

At that point, I was already so addicted that although shocking and scary the addiction was too powerful for me to overcome at that time. I left rehab, against my parents’ wishes, and was kicked out.

Life was a constant downward spiral from there on out.

We were living in cars and motels. Shoplifting random products to resell to a convenience store located in Chicago’s Westside. They used drug addicts such as myself to go out and steal what they needed for their store and buy well under market price and make a huge profit selling it for full price.

My days consisted of shoplifting until we had enough for our daily dope habit and hotel room for a night or two. My habit got so bad and so expensive I was maybe 80 lbs soaking wet. My skin was grey, my eyes sunken in and empty.

I was arrested a few times for stealing.

I dropped out of high school, Dan had my car impounded a few times, it was all just a vicious circle of crime, drugs, and jail. Finally, things caught up with Dan and he was arrested in a different state where he would spend a long while and would ultimately be the end of our relationship.

During that time, Theresa and I were getting together more. We were on our own to support our habit without our ringleader Dan. We would shoplift and even went as far as shoplifting in the city with a random homeless man. Thankfully he was harmless, one of the many situations we put ourselves in that we got extremely lucky with.

One time in particular where luck or God was by our side is the day Theresa and I decided we were going to shoot up for our final time (up until then we only snorted it.) We got out dope and needles and did what we thought was the right way of cooking it and then we proceeded to inject ourselves. We by the grace of some higher power missed our veins.

We still followed thru and checked ourselves into a psych ward to detox ourselves as we promised.

Of course, once the painful, gut-wrenching withdrawals began we quickly changed our minds about wanting to get clean. We smooth-talked our way out of there, and with no car and no money decided to steal Theresa’s mom’s car and go to Wisconsin.

We made it to Wisconsin, stole a whole lot of merchandise, and headed to a gas station to fill up to head back to Chicago. It was there the police pulled behind us and arrested Theresa for stealing the car.

It was at the jail that I had a seizure and ended up in the hospital. I woke up alone and scared and missing a court date of my own in Chicago. My amazing parents whom I had already put thru so much, still drove to Wisconsin and came to my rescue once again.

Upon returning to Chicago I was arrested and put in Cook County Department of Corrections for missing court. I was treated terribly by staff and inmates. It was the scariest 38 days of my life. My parents stood their ground on not bonding me out and I couldn’t be more grateful because that was absolutely the turning point in my life.

I KNEW I was done living that way. My parents’ tough love absolutely saved my life!

Once I got out and home I continued to live the sober life. I acquired my GED, got a job and a car, and started enjoying life again. Theresa also was bettering her life at the same time and we gave each other the space and respect we needed to fix our own lives.

In 2009 when we felt confident in our sobriety we reunited.

I was pregnant with my first child and we were both engaged to be married. Coincidentally our weddings were a weekend apart. We have been inseparable ever since.

April 1, 2021, Theresa and I happily celebrated our 15 year sobriety Anniversary.

I have 5 beautiful, healthy children and Theresa has 2. Our children are best friends and we have been each other’s biggest fans for all the wonderful things that have happened in our lives since making that decision to get clean and regain control of our lives.

To anyone who is still struggling, don’t give up. There is hope. WE DO RECOVER. And the life waiting on the other side will be better than you could ever imagine.

“They said they could, so they did.”