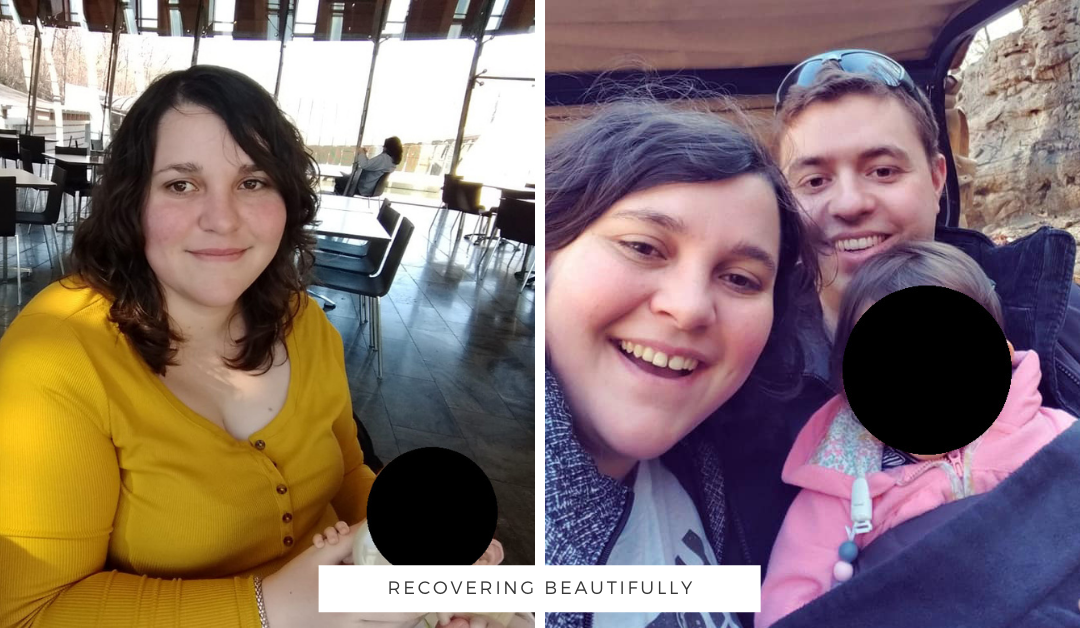 From the moment a woman sees those two thin blue stripes, her world is turned upside down. There’s joy and there’s panic rushing through her mind as she struggles to come to terms with what’s to come. When the time is right, she calls and texts her friends and family and there’s congratulations all around.

Some offer advice and make tongue-in-cheek jokes about parenthood, but in the end, assure her it’s mostly joy that awaits her. Appointments come and go as she gradually gets to know the life growing inside of her, kicking and dancing to the sound of her voice. The nursery comes together, and she and her spouse feel the deepest excitement for the approaching arrival of their little girl.

This was the beginning of my journey into motherhood and the foundation of the most excruciating part of my existence to date.

I woke up one day and stood up from bed to feel my water break. Within the hour my husband drove back from work to take me to the hospital where I underwent a rather eventless labor up until the last few hours. It was then that the nurses realized that baby’s heart rate was dropping with each contraction.

They did everything they could to speed things up without putting further stress on her, but when asked if I would consent to an emergency cesarean I didn’t hesitate.

I wanted them to save her, no matter what.

Further numbing agents were administered and I felt the immediate fatigue from one of their anesthetics, but I was still conscious for the operation. From the moment the blue curtain was draped over my chest, I felt like half of my body was in a separate room. I couldn’t feel or see anything other than a constant tugging.

It was 6:14 pm on December 21st, and the doctor announced her birth to me and showed her to me for a split second before they whisked her off to the nursery. My husband was still with me at that point and I remember vividly that I kept asking him and everyone around me what her weight is, what color her eyes were. Nobody would answer me.

Eventually, a nurse asked my husband to follow her, and I was left alone with the nurses who still wouldn’t answer my questions. To this day, my husband says I never said a word, but I did mumble. Evidently, the anesthetic was what kept me from communicating.

Back in the recovery room they formally introduced me to my little girl, but the drugs were still very present in my system, so I needed some assistance holding her. And this is where my struggle began.

For the longest time, my doctor believed it to just be a case of the baby blues, but I knew at that moment…what was meant to be a magical moment…that something was amiss.

The little girl in my arms was beautiful, listened to my voice, had my eyes, but somehow felt like an uninvited guest to me. After 36 hours of labor, I expected there to be more pomp and circumstance behind our special meeting. That’s how my own mother and all my friends had described it.

I knew nothing of what was going on in my head, but I was deeply repulsed by my lack of affection towards her.

During the next few weeks, things worsened for me. The sleepless nights and chaos of welcoming a newborn into my home took their toll on my emotional state.

The stress combined with the surgical delivery made it difficult for me to produce enough milk to breastfeed – something I had truly set my heart on from months before. Delivering around the holidays also complicated getting assistance from lactation consultants who were on leave.

I felt as though my world was crumbling around me and each day I was failing more and more at being a mother.

I addressed this at each follow-up appointment with my doctor, who wished to monitor things further before introducing me to the chemical-altering world of antidepressants. I was told it could be a severe case of the baby blues, which could take up to a couple of months to pass.

My appetite was nonexistent. My parents came over to offer words of wisdom and comfort and allowed me to spend the night to get rest several times, but I would still cry through our talks and cry myself to sleep at their house.

Each time I heard someone say, “it gets better” or “you’ll develop a bond with her,” I felt empty, numb, and hopeless. It’s a grief that you can’t properly describe to anyone. It’s an agonizing sorrow that you feel in the pit of your stomach as though you’ve lost a loved one.

I would try to feed the baby just to end up frustrated, so my husband would take her and tell me to rest. It was in these moments that I would cry uncontrollably, for hours and hours with voices in my head constantly telling me “I can’t”.

It was these feelings of uselessness that drove me to make my next call to my doctor telling her I had contemplations of suicide.

I had already told my husband to hide my gun and assured all my loved ones that I never considered harming anyone other than myself. My doctor finally agreed that this wasn’t the baby blues and had me come in the next day for an evaluation, where I overwhelmingly passed the indicators for PPD (postpartum depression).

I was prescribed Lexapro, the fastest-acting antidepressant on the market, and was told to come in every couple of weeks until they felt they had reached the target dosage for treatment. Within the first 72 hours of treatment, my family noticed a difference in my behavior.

It was the first time in months they’d seen me smile and laugh. I finally felt a glimmer of hope as I was able to feed and change Emma without breaking down in tears. A month went by and life became enjoyable for once.

Then the four-month sleep regression came.

After weeks of baby sleeping in her own crib through the night, she suddenly began screaming for hours on end and I felt that familiar sense of darkness creep back into my life.

Yet again, I had to rely on my husband’s resolve to make it through the night. And, yet again, I felt incapable and less than what they both deserved.

Knowing that I was already getting assistance from my new medication, this seemed to hit me even harder than before. I felt as though I would never get the help that was necessary to keep my mind focused on the positive, or at least not in time. I thank God that I had the self-awareness to contact my doctor immediately, who prescribed twice the dosage within 12 hours of me sending the email.

Though the sleep regression was difficult, the stronger medication allowed me to step in as the mother I was meant to be. I no longer had to sit idly by and watch my husband rock her to sleep and feed her a majority of the time. I had not only developed confidence in myself, but I began to feel a kindling bond with my daughter for the first time.

As she cried in the dark at 3 am one night, I could finally see the world through her eyes for once.

She simply wanted warmth and love – something I was unable to provide for those first four months. I could have fallen into yet another bout of despair over how I’d neglected her so, but instead, I simply lived in the moment and held her close. Feeling her tiny hand caress my cheek as she drifted back to sleep and listening to her breath whispering from between her pursed lips, I just made myself comfortable and sat there for hours taking in her scent and relishing my ability to enjoy our time together when I should rather be in bed.

Months have passed and baby is now approaching her first birthday. I’ve delayed for months to finish this story as I’ve so wished to put this all behind me, but also had no desire to recollect those memories. That I’m now able to return to finish what I started is a sign of healing.

The memories of my so-called “failures” are what I now hold dear as my greatest triumphs.

I was able to overcome the stigmas of being unable to breastfeed and unwilling to care for my own child in her first few weeks of infancy. While society’s norms lead us to believe this is fully unacceptable with no exceptions, I pray that this story makes its way to at least a few young women who desperately need to know that it is more than okay to feel these emotions after bringing a life into the world.

Doctors and therapists could go on for hours drowning you in information as to what goes on both physically and chemically postpartum, and they would all agree with me that it is completely acceptable to experience these stigmas I mentioned.

Know that just because you were taught from a young age that babies need love and attention from their mother does not mean that those mothers are not allowed the opportunity to adjust, to rest, and to mourn their past life.

Know that it is your very right to feel these emotions plowing through your head, just as it is your right to expect help from those around you to help you be the amazing mother you already are.

Know that your baby will hold nothing against you and that nature has a majestic way of developing a bond between mother and child, no matter the obstacles.

Know that you are not alone, and that help is everywhere.