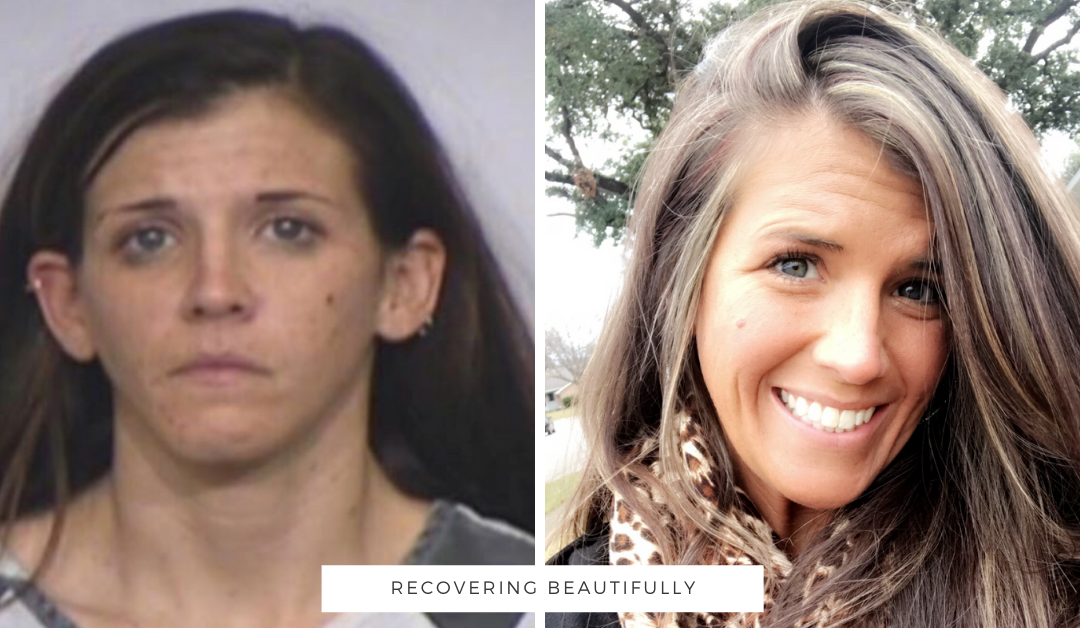 I had a perfectly normal childhood. The closest thing to tragedy was that my parents divorced when I was 12, and even that wasn’t very tragic. It was in everyone’s best interest.

My sister and I lived with my mom but saw my dad on a regular basis. I was raised in the church of Christ and was involved in almost every extra-curricular activity you can imagine; band, volleyball, basketball, yearbook, debate, student council, national honor society.

I graduated in the top ten percent of my class of 850. I drank alcohol maybe 5 times and smoked weed less than that in all my high school days. I was the poster child. And then I moved away and went to college.

It was hard for me to determine I was an alcoholic because EVERYONE drank, ALL the time.

The non-stop partying was normal. I went to school near Austin, we only had classes Monday through Thursday, I was maintaining a 3.0, and nothing about my behavior was reflective of a typical addict. I was having the TIME OF MY LIFE. I was carefree, enjoying myself, and was always able to maintain a balance.

It was fun. Until it wasn’t.

I gave myself license to try and experiment with whatever was offered (none of the super hard stuff.) Weed, pills, cocaine, LSD, shrooms, and of course every kind of alcohol. There were frat parties almost every single night of the week, and when there weren’t we frequently visited Sixth Street or drove down to San Antonio. PLENTY of opportunities to party. And I took FULL advantage of that.

It wasn’t long before I started catching a few misdemeanors; possession (a couple of pills and weed), DWI, public intoxication, nothing serious or violent.

However, by the third year of college, between bailing me out of jail and paying tuition, my parents decided to cut me off. I only had 2 semesters left and still had a 3.2 GPA, but enough was enough, and in hindsight, that is when God used my parents to do for me what I couldn’t do for myself.

I moved back home and that’s when it became apparent, I was a full-blown alcoholic. Being away from the party scene and moving back home with my parents I began to experience tremors, withdrawal seizures, and excessive night sweats.

I went to rehab 4 times over the next few years, but never because I wanted it, only to pacify my parents.

The ultimatum was if I wanted a roof over my head, I had to go to rehab. So of course, I did, but it only took a few weeks before I was back at it again.

One of the rehabs I actually got kicked out a day before my discharge date for being drunk (we had smoke breaks and we managed to sneak off to a gas station across the road and chug a couple of 40s).

Not long after that, I reconnected with a high school friend and we had a short, 6-week relationship and then went our separate ways. It was just a fun, summer fling, however, 2 weeks post break up I discovered I was pregnant. At this point, I was mainly just drinking every day and smoking weed to deal with the hangover, but the second I peed on that stick and it was positive, I quit everything. Cold turkey.

This was it, my purpose for living and what I needed to be clean. Before finding out I was going to be a mom I merely figured that being an alcoholic was just who I was. It was the cards I was dealt and there was no point in trying to change. But now, now I had a reason, now I was growing a little human inside of me and there is no joy I have ever known than the day I heard her heartbeat

I was clean for the entirety of my pregnancy and until I stopped breastfeeding (which was not even a month).

However, it took no time at all before I found myself at the liquor store, using every excuse in the book. “It is so hard being a single mom”, “I was clean the whole time I was pregnant, I can stop again, no problem”, all the lies we tell ourselves to justify our actions.

I cannot tell you how many times I drove drunk with her in the car, passing out at the wheel, crashing into the median. I have been to jail several times but never got pulled over with her in the car. I wouldn’t even get out of bed unless I had Vodka on my nightstand. I would drink all day, barely able to care for my daughter. And when I couldn’t manage, my mom (God bless her) was always there to pick up the slack.

I hated myself deep down for what I had become.

But as much as I hated who I was when I was drinking, I hated myself, even more when I was sober because I had nothing to numb the pain. I was drunk at work and it got to the point I couldn’t manage to keep from passing out during my shift. It continued to get worse, and I knew something had to change. And no, it wasn’t the epiphany of trying to get sober.

I had the bright idea of contacting some of my old “friends” and immediately was on the search for some cocaine because the only way to keep from passing out drunk was to do an eight ball of coke (duh).

This soon became an expensive habit, and trying to provide for my daughter as well as my drinking and snorting proved to be impossible. So I improvised. Not only did my plug have the powder, but he also had ice as well. Cheaper, would last longer and he always had it on hand.

Meth and heroin were the two drugs I swore I would never do. Never.

I still to this day haven’t done heroin (uppers were more my thing) but at this point, I had finally crossed the line I swore I would never cross, so desperate to be able to drink and not pass out. Deep down I wanted to be a good mom but NEEDED to keep drinking, which in turn meant I needed to keep using.

And once I hit that pipe, it was game over. I no longer cared about my fifth of vodka I had to have daily, all I wanted was meth. I HAD to have it. I had so much to do and I would be awake for days and I felt like I was super mom. That lasted a good two months before CPS got involved. They did a hair follicle test and I tested positive for Xanax, hydrocodone, GHB, ecstasy, MDMA, marijuana, cocaine, methamphetamines and alcohol.

I don’t even remember consuming half those drugs. My mom was granted custody and I began the downward spiral. Full of self-loathing and depression and guilt and remorse and every negative emotion imaginable.

I finally decided I couldn’t live like this. But I couldn’t fathom living any other way and I decided I wanted to end it all. All the pain, all the shame I brought to my family, everything.

Two weeks after I lost custody I began shooting up.

I wasn’t trying to kill myself, per se, I simply wanted to get and stay in a state of oblivion. And the needle did that for me. No other drugs, no alcohol, just the little crystals and a rig. All day. Every day. No sleep for days, sometimes weeks. I wanted so bad for my heart to just explode because of all the poison I was slamming in my veins, but I couldn’t even do that right.

After 3 months, I was arrested yet again for possession, the night of my birthday, the day after my daughter’s. This time it was a felony. I had in the back of my mind I was going to go to rehab as soon as my birthday passed because I had to ‘go out with a bang’ for my birthday, but the law intervened before I could make it to the treatment facility.

I was bailed out upon the agreement that I would go to rehab that same night, and without any hesitation, I agreed.

I was blessed with the opportunity to get my record expunged, and I have been able to keep a job ever since. I still don’t have custody back, but I see my daughter every day and have been able to build a relationship with her that I never thought possible.

I am mentally and physically present. I have been given the chance to completely get my life together and build a firm foundation so when the time is right, I will have her back and be able to provide her with the life she deserves.

It took a good nine months before I could fully appreciate the circumstances. Early in recovery, (6 months or so), I was still so livid that the timeline to regain custody looked like eternity. I thought surely after I go to rehab and attend my meetings, CPS will grant me custody. That was my plan, not God’s.

It took a while before I learned how to have an attitude of gratitude and look at the glass as half full, not half empty.

2 years ago I was clean, but still very frustrated and unhappy. I can’t pinpoint exactly when it happened, but through working a twelve-step program and really applying the spiritual principles, I had a complete psychic change. I had absolutely no desire to use and I surrendered myself completely to my Higher Power.

I look back now and see how He was always there, even when I denied his presence. I look at my daughter today and she is happy, healthy, provided for, and she has her momma’s back.

My family trusts me and supports me in every endeavor I embark on. I have friends from the fellowship and a support group whom I can call day or night and I know they’ll be there for me. I remain in conscious contact with the God of my understanding. And I know that no matter what life throws at me, I don’t have to use. No matter what.