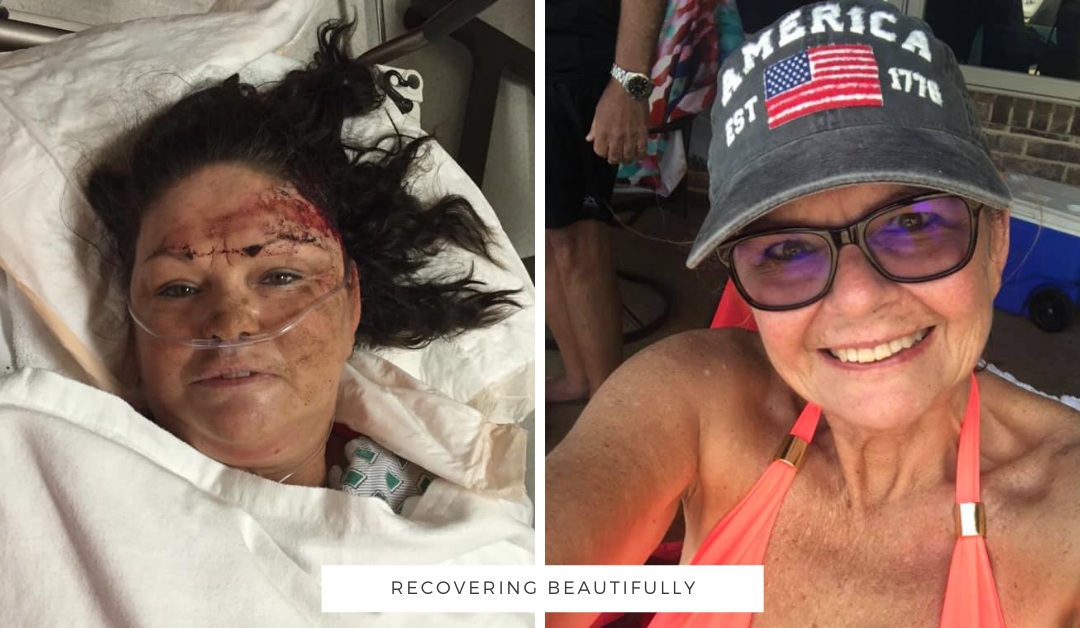 My childhood was really happy, albeit a bit lonely. I was an Air Force brat. For those non-military people this meant we moved every 3 years (or less) for my entire life up until I turned 16 and my dad retired. I never had close friendships that lasted.

After my dad retired, we moved to Lubbock, Texas. I was a sophomore in high school when we moved for the last time. I entered a relatively decent-sized high school. I knew no one and everyone else had been friends since Kindergarten.

To say I was lonely was not a stretch.

I had always been decent at making friends, just none that were super close. I think I just learned at an early age to hold back a part of myself. Not to get too attached; these people wouldn’t be around in a couple of years.

In my junior year at high school, I met THE boy that would become the center of my life. I tell everyone that he was the first boy I ever met that was smarter than me. Yes, I’ve always been super smart and top of my class…he was smarter.

I instantly fell for him.

We started “going out” and the rest is history as they say. He partied a little at the time and I was firmly against all drugs of any kind. My motto was “I’m high on life.” Well, he persisted and told me he thought I would like to smoke a little weed. So, I tried it. And, yes, I liked it.

We would smoke after school and hang out and make out. It was actually a really good time in my life.

I didn’t start drinking until my 18th birthday, which, at the time in Texas, was the legal drinking age. I liked drinking ok. It was not a problem for me at all though. I could drink when I wanted and then go weeks and weeks and not drink at all.

We graduated from high school and both went off together to another part of the state to attend college in Austin. Yep, we were Longhorns! We both had to get roommates our first year in college because our parents would not allow us to live together. We both ended up getting people who were much older than us. We were both 18 and they were 26.

They introduced me to cocaine, Quaaludes, mollies, etc.

After a year of roommates, we got married and moved into a cute little duplex. We had a great life for the next few years, going to school, working, and just enjoying life.

We ended up quitting school and moving to Denver for my husband’s job. Denver was where I conceived both of my children. My oldest was born there and my youngest was born in Lubbock after we moved back after a year and a half. My husband moved back a month before I did. I stayed to finish my job and close up the house we were living in.

During that month, he was introduced to crank (now called meth). I got back and he was using pretty heavily. I was big pregnant at the time, so I didn’t do anything drug-wise except for smoke pot. However, once my baby girl was born, I was quick to try it.

The next 3 or 4 years were horrible.

We had the worst fights in our life. Eventually, my sister said to me: “Either you quit this stuff or I’m turning you in.” So, I quit that day. It actually wasn’t that hard at the time because I didn’t like who I had become anyway.

My husband continued to use for a few more weeks/months (not sure now how long it was actually) until one day I gave him the ultimatum, “Either you quit, or the girls and I are leaving.”

He quit the next day as well. We slowly began to rebuild our life and get our act together. The kids grew up and we were a really happy family.

When my kids were in high school, I started on painkillers.

Originally, I tried them to get high and LOVED them. I found a new best friend that I never had. I ended up going to a doctor and getting my own script so I could have my own. Before I knew it, I’d increased the dosage substantially, and eventually, that wasn’t enough either.

I became a master manipulator and liar.

I had my doctor convinced I was in so much pain that I had to have them. I lied to my husband because I would take some of his and then lie through my teeth that I never touched his. I became a shadow of myself that I didn’t recognize or even like anymore.

I wasn’t getting a nice buzz anymore and I wanted that buzz back. That’s when I started drinking more along with taking the pills. I had always just been a beer drinker. But I learned pretty quick that a nice glass of whiskey would make the buzz come back.

This behavior went on for about 4-5 years progressively getting worse and worse. The first time it became really apparent I had a problem we were vacationing in Hawaii in February of 2016. We were supposed to go horseback riding one day. I started popping pills as soon as I got up. I got out of the car and promptly passed out and face planted in the dirt.

I woke up right before the ambulance was carting me to the hospital. I spent 3 days in the hospital in Hawaii.

I lied to everyone.

I didn’t admit I took all those pills. I told them I had no idea why I passed out. My family enjoyed helicopter rides, luaus, and walks on the beach while I had a small window to look out while I laid in a hospital bed.

We got back from Hawaii and I continued. Around the summer of 2017 things were getting really bad. I was sick all the time. I had major diarrhea every day and it was looking like I had pancreatitis. Google that if you want, pretty much the only thing that causes it is alcoholism. But did I admit I had a drinking problem at the time? Nope!

I woke up in the emergency room with people in my face asking me, “What day is it? What is my name? Who is the president? What year is it?” (P.S. I got them all right but the year! For some reason, I thought it was 2013. Maybe that’s because that was the last time I was actually coherent!)

I was admitted…again…and this time for some reason I told the truth. I told the ER doctor that I had been drinking. A LOT. He just gave me a small smile and said OK. I was in the hospital for severe diarrhea and stomach pain. I really think I almost killed myself again with the painkillers and drinking so much.

I laid in that hospital bed, totally miserable, with both of my daughters and my husband at my side. Then they told me the one thing I didn’t want to hear. They said I needed help, that they couldn’t continue to watch me kill myself.

My husband is someone who can make things happen and boy did he! He got special approval from our insurance for me to attend the inpatient rehab in our town. I was discharged on Sunday and he was supposed to take me in on Monday after he got off work.

I started drinking about 10:00 am that morning. By the time he got home, I was pretty drunk. I remember thinking that I needed to go ahead and drink because it would be a long time before I could drink again. In my mind I thought I could quit for a year and then I could go back to drinking moderately again.

So, that evening we went to the Rehab facility but they knew I was drunk.

The original plan was to stay for 2 weeks which is what my insurance approved. I was there for 3 days, in massive withdrawals, hurting everywhere, and I had an epiphany. I didn’t want to live like this anymore. I didn’t want my every-consuming thought to be “Where am I going to get pills for today, or tomorrow?” I didn’t want to miss family functions because I was too drunk to drive. I was done!

We got approval for me to stay an additional 2 weeks in the inpatient rehab. I got out on September 23, 2017. I started an Intensive Outpatient Program immediately after for the next 4 months. I was learning how to live my life again.

I got a sponsor while I was still an inpatient and she is still my sponsor and friend to this day. She’s also over 30 years younger than I am. I did all the things I was supposed to do when I got out. I attended meetings, I wrote in my journal, and I read the Big Book. I was finally on my road to recovery.

It’s now been almost 3 and a half years that I’ve been clean and sober. I’m doing terrific.

I don’t miss alcohol and pills at all anymore. Life is just great! I’ve had 2 surgeries and I recovered with no narcotics. Tylenol and Aleve were it and I managed just fine.

I really believe that if I had not gotten the help when I did, I wouldn’t be alive today.