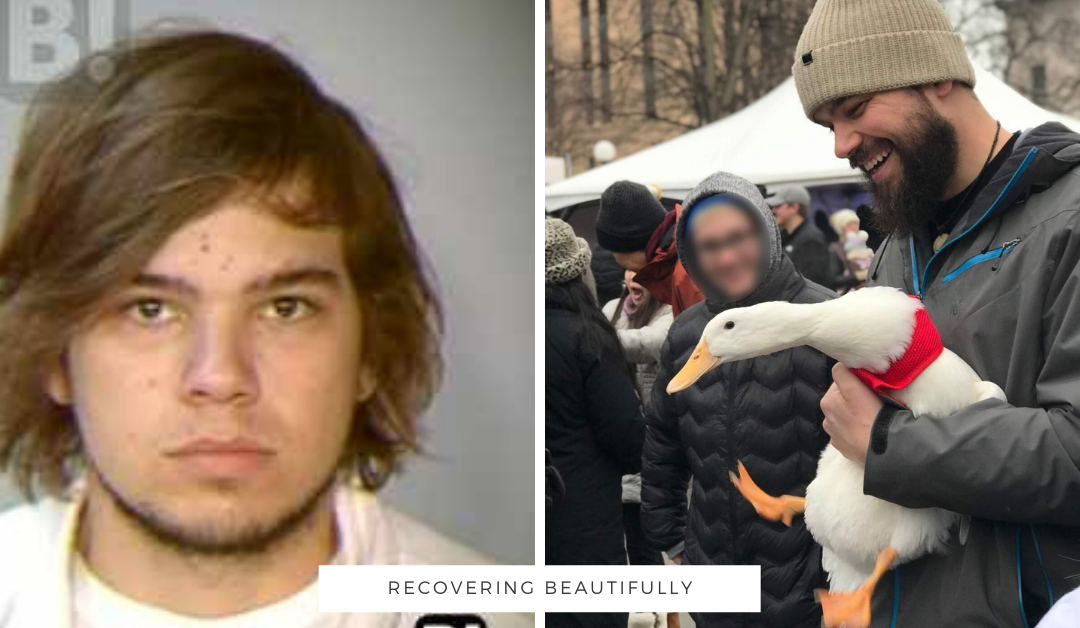 When I was younger, I was that kid that would “never do drugs” and harshly judged people who did. Alcoholism runs in my family, on both sides, so I had seen what it does to people and their families. I KNEW that I would NEVER let that happen to me.

Looking back, the people that helped me come to that conclusion were what I would now refer to as “functioning” alcoholics.

I had no idea how much lower it could actually get.

Don’t get me wrong, I grew up surrounded by love, an amazing family, and a great upbringing. I’m just saying that even at a young age, I saw what alcohol could do to someone and never wanted anything to do with it (or anything like it).

I held onto those beliefs into my early teens, until I heard something that made sense to me: “Doctors prescribe these pills to sick people and old people, so they can’t be that bad.” It completely changed my perspective on this one specific class of drugs.

So I decided to try a couple of Vicodin, and for the first time in my life, I felt like ME.

I didn’t even know that I hadn’t felt like me leading up to this new “perspective”. And I decided right then, that I didn’t ever want to NOT feel like this again.

I did a pretty damn good job of keeping that promise to myself for quite awhile. The messed up thing is, for awhile, it worked! I thought I had found the answer! I had life all figured out! As long as I didn’t run out.

But as these things go, 5 pills stopped being enough.

I was back to feeling like I wasn’t me, but now I was a homeless junkie with a record, leaving behind a trail of burned bridges everywhere I went.

Along this journey, I let go of my “I’ll only use these pills” beliefs and I started shooting heroin, meth, and cocaine every day.

I committed crimes to afford my habits, had legal trouble, and overdosed 8 times.

I became homeless, had a family that no longer wanted me around, destroyed my credit, and all of the other wonderful things that come along with the lifestyle I was living.

At one point, when I thought I was doing a little better for a while, I had a pet duck named Kush (yeah yeah yeah… I know…) that I REALLY bonded with. When things inevitably got worse again, I had to find a new home for him because I couldn’t even care for myself, let alone another living creature. And as ridiculous as this sounds, it really messed me up. I was heartbroken!

After my 6th or 7th inpatient treatment (I don’t even know, I lost track of how many times I tried to get clean), things were worse than ever. I was sitting in a hotel room with a gun on the table and a phone right next to it, trying to figure out which solution to choose. So I decided I would give it ONE more try to get off the dope. I called the treatment center and had a bed lined up a couple of days later.

This time, I did things a little differently. I actually followed (some of) the suggestions.

And I stayed clean long enough to really start to see how much better life could be without drugs in it! At that time I met the woman who is now my wife. I had a job, we had a car, my family wanted to see me again… It was amazing!

But then I got it in my head that alcohol wasn’t my drug of choice, so I should be allowed to drink. Long story short…You guessed it! I was wrong. Now I was a homeless, hopeless junkie WITH someone else. My now-wife relapsed with me and we were back to the horrors of addiction together.

Luckily that time that I had without substances had allowed me to see the beauty life had to offer, so I was willing to try AGAIN…! And on February 11th, 2014, I got high for the last time.

It has now been 7 years without ANY substances!

In that time I have repaired my credit, got a car, held down a job, went to college, have a roof over my head, and married the love of my life (who is also still clean). I even own a sober house where I get to help others find recovery!

I am also now a part of my family again and get to be very close with them! Today I get to be someone my younger siblings can look up to, instead of leading by example for what not to do.

As I am coming up on my last semester in school, I have an internship in my field of study. I don’t have any children but I have 4 amazing pets: 2 dogs, 1 cat, and…

This time I named him Ben Afquack – instead of naming him after weed, and I am able to give him the life he deserves! I take him on all the adventures I take the dogs on, he goes everywhere with me, even on the motorcycle.

We started documenting his adventures online and actually have a Guinness world record for followers on Instagram (shout-out to @minnesotaduck! Shameless plug.)

If I had settled for all of the things I had once dreamt of, I would have sold myself short by a long shot… I have been given a second chance at life that is better than I ever thought it could be. I have been able to do things that I didn’t think would ever be possible for me.

Recovery is one day at a time for me, but so far the momentum has yet to slow down, and things just keep getting better!

The biggest change for me was when I realized drugs weren’t the problem, I am the problem. Eliminating drugs wasn’t enough, because I was still left with the “me” that sought them out to begin with. I had to start working on myself, and figure out who I am, to move forward and begin this beautiful journey that doesn’t include drugs.