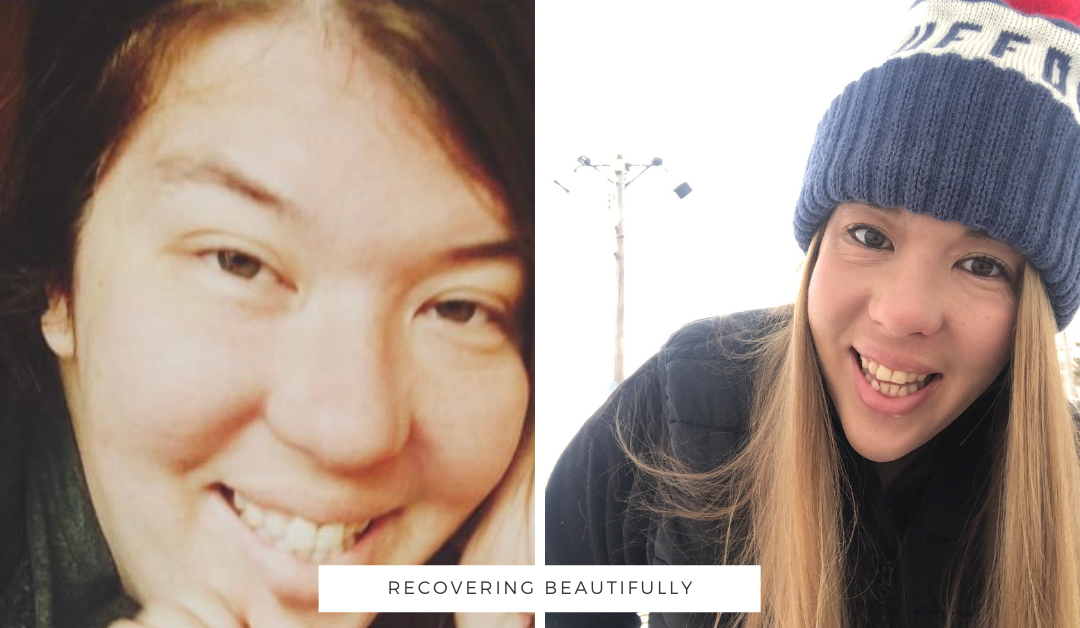 I grew up with a verbally and emotionally abusive father. We weren’t allowed to talk about our true emotions, instead, we had to act like everything was ok. The only emotion that was acceptable was anger and you could show that by yelling, punching, and slamming doors.

It was a constant zero to one hundred atmosphere.

At a very young age, it was ingrained in me that I couldn’t do anything right.

And my older brother? Could do no wrong. I was constantly grounded for the stupidest things. Many nights I would sob under the bedsheets begging God to either take me or take my father. Or to just magically swap lives with my deceased brother, knowing that it was the women in my father’s life that did everything wrong.

I remember my senior year in high school, a struggling friend burned herself with an eraser showing me the marks on her arm. Instead of being concerned, I took the idea and ran with it.

After that night, instead of crying for hours begging God to take me, I would ragefully burn my arms.

A new addiction was born: hurting myself.

When I left for college, my brother and I had a bet I wouldn’t drink until I was twenty-one. I lasted one week.

My self-harm ideals and suicidal thoughts only got worse during the next two years yet I was still pretending I was ok. My college career came to a halt after I landed in the emergency room filled with suicidal thoughts and self-induced burns on my arms.

I returned home and moved in with my friend Kelly. I absolutely refused to live under the same roof as my father. Kelly was a part of the United Pentecostal Church. She had a strict church schedule to adhere to. I remember the day she asked me if I wanted to join her and her mom at church. I thought….it couldn’t hurt. Maybe if I couldn’t save myself through all of this, God could.

However, I was still thinking about ways I could take my own life.

One day while I was laying on the couch, I texted Kelly a suicidal message. What seemed to be seconds later, Kelly’s mom, my father, and Kelly were standing in the living room. I was irate that out of all people to contact, she would call my father. He was the last person I wanted to see.

Soon after, my mom arrived. My parents decided to take me home with them for the night until they found me somewhere to get help. I packed a bag and rode home with my mom.

When we arrived, I remember standing in the living room screaming that I wasn’t going to stay.

I hated everything about my father up to this point. He did a lot of damage to me emotionally and verbally. They were going to have to drop me off at the hospital. I WAS not staying with my parents.

Off to the emergency room, we went. They found me a bed at a hospital about two hours away. A volunteer driver took me down to a vehicle that was gated like the back of a police car. When I saw my volunteers for the trip, my heart sank. Not someone I knew, but someone my parents knew. I was scared and hoping to God that they wouldn’t ask me what was going on.

How do you explain all you want to do is die to someone who thinks your family is perfect and nothing has ever been wrong?

Over the next month, I landed in that same psychiatric ward seven different times for additional self-harm and suicidal thoughts.

The hospital finally told my mom it was time for actual treatment.

I found myself falling back into the same old mental health behaviors over and over again every time I would graduate from a program.

After I graduated from my three-month inpatient treatment facility, I fell hard into drugs.

A new way to numb the pain that was going on inside of me. Selling my food stamps for drugs, selling my benzo’s for “better drugs” and in and out of the emergency room for whatever narcotic I could get my hands on.

In 2010, I was a cat with a couple more lives. Once I tried to take my own life which left me in the ICU fighting to survive alone because my family thought it would teach me a lesson.

Another time I smoked a laced blunt which caused me to crash my car into someone’s yard. The police had to break my window to pull me out, unconscious, and get me to the hospital as quickly as possible. I somehow walked away from the crash with no criminal charges against me. I decided I needed help to get clean and away from the addicts I was hanging out with.

I returned to church.

A church that told me how to live, how to dress, how to do my hair. A church that had so many rules on what I had to do to make it to Heaven. A church that traumatized me from ever wanting to believe in God again. A church that may have kept me clean and sober for that time, but a church that also never believed in any of my mental health issues, just like my family.

Again I felt unworthy and that a coffin would be better than what the world had to offer me.

I was tired: tired of proving to people my self-worth, tired of the crippling borderline personality disorder, PTSD, anxiety, and depression. Tired of needing to self-harm just to get a little bit of emotional pain out of me.

By this time, I had spent twelve years with three different therapists, in and out of different psych wards, multiple different outpatient programs, and two inpatient.

I moved multiple times trying to get away from the darkness I created for myself with people, drugs, and my mental health. I had tried recovering from drugs so many times and just never could. I tried to stop self-harming myself but just never could.

A year and a half ago I got back into dealing and doing dabs and marijuana pretty hard. To the point that I would smoke myself into what felt like a coma. I would smoke all day every day. My therapist would practically have to bribe me to not come to a therapy or group sessions high. When I was high, I would become very quiet, and quiet wasn’t something I was.

In 2020 I was sent to my second all-girls inpatient treatment center.

This time the focus was more on drugs than mental health. The first day I had girls stealing the personal stuff I was able to bring with me. I learned that many of the women’s drug choices were much harsher than mine.

I felt deeply like my drug of choice was not valid.

I tried to run away multiple times down the gravel road and each time the same worker would catch up to me and talk me out of it.

It was day five of forty when I finally snapped.

I not only got to the end of the gravel road but I walked four miles into town.

I saw a couple pulled over on the ramp off the interstate. I quickly ran across the road asking to use their phone. I called my sister, “I will be under the tree in the McDonalds parking lot please come get me or I will start walking north.”

My home at that time was three hours away. I probably sat under the tree for an hour before the same worker who always stopped me on afternoon shifts spotted me on her way to work. She pulled over and sat under the tree with me and asked me to please come back and if I wanted to leave that I could leave tomorrow. I agreed and rode back to the treatment center with her.

The next day I left.

A couple of days later I broke the news to my cousin who has been my best friend since we were in diapers. She offered me the greatest gift, asking, “Why don’t you move down here and live with my husband, your niece, and me until you get on your feet?” I was hesitant at first because change has always scared me. Finally, I decided to take her up on it.

I moved to a place I told myself I would never move to.

And it has been one of the best decisions I have ever made. I got a job at the local bakery and I live upstairs. I help out with my cousin’s farm and her animals. For the first time in thirteen long years, I can say that I am not only sober, but I am self-harm free, and cigarette free for six months.

I work my butt off emotionally, mentally, and physically. I am still in therapy and see my medication doctor.

I have learned to love myself and not let other people make me feel like I am not worthy of life.

I have learned to fully accept my mental health diagnosis.

I have learned to forgive those who have hurt me so badly in the past. I have learned who my tribe is, who supports me, and who truly wants what is best for me.

I have learned how to cope with the PTSD and trauma of not only my childhood but my adulthood; how to truly deal with my intense emotions that my depression and anxiety have to offer.

I have learned that hurting myself either physically or with drugs is not the answer because the problem is still there afterward. But most of all I have learned that I am lovable, I am strong, I am brave, and that my story isn’t over yet. I am a warrior and I have the scars to prove it.

***Disclaimer: This website, jugglingthejenkins.com, is not affiliated with any specific recovery program. Different avenues work for different people.***