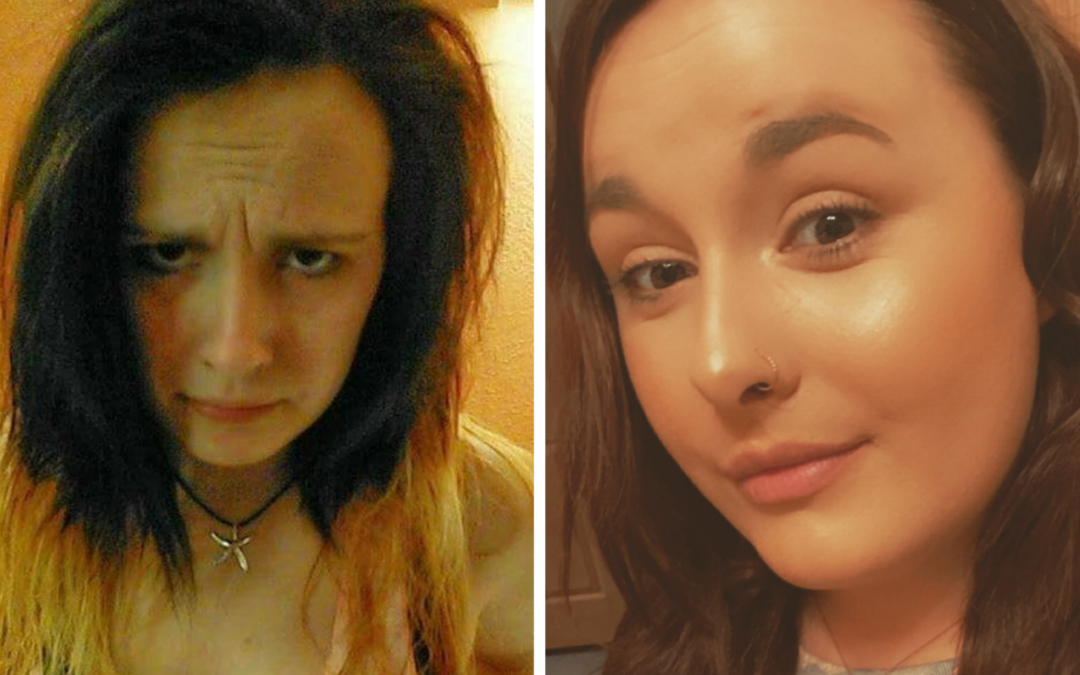 Everybody has a story.

Where they grew up, what their family was like, how they did in school, who their friends were. But it wasn’t until I was introduced to the rooms of Alcoholics Anonymous in Omaha, NE that I was told that none of it mattered: why I am the way that I am. I just am. I like the effect produced by drugs and alcohol.

I knew I was different from a young age. Always wanting to stand out from the crowd, taking an inch so I could get a mile, never feeling a part of one group of friends but always finding a way to be surrounded by people.

See, camouflaging was something I was really good at. I could blend in with any group of friends. That way, nobody could really see me for who I was: somebody who couldn’t stand the feeling of being in their own skin.

My love for alcohol and drugs began at the age of 12 or 13 when I started smoking marijuana.

I loved it. I loved the light-headed feeling it gave me, the lack of inhibition, I could escape into a person that wasn’t me. I wanted to smoke every day. Before school, during school, after school.

A couple of years later, I tried alcohol. I drank an entire bottle of UV blue to myself in my friends basement on NYE and her mom had to give me a shower because I threw up all over myself. I wanted to do it again the next night.

I found myself drinking more than my friends (which was a lot). If one group of friends thought I was too much or got too messed up all the time, I would find myself different friends that could keep up with me.

My mother, bless her heart, raised me as a single parent. I wouldn’t find out until later in life that my dad is an alcoholic (whom I didn’t meet for the first time until I was 18). Many labeled my drinking and using as “daddy issues” but dad or no dad in my life, I was going to be an alcoholic.

My high school career composed of house arrest, juvie, probation, and dropping out of the one thing I really loved, soccer.

Instead of graduating with my class, I graduated about a month late because I was short on math credits. Soon after, I was headed to my first rehab. This would be the first of many. In total, I have been to 25 treatment centers/detoxes/IOPS, and halfway houses in 3 different states.

At 18 years old, a boyfriend, who I met in rehab, introduced me to heroin. How did it not work out, right? I remember the day I saw him shooting up in our apartment. I was so angry. How could he do that to himself? We only smoke drugs, right?

Not two weeks after trying heroin for the first time, I was shoving a needle in my arm. “Wow, this is it,” I thought. “This is how I want to feel for the rest of my life.”

Shortly after, my boss introduced me to methamphetamine. That was it. My life spiraled down and I was evicted from my apartment, my boyfriend moved back to Seattle, and I was left all alone with a drug addiction that I could not control.

When I was 20 years old, I became pregnant with my son.

I didn’t find out until I was about 4-5 months along. I was not well, my skin was gray, I was tiny, and I couldn’t stop. I was mortified at the idea of facing the reality that not only am I a heroin and methamphetamine addict, but I’m pregnant.

The doctor’s office took my urine for every check-up (to check for things related to the baby) and not once did they drug test. In the back of my mind, I was hoping and praying that one of the nurses or doctors would pull me aside and offer me help, but it never happened.

Nobody in my family would know that I was a junkie until about a day after I delivered my son. He was positive for both drugs. The nurse had ordered a drug test because she had noticed track marks on my arms. A social worker came and took my son and he went to go live with his dad.

I left that hospital with an empty car seat and a family who was sickened by me.

How could somebody take drugs while they are pregnant? I didn’t have a choice. I know, it sounds like a cop-out but once I start using, I cannot stop. I do not have a choice or a say so in when I will stop.

I went on the run. Getting high, arrested, and bailed out of jail just two short months after my son was born. I was offered family drug court to get my son back. A doctor started me on a Suboxone maintenance program and I completed family drug court in 8 months without getting into trouble once.

During this time, I attended meetings and I played the part. Bought a book, shared, even ran a couple of meetings, but in the back of my mind, I knew I wasn’t done using. The obsession to use was still there, I had no spiritual tool kit.

It wasn’t long before I convinced myself, “Drugs were your downfall. You can still drink.”

And then it was off, alcohol led to coke and right back to heroin. Treatment center after treatment center. Bouncing around from guy to guy. If you had drugs or money, then I was your best friend.

At this time, I had my son half time. I did things that I wasn’t proud of like bring him with me to buy drugs and get high with him in the other room. I wanted a better life for my son than I was providing, but at the same time, I truly believed that I wasn’t capable.

I threatened to kill myself to my mom so many times that she had stopped taking it seriously a long time before this.

One time my mother told me, “Tory if you are going to kill yourself, can you please just do it already? Because I feel like I’m grieving you over and over.”

That broke me, but it wasn’t enough to stop.

Then one day, she gave me an ultimatum. Either I get on a plane to Florida and go to treatment or I hand over my son to her and get out of her life, forever. Naturally, I drove to get high and called my mom the next day. “Mom, I’m ready to go.”

I went to a lot of treatment centers in Florida. My first therapist told me that I was full of shit. I was appalled and offended. But she was right, I was incapable of being honest about my alcoholism and addiction. My routine was to go into detox, then treatment, then sober living for 30-60 days, work a couple of half-ass attempted AA steps, and go right back to what I knew, getting high.

My mother was so tired of getting calls from treatment centers saying “your daughter is okay.”

But bless her heart, she always answered the phone. She always talked to me even though I know she didn’t want to hear a thing out of my mouth because all I did was lie.

I lost easily 40 friends while living in Florida to drug and alcohol-related deaths. I found myself in the sketchiest neighborhoods in Florida smoking crack and doing heroin, doing things that I told myself I would never do.

It wasn’t until I went to JC’s Treatment Center in Hollywood, Florida that I got sober in 2017.

One night, getting high in a seedy motel right off the highway, I kneeled on the dirty floor and told God, “I give up. I can’t stop. I don’t know how to stop. I am going to die if I keep living like this.”

JC’s recovery took me back for a second time and I never looked back. My sobriety date is November 12th of 2017. I have been sober from all mood-altering substances since that day.

I was told to humble myself, get a sponsor and work the steps.

So that’s what I did. I worked at Chipotle for $9.00 an hour when I was new in recovery because I was told to take any job I could get and that the rest would work itself out later.

I now have a wonderful relationship with my son and my family.

I am employed as a social worker for the State of Nebraska and I am currently going to school to be a drug and alcohol counselor. I will be provisionally licensed at the end of this summer.

I hope to attend UNK to pursue a degree in social work and eventually run my own sober living community. I bought my own brand new car, I have a nice apartment for myself and my children, and most of all, I continue to help other women in their journey to sobriety.

I love working with new women in sobriety more than anything. Building relationships with women that I didn’t think was possible has been such a blessing in my life. Being an active member in AA is everything to me. Without AA, I wouldn’t be the woman that is typing this. God is everything or he is nothing. Today, he is everything.

***Disclaimer: This website, jugglingthejenkins.com, is not affiliated with any specific recovery program. Different avenues work for different people.