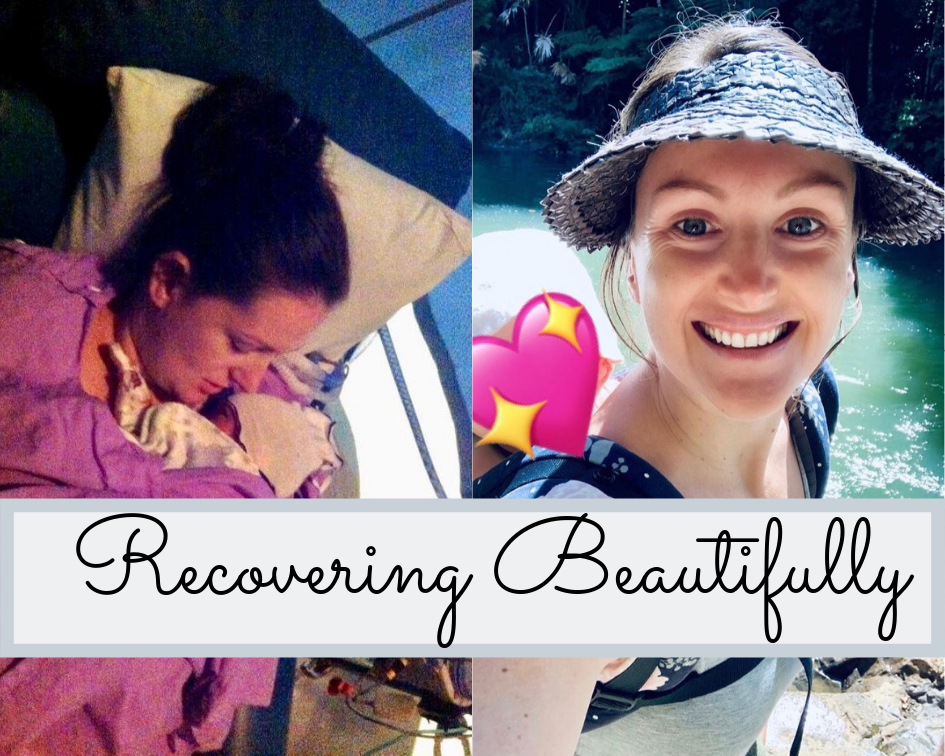 This is a story of overcoming post and pre-natal depression, anxiety, OCD and bouts of Psychosis but more importantly it is a story of hope. Our struggles make us stronger, they make our light shine brighter. A light that will shine on others in darkness.

As a child I had suffered undiagnosed anxiety and a bout of depressions whilst I was at boarding school. I got through life managing it quite easily, the anxiety wasn’t there all the time and the depression didn’t reappear until I was 20, when I had my first big breakdown. I was prescribed anti-depressants. I didn’t change anything else in my life, I didn’t seek help I just took my magic pills and kept on keeping on.

Fast forward to my late 20’s, I met a guy a great guy who I ended up marrying. As most stories go, we got married and not long after we decided to try for a baby. It didn’t happen quite as quick as we had planned so we saw a fertility specialist and after a year I fell pregnant. The pregnancy was great, I was a little sick but nothing out of the ordinary. I knew deep in my soul that we were having a boy, this was confirmed by an ultrasound.

I had all these pre-conceived ideas of how it was all meant to go but we all know that sometimes things just don’t go as we plan. The baby was in breach position and would not turn so I was scheduled for a C-section, but I went in to labor before then so it was classed as an emergency caesarean. I don’t remember being overly scared, I was just excited to meet our baby.

So the time was here, the Doctor delivered our baby and he was handed to me. I held him for only a few seconds and noticed he was turning blue, I yelled he’s turning blue! He was taken away from me straight away. I was taken to recovery while they helped out our baby’s lungs. I was brought back but he still wasn’t breathing well on his own so he had to be rushed to a special care unit at a different hospital. He was away from us for 6 days, I got to visit him but it wasn’t the same as having him by my side. After two weeks of us all being in hospital the day finally came for us to bring him home. My husband and I were so excited.

My mother was there but got a phone call from my father saying that our beloved dog had been ran over and didn’t make it. This was the icing on the cake of trauma I had endured. I collapsed to the ground and was hysterical, it was all too much.

We arrived home and it just didn’t feel right, this wasn’t how it was supposed to be. I didn’t feel how I was meant to feel with a new born, I was just going through the motions. I cried all the time. Initially I thought it was just the loss of our pet but as the weeks went on it got worse. I was so anxious and numb at the same time.

One night I was bathing our baby and all of a sudden, I felt this terrifyingly evilness rush over me. Like something had taken me over, I was scared of myself. It made me feel like I was going to hurt my baby. I couldn’t be near him, I didn’t want this evil force to take me over and do something that was my greatest fear. I didn’t understand what was happening, I felt like a monster. I had suffered with OCD and intrusive thoughts before but this was a whole new level. I was distraught, that was my breaking point. I went downhill quickly; my mum took me to the mental health unit and I saw a doctor. I was prescribed the highest dose of anti-depressants. I would have visions that I would hurt myself or even worse, my child. This went on for months. I didn’t want to die as such, I just wanted whatever was haunting me to go away, I needed my demons gone.
I didn’t start to feel like myself again until just before our sons first birthday. The depression was gone but I would still get horrific panic attacks, and the demons would poke their head out every month or so just to remind me they were still there. They never really went away they just lay dormant for a while.

There is a plan for our life, we have a purpose but in order to get there sometimes we have to cross the fire and brimstone before we reach our destination. We are sent angels disguised as people along the way, angels who will help you cross the brimstone.

I met a friend through a parenting group who introduced me to her “therapist” she was not like your average therapist, she knew things. She knew things about me, she knew my demons. They were once her demons. Over the next couple of years, I worked with her and my transformation began, what I didn’t know is it began well before then.

After 4 years I got that urge, the urge where you want another baby. I thought I would never want to have another baby but every part of me wanted it. It took us about the same time to conceive and eventually I fell pregnant, I was elated! I wanted this so badly.

The hormones hit me hard and fast, they also brought my demons back with them. I remember sitting at the kitchen table next to my firstborn who was now 4. That evil feeling came washing over me which was shortly followed by sheer terror and panic. It was happening again, everything I went through after my first baby was happening now before I have even had this baby. I thought that it was maybe just a passing anxiety attack but it wasn’t going away. I was terrified, I was terrified of my house, my surrounding and terrified of myself. I was still seeing my “therapist” who explained energetically what was going on. She formed a support group for me who helped me understand and get through what was happening.

One night I was in the kitchen and next to me was a large knife and my son was sitting on the bench. I felt that feeling wash over me again, that evilness that tried to convince me I was a monster and that I would hurt my son. I was hysterical, I started to believe what my demons were trying to convince me of. I believed I was a monster. I went to my room turned the light off, climbed in to bed and called one of the ladies from our group, she talked me through the panic and I was able to pull myself out of bed and explain to my beyond understanding husband what had just happened.

This wasn’t an isolated incident, it happened a few times but different scenarios. I continued to work with my therapist and the more I did, the clearer I got. It took nearly to the end of the pregnancy for me to feel ok again. Just as I had missed pretty much the first year of my son’s life living in a fearful blur, I had spent this pregnancy the same way. I could barely focus on the fact I was about to bring another child in to the world I just needed to focus on getting myself better again.

I eventually got to the point where I was (kind of) ready to have this baby, who we found out was the baby was a girl. I knew this information already but was confirmed by ultrasound once again. She was also in the Breach position so I was scheduled for another C-section. This time I didn’t go in to labor. I was excited but mostly terrified that history was once again going to repeat itself.

Once I got in to the room and laid on that table, it all stopped. I was at peace, I felt calm and ready. The time was here. I asked for the curtain to be taken down whilst she was being taken out so I could see, I also requested a gentle Caesarean. She was delivered and handed straight to me and placed on my bare chest. She was perfect and breathing fine all on her own. She came with me to recovery and breastfed while the nurses did what they needed to do. The whole thing was perfect.

My demons did poke their head out a few times but they were just a memory trying to regain their power but at this point I was stronger than any demon could ever be. I continued seeing my therapist, I continued with my lifestyle change I had started while pregnant to try balance my hormones. Almost 2 years later the person I first mentioned in the story is no longer who I am. I have been studying healing work as well as health coaching, I am happier and healthier than I have ever been. I have a new zest for life and live most days like they are an adventure.

I have recovered and transformed beautifully.