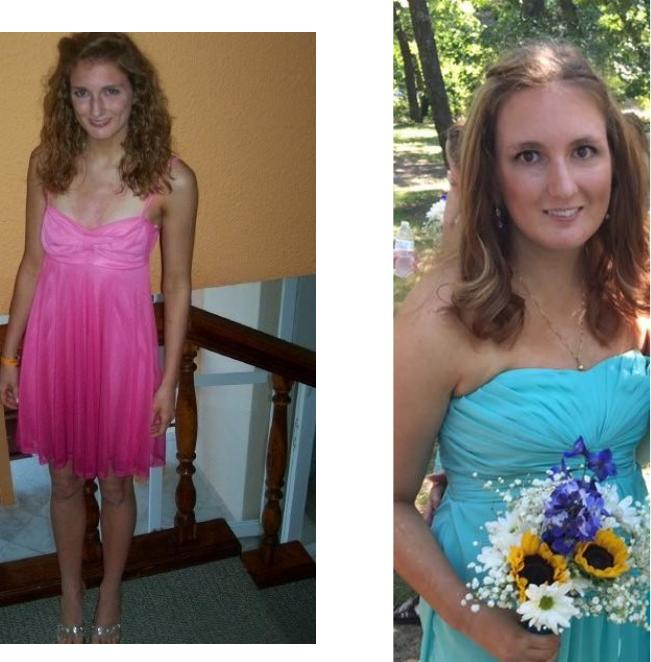 It was September 11th, 2009. I slowly and painfully opened my eyes to see a screenshot of the Twin Towers collapsing on the news in a memorial tribute they were conducting.

I wanted to feel empathy for the pain these people were experiencing, but I couldn’t. I couldn’t feel anything. Because in my own life, my world was collapsing.

Collapsing so fast around me there was no way to stop it. I slowly realized where I was. I was in a hospital bed, connected to endless tubes and feeling like I was hit by a speeding train.

I shed a tear once I realized why I was in the hospital, and closed my eyes  again, drifting into a sleep I was hoping I would never wake up from.

Twenty-four hours earlier,  I was, in my dorm room just three weeks into my freshman year at college. It appeared as if I had everything on the outside, but on the inside… I was done.

I was done with hiding my body in the September heat because of all the wounds I had inflicted upon myself. I was done with my newest malady—a prescription drug addiction I was unaware I even had at the time.

So I had taken the pills. All of the pills. I needed my pain to end so I took matters into my own hands. Little did I know I would survive and my journey that had seemed so long up to that point was actually just beginning.

I was kicked out of my dream college for overdosing in my dorm room, and forced to return home with two furious and hopeless parents.

The following months were some of the lowest of my life. For one thing, I was detoxing from the pills. For another thing, I was on suicide watch.  I was unable to be alone during the day, yet spending every waking moment that I was possibly able to binging and purging and self-harming.

I had loathed my body so much, that I spent every day injuring my underweight, yet seemingly enormous stomach in the shower, hoping for it to somehow appear more acceptable to me when laden with indelible scars.

I remembered that after I was hospitalized for anorexia for the first time at age fourteen, I had read a book that was recommended to me, which was written by two authors.  It became my recovery Bible, my survival handbook.

The month after I overdosed, I connected with one of these authors on Facebook. He told me he was conducting an eating disorder recovery retreat in Nashville and would love it if I came. So I took a leap of faith and traveled from Detroit, Michigan to Nashville, Tennessee not expecting much of anything to happen there. Little did I know my life was about to change.

At the retreat, the moderators and other girls there talked about a residential treatment center just outside the city. They made it sound like a safe haven where healing just naturally occurred. Following the retreat I had a two-month long fight with my parents to let me go to the Recovery Ranch in Tennessee. They thought it was a waste of time and money after undergoing so much outpatient and inpatient treatment up to that point, they thought I was a lost cause. Eventually they begrudgingly to let me go to treatment.

The day finally came. December 22, 2009. I hopped on a plane at eighteen years old and travelled to the Ranch, hopeful yet horrified. Regret immediately set in once I arrived. Before I left home, my father had threatened to disown if I came back with my same issues tagging along. So the pressure was officially on, as I couldn’t let down my family or myself.

The next 90 days I did the most work on myself as I had ever done. I uncovered the root of my eating disorder, mental illness, self-injury, and addiction. With my trauma therapists, I finally talked.  I finally talked openly and honestly. I talked about my severe Misophonia Sensory Disorder that destroyed my family and my childhood ever since the age of two.

I talked about the time I was assaulted in junior high, my innocence stolen and heart permanently broken. We talked about what the disease was doing for me, how it was serving me, and how it was not.

Those three months were miraculous, but didn’t come without their blood, tears and lapses.

Parents weekend was in March. My parents came and we discussed everything. All the pain that they had no idea I had been experiencing, the pain that caused so much anguish for me, and in turn for us all. I saw my dad cry for the first time. Inexplicably, it was incredibly heartbreaking and heartwarming at the same time.

After the Ranch I was transferred to Wisconsin for transitional living for five and a half months, during which time I was accepted into the University of South Alabama, a school I was introduced to by my best friend from treatment.

I relocated to Mobile, Alabama, once again both hopeful and horrified. I was afraid that round two of college was going to turn out exactly like round one. But I was stronger this time.

I was doing great in college until my parents called me to come back home for a visit a few weeks in. I had a bad feeling about this. As I suspected, both my parents were in the parking lot outside of the airport, my dad, looking once again like he would burst into tears. He told me my mother had been diagnosed with breast cancer. I had to return back to school with this news in mind and try not to let it affect me which was difficult, but luckily I did great.

Nine months later I received a call that the cancer was quickly spreading in her brain now, and I had to return home immediately. When I got back to Michigan, my mother, my rock, my best friend, couldn’t remember my name. The dementia had set in for the first time. We had brain surgery and she recovered but it was a long journey ahead of us.

I returned back to school once again in August 2011, and went into full- blown anorexia relapse. The restriction set in again, which was soon followed by binging and purging and running up to ten plus miles a day.

My body was exhausted. But it was the only way to deal with a dying, dementia-inflicted mother. Soon after that I met an amazing man and everything seemed to get better.

In March 2013, my dad once again called to say it was time to come home. This time to say my goodbyes. I was twenty-two. She was fifty-one.

The same year mother died, my boyfriend and I decided to get engaged. I was heartbroken my mother wouldn’t be there to see me shining on the happiest day of my life.

Unfortunately, her death had triggered in me a relapse with myself-injury that landed me back in treatment. This time at SAFE Alternatives in Missouri. I once again took a look at my triggers, did some more trauma work, and stopped the self-injury and eating disorder once and for all.

Things have been much better since then, but not all rainbows and unicorns. At first it was failing out of Occupational Therapy school due to anxiety and overly-sedating medication, then it was losing my best guy friend to suicide, then a divorce at which time I was forced to return home.

I experienced liver failure caused by Hepatitis which almost cost me my life. But now, I am happy to say that I am behavior-free and feeling as healthy and strong as ever. I could waste my time feeling sorry for myself. I could stay in bed and grieve my losses and not try so hard to motivate myself to keep going. But the truth is, if I had an easy life, I would never had gained the experience, strength, and hope that I did through my struggle.

I can honestly say I have something more priceless than any number on a scale, marriage or occupation. I have resilience. Why is resilience better? Because it means that I can still enjoy my good days, but I can survive through my bad days, as well. No, I can THRIVE through my bad days. That is something no one can buy or obtain through anything but fighting. I fought hard. And I won.

I am now finishing up my master’s degree in addictions counseling. I want to help people who I know are struggling through something horrific. Something that has another side. And I thank God that I was able to get there….