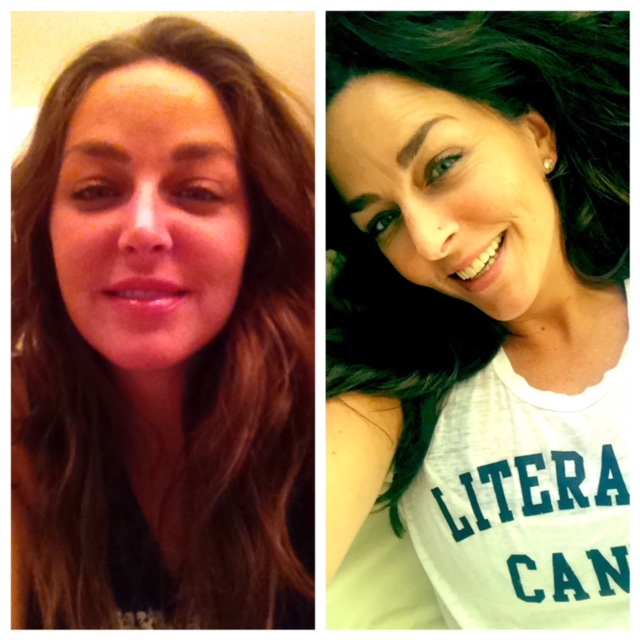 I had a wonderful childhood. Hard working father and a loving and
attentive mother. I have one brother, two years my junior and we were
very close growing up. Middle class family in a beautiful
neighborhood. The picture perfect “normal” family.

I met and fell in love with a fella when I was eighteen years old. We married at 22
and started our family at 27. We had three beautiful boys. I began
my nursing career in the ER the same year my first son was born. My
husband began his career as a Firefighter/Paramedic at that time as
well.

That year, he began to change.

The affairs started soon after. To the outside world, we were the picture perfect family, and I worked incredibly hard to keep up that façade – slowly losing myself in the process.

He had more than thirty affairs, and I was at a complete loss. I had reached a point where I was unable to find joy any longer. All I knew was that I was a good mom and a good nurse.

He asked me for a divorce in 2010, and finally… I felt an incredible sense of
relief.

I spent the next few years getting to know myself again, while
raising my boys alone because he was off to marriage number two. I
slowly began to socialize for the first time in my adult life.

Most of the friends I spent time with drank when we went out. Alcohol
hadn’t been part of my life very much, but that seemed to be all anyone did when we went out, so I eventually joined in.

It helped me relax and be more outgoing.  I started drinking wine at home,
and that quickly became a nightly thing. In one year’s time I was
drinking every single night after the boys were in
bed.

That’s when I noticed all the tears and buried emotions from
years prior starting to surface. In 2014 my now ex-husband said he
wanted to be more involved with the boys, so we moved closer to him.
He was in a relationship with a girl who was awful to my kids. It was
very difficult and I continued my nightly drinking to cope with the
influx of chaos.

I was swimming in self pity. I remember
distinctly a conversation with my best friend when I told her
something was wrong. That I felt dead inside and couldn’t figure out
why.

One day I found out I had a kidney stone. I was prescribed
Norco for pain, and it was the perfect storm. I was in a dark place and
already using alcohol to numb the pain, when I added the pill to the mix, I was instantly hooked.

Within three months I was buying them from a drug
dealer, and taking up to 50 a day.

I reached a point when even that wasn’t enough, so I decided I was going to steal
Dilaudid from the Pyxis at work.

I glanced at myself in the mirror that day. I had gotten used to not doing that very often because I didn’t even recognize myself. I saw the reality of what I had become
and knew that I was heavily addicted, and that once I diverted
narcotics from work, there was no turning back.

When you take medications from the Pyxis, you have to use your fingerprint.
At that point I had lost the ability to care. Most nights I prayed I
wouldn’t wake up the next day. I felt there was nothing left for me.
I was broken inside, I had now committed a crime, and I truly didn’t care. The pull of the drugs was so intense that I continued on the path of destruction for weeks.

Due to lack of sleep, too many pills and some alcohol, I blacked out on Easter Sunday. The only memories I had were my kids trying to wake me up the next morning. I continued to use for two more days, then made the best decision of my life. I called
the Nursing Board and told them I was a drug addict, and that I didn’t
know how to stop.

They put me in the diversion program and suspended
my license.

April 8, 2015 is my sobriety date. I told my family I had a problem
and they were devastated. It was like the fall of the golden child.
I had to move in with my parents and detoxed on their bathroom floor
with no meds. Three days of pure hell.

On the 4th day I drove myself to an NA meeting. I had no money for treatment so I found a county facility that offered to help me. I sold my truck to pay for treatment, and went five days a week for 14 weeks.

When I was four months sober my storage unit was auctioned off because I couldn’t make the payments. I literally lost every material possession of my life, including all of my kids belongings.

At the time it was devastating, but thankfully I had an amazing sponsor that walked me
through all the feels that came with that loss. I ended up being
grateful that it was all gone. I was a new person.

I was able to recognize my character defects and be accountable for everything in my
life. The victim mentality was lifting. I was watching an episode of
Intervention one night and I saw a treatment center on the show that
was close to me. I decided I would apply for a job there (I was still
unable to work as an RN) so I applied for a weekend position in their
detox as support staff.

They hired me and within a month they asked
me to take over the Operations Department. It was a huge load because
it was a 110 bed inpatient residential facility. I excelled at it,
and my self worth began to rebuild.

When I was six months sober, I received a call from a detective. He said there was a warrant for my arrest. The hospital had charged me with diverting narcotics.

He told me to put my name on the calendar at the courthouse and face the
charges. I was terrified. I had no money for an attorney and no idea what was about to happen. I went to court alone and I found that they had charged me with 28 felonies.

They assigned me a public defender, and despite the fact that the District Attorney wanted me in jail,  I was able to get a deal. Two felonies and 180
days work release. I was accountable for what I had done, I never
denied it.

I knew taking this deal would prevent me from ever
working as a nurse again, but I took it anyway.

In lieu of doing work release they put me on 90 days house arrest. My sons
had to go live with their dad at that time (and he didn’t want them).

I survived that 90 days of wearing an ankle monitor and got my
boys back right away. Literally one day after my house arrest was
complete, I was promoted in my job to Program Director.

Today I have been clean and sober for a little more than three years. I
had to surrender my nursing license, but I was able to do so with
grace.

I held onto being a nurse for so long because it was such a
huge part of my identity. Today I realize… I am so much more. I’m a wonderful and
attentive mom, I am genuine friend, I do everything in my life with
honesty and integrity. I work on my recovery every single day and
always strive to grow. I lead by example in my position as Program
Director. I lost everything three years ago and have rebuilt my life
completely differently, and better than I could have imagine.

Our treatment center was featured on an episode of
Intervention recently, and I was on the show. I got to be there for someone’s
first day in treatment and be part of her journey. She has now been
sober for 13 months and I just gave her a job as detox support staff.

Everything comes full circle in life. Living amends are so important and
I wouldn’t change one, single bit of my life. I am grateful for a connection
with my Higher Power, and that spiritual connection is what I hold onto
most.