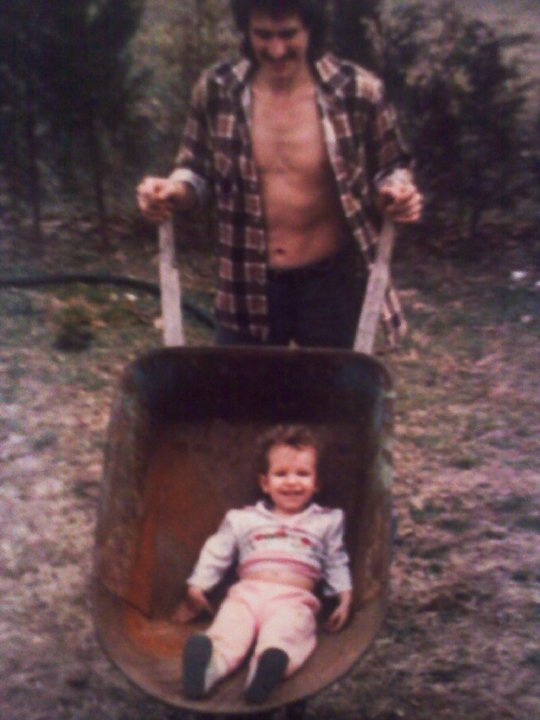 I wish I could take credit for “The Toolbox”, but it’s actually something I was introduced to when I first got clean.

A woman named Sharon would talk about it every  morning, at the 7:30 Wake-up meeting.  It was actually her answer for everything:

For a long time, it used to aggravate me. I would think to myself, “Hey Sharon, how’s about you pipe down with “The Toolbox” crap, and contribute something meaningful to the conversation?” I honestly thought something was wrong with her. Perhaps the drugs had fried her brain to the point where she only knew two words and those were it.

It wasn’t until I was alone in the rain at the bus stop a few months later, that everything that woman ever said about that damn toolbox suddenly made sense.

I wasn’t expecting my old drug dealer to pull into the gas station next to the bus stop, and I certainly didn’t wake up that day with the intention of having the fight of my life with myself either.

The bass from his speakers rattled the trunk of his Escalade, and it immediately sent chills down my spine. Six months earlier, that sound would have caused me to sprint into the front yard practically tripping over myself as he arrived to drop off my goods.

Here he was, ten feet away – and here I was, with six months clean on a park bench, waiting for the bus back to rehab from the health department. I always felt so special, because the owner of the rehab trusted me enough to navigate through town on my own after only having been there two months.  Truthfully, the trust they showed made me feel responsible, like each time I returned to the house, it was a mini victory.

Today however, I realized how foolish it was for them to give me that freedom – because I was about to f*** it all up.

My mouth watered as he exited the gas station, holding up his sagging pants with one hand, and carrying a scratch off ticket with the other. He was so close I could almost see the diamonds in his teeth.

As I went to push myself off of the bench with the intention of calling out to him, I suddenly heard Sharon’s raspy, stupid voice in my head; “The Toolbox”.

I closed my eyes and took a deep, frustrated breath… That f***ing toolbox.

The bus pulled up 11 seconds later…and I stepped on.

As I trudged to the back row of seats, my flip-flops ‘squishing’ with each step, I began to sob. It felt as if I had just walked away from the love of my life, knowing I would never see him again. I wanted to use, but I wanted to be clean. Those two desires dancing around in my heart made it almost impossible to breathe.

Ever since that day at the bus stop, I’ve reached into my toolbox at least once a day.

See, we all have this, “Toolbox”, and each of us possess different tools.  For about ten years of my life, my toolbox consisted of one thing only—drugs.

When I was sad, I reached into the toolbox and grabbed a pill.

If I was depressed, I grabbed a pill.

When I made the decision to get clean, my toolbox was suddenly – empty.  I would feel an emotion, and furiously dig into my toolbox, only to come up empty-handed.  I had no coping mechanisms, nothing to clutch on to in those times of turmoil. So what the hell was I supposed to do?

What was I supposed to do with all these new feelings? These feelings that—up until that point had never had a chance to bubble to the surface, because the moment I felt them rising I had shoved them back down with my “tool”.

Sharon had a simple explanation for this; “Put more shit in your toolbox.”

The day before the bus stop, my father had come to visit me at the rehab center.  He was walking with a cane, as he was in the process of undergoing experimental chemo treatments that made him weak. We spent the hour laughing, reminiscing, and chasing lizards.

Before he left he gave me a great, big hug, and he pulled away he squeezed my shoulders and whispered, “I am so proud of you, my beautiful daughter.”

I didn’t know it, but I had subconsciously taken that ounce of pride my father had given me, and placed it into my toolbox.  The very next day, I would have to reach in, and draw from the strength my Dad left me with, and that was the first, of many tools I have added to my collection over the years.

My toolbox today consists of: music, meditation, bubble baths, chocolate (this probably isn’t the best tool, but it’s in there none the less), my children, my goals, and the fact that my mom and dad are now in Heaven cheering me on from the clouds.

When the kids are driving me crazy and I want to unleash the fury of a thousand dragons, I reach in and grab my “five-minute-time-out card”. I give myself five minutes to decompress, and re-enter the room with a more calm demeanor.

When I want to isolate, I reach in and grab my address book filled with people in recovery to cheer me up and remind me how awesome I am.

When I want to give up, I reach in and grab the video my supporters made for me, where they each took turns talking about how I’ve impacted them and how my words matter.

We all have the ability to fill our toolboxes with things that allow us to navigate life on life’s terms, without feeling the need to turn to drugs.

My worst day clean is still a thousand times better than my best day high, and I am so grateful to have found what works for me, and apply it to my life daily.

I’m also incredibly grateful for Sharon, for talking about that stupid toolbox, because it has changed my life in ways that I can’t begin to explain.

What’s in your toolbox?