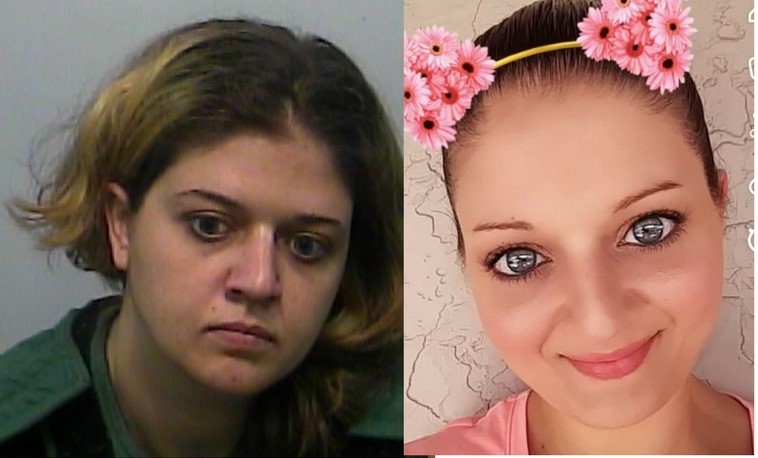 Growing up I had a tough life.

My father was a police officer, and my mom was a prescription drug addict. My father’s new wife not only kept me from my mother, but she also abused me.

By the time I was almost twelve, I had run away from home five times.

The fifth time I ran away,  I ended up at my mother’s house. I didn’t know at the time that she was a drug addict, all I knew was that it felt a hell of a lot better than being abused.

I will never blame the way I turned out on my childhood, because that isn’t what started my drug use. I used to be someone before drugs got a hold of me.

At 24 years old, I was a single mother of a four-year-old and had held a job working with the mentally handicapped. I was struggling, but I was making it. At that time, I knew nothing about drugs. And my mother being a prescription drug addict, was just a normal part of life for me.

I have suffered from severe back pain since I was 16 years-old, and one day in particular, the pain was worse than normal. I complained to my mother about my back trouble, and she responded immediately with “Here honey, take this, you’ll feel better”, as she handed me a pill.

That was it. That was that one pill, that began the destruction of my life.

Over the following six years; I moved several times, struggled to find more drugs and gave up custody of my six-year-old (to an extended family member.)

One Lortab pill turned into ten pills at a time, and eventually even that wasn’t enough for me— because as we all know, its never enough.

When my best friend introduced me to Roxicodone, everything changed. It was the greatest feeling I’d ever experienced and I quickly began snorting them. Anywhere from five to ten pills ( how ever many i could afford) went up my nose everyday, no matter what.  My life revolved around getting high and figuring out where that next pill was going to come from.

The lying, the manipulating, the pills… life was going downhill fast.  I had nothing left to live for, so why not stick a needle in my arm and become a full blown IV drug user?

And that’s exactly what I became.

On October 3rd 2014, I made the courageous decision to get help. One day I was so dope-sick, and so tired of life. I looked at myself in the mirror and told myself, “You’re going to die, you are going to die if you do not stop.”

That’s when I decided to check myself into a state-run detox center in Florida. I stayed in detox for three weeks, and when I got out I went to stay with a family member, away from the city, the people, and places I knew to get drugs.

A couple months after getting clean, I met the wonderful man I now call my husband, and life started looking up.

I was clean, and I was married on March 20, 2015. (yes very shortly after deciding to get clean), and I began gaining trust and respect back from my family.

We were forced to go live with my mother and before I knew it, life caught up with me… and I relapsed.

This time, it wasn’t even pills… I relapsed on crack cocaine.

Within two months, I drained my husband and I’s bank account to .43 cents.

I will never forget the day I had to tell my husband— the man who had been there for me through everything— that I had relapsed. And all of the money he earned working 60 hour weeks to support us… was gone.

That day nearly destroyed us, but my husband didn’t give up on me.  He wanted to, and we were to the point of divorce, but his mother sat him down and explained, “She has a disease, you have to understand that, because you have the same disease. I did this with you for ten years, don’t give up on her.”

I was forced to go back into detox, and although I knew it needed to happen, I didn’t expect it to be in the back of a police car after a long night of smoking crack.

I was checked into the CSU for two days because I had threatened to commit suicide, and after I left there, I was transferred back to the detox for three more weeks.

While  in detox, my husband made arrangements to quit his job, and move us over 300 miles away from my hometown, to his.

It’s now been almost 2 years, and I have achieved so much.

We have been married for three years, I have held the same job and lived in the same home for two years. I got my drivers license back, and best of all… six months ago, I received custody of my 11-year-old daughter.

Life still has its ups and downs=, but I’m extremely happy to be on the road to recovery with my husband and daughter. We just celebrated our first Christmas in six years together, and I truly couldn’t be happier.