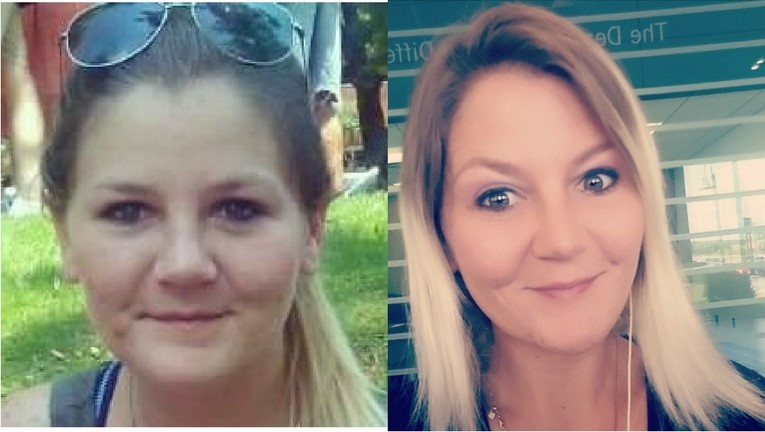 My clean date is March 23rd, 2016, so I just celebrated 20 months of freedom from heroin (and crack and meth when I was trying to stop the heroin). The following is my journey thus far…

The first time I acknowledged that I was losing control of my opiate use was in the locker room at the hospital that I worked for. I was a surgical technician, and responsible for assisting during surgery—which included various delicate procedures such as suturing donated corneas to patients who had received transplants.

I was slipping into the bathroom stall in between cases… to snort Oxycontin.

In the beginning, the pills made me feel more effective and productive. My typically quiet, watchful self was replaced with a bubbly, energetic chatterbox that could think and move faster than anyone else in the O.R. suite.

One day, I knew that I had lost control. I had nodded off during an exceptionally long case, and punctured my own glove with a tiny blade.

I told no one, and when break time came I watched my hand bleed on the dollar bill as I rolled it up to take that line.

I knew that I had f***ed up in a major way, but I was eager as hell for the drugs to hit me, because it was the only tried and true solution I had to cope with the guilt and fear that I was beginning to grow accustomed to. And… because the consequences were not enough to stop me.

I rocked on for a few years, working the same position but in various hospitals. I had become adept at sensing when people were copping to my tendencies and behavior. Most mornings I was scrubbing cases while in withdrawals (the dope man doesn’t get up at 5am like I did and for the life of me, I could never save a shot to have in the morning...)

I would start perking up the closer it got to lunch, knowing it was almost time for me to haul ass out of there and get my fix. I was always late coming back, but by God I was ready to work!

I would get repeated warnings, and I always managed to slip out just before they fired me.

To my knowledge, I never injured a patient. That was God’s hand.

At the time, I was engaged to a successful man who also used drugs. The day we found out I was pregnant, we were sitting in his Jeep in a grocery store parking lot on the scary side of town with a half gram of heroin between us…

I had gone into the store and taken a pregnancy test, then brought it back out for us to read together.

Two lines appeared and after we so solemnly swore that this was the last time… and we celebrated with that half gram.

I went to the doctor once during my pregnancy, and lied about having taken an old prescription of Lortabs for a urinary tract infection, to cover for my positive drug urinalysis.

I was late to my own baby shower because my car had run out of gas at the dope man’s house. He was kind enough to give me a lift though..

When the contractions came a month early, I walked around my apartment for two entire days, writhing in a pain so severe that not even the heroin could cover it up. I didn’t want to go to the hospital. I knew what was going to happen. EVERYONE WOULD KNOW, and my baby would not be leaving that hospital with me or his father.

My son was born in full blown withdrawals. It took me 18 hours of watching him shaking and crying before God moved my feet to the nurses station, and God opened my mouth to speak the truth to the hospital staff…

My son was prescribed methadone for 11 days before weaning off of it like a champ. He was healthy— considering what i had put him through. Again, God – not me. He was placed in my grandparents care and left the hospital with them. I loved him so much… but I went to buy dope.

Family court sent me to treatment and the county jail three times. The longest I made it in rehab was 7 days, before leaving on foot. There was no hope for me. I had done the unthinkable and there was no forgiveness and no coming back. So to cope with the pain and shame—I did more dope.

It took another four years of chasing that high, to break me down to the point that I decided to seek help. I began to miss not having a say-so in my life… and I got angry.

I couldn’t keep up with the game anymore and someone else was raising MY boy. I called a treatment center and I asked my grandmother for a ride there.

This time I stayed.

The withdrawals were pure Hell. Somehow, though, in the rare lucid moments that I encountered, I heard hope and this crazy talk of promises in the voices of our guest speakers. By the time I was able to sit straight in a chair again –  I had set a goal. I wanted to be in THAT chair one day, the one the speaker was currently occupying.

I got a phone number of a woman willing to sponsor and I met her the same night that I completed treatment. That was also the day that I saw my son for the first time with sober eyes.

He was 4 years old and what a magnificent little creature he was. My sponsor gave me a copy of the Big Book of Alcoholics Anonymous and I threw every ounce of myself into my step work. I struggled greatly with the “God” concept, but willingness works wonders.

I called my sponsor every single day, and I never cancelled a meeting with her. I found a home group, and I replaced my dope runs with meetings.

I went back to work and purchased a car. I got my own apartment and after I completed my steps—I began sponsoring other women and participating in H&I (hospitals and institutions). I went back to Family Court after I picked up my 1 year chip, and petitioned for visitation with my son.

This past May, I was granted full custody.

Today… He is all mine.

Growing up I had always wanted to work in law enforcement. Tomorrow I am going to my final interview with the Sheriffs Office to try to become a deputy. If all goes well, I will be working in the exact same jail that the family court judge sentenced me to detox in.

My hope is that I can speak to inmates in that language that only another addict would understand. Maybe I can spread hope in an otherwise dark place.

They say that my honesty about my addiction is what has opened this door for me. I tell them that being honest is the only way that I can stay free.

Today, I have forgiven myself for the harm that I caused; and I am constantly seeking to grow closer to my Higher Power.

Today I am grateful for the darkness because it has brought me into a light that I never dreamed possible.

Today, I practice the principles and help others. I am fulfilled with inspiration to do what is right.

Today I am at peace. I move out of Gods way and follow his lead, and in doing so, I get those beautiful promises.