Why Did I Start Using Drugs? 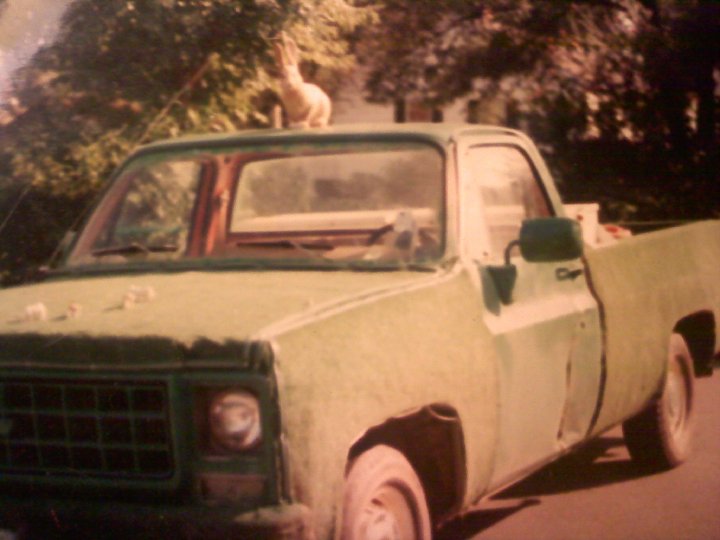 The smell of freshly baked cookies greeted me as I entered our tiny, two bedroom apartment.  My mother often slept during the day, so the delicious aroma was a bit perplexing.  My mother was a bartender and worked nights, usually staying out until the wee hours of the morning.  She slept during the day and most times was still asleep upstairs by the time my sister and I got home from school.

“Hello my beautiful girls!” My mother exclaimed as she emerged from the kitchen.  My sister and I excitedly ran to embrace her and I noticed the table had been set with 2 glasses of milk and a plate of cookies.  “Mom! You’re awake.” I said, lunging for a seat at the table.

I remember looking up at my mother as I gleefully dipped my cookie into the cold glass of milk, even at 7 years old, I could tell something was off.  “Why are you awake, Mom?” I asked, as she turned to head back into the kitchen.  No answer.

I looked across the table at my little sister and we both started to giggle.  The excitement of having our mom there to greet us, combined with the wonderfully surprising treats was too much to contain.  We were so used to fending for ourselves upon arriving home, that this moment felt like Christmas morning.

My sister picked two cookies up and placed them over her eyes while singing a silly little tune about being blind.  I will never forget her face as the police officers burst through the front door.

A look of terror immediately crossed her face, causing her to drop one of the cookies onto the table. “Where is he?” An officer barked, his gun drawn.

My sister began screaming and I saw my mother rushing to comfort her. Why is mom crying? I thought to myself, feeling confused.  I began to cry too, not necessarily because I was sad, I was crying because my mom and sister were, and they both looked terrified.

My mother pointed upstairs and I could hear the boots of the officers as they quickly made their way up to the second floor. I tried to open my mouth to ask my mom where they were going, but I couldn’t speak.  Just then I heard my father’s voice from upstairs, but I couldn’t make out what he said.

“Dad’s home?” I asked my mother, feeling more confused that before.  He was supposed to be at work.  Instead of answering, she put her finger up to her lips to quiet me, her eyes pleading.

I could hear multiple footsteps stomping down the stairs, and I stared at the entryway, anxious for them to emerge so I could piece together what was happening.  The first officer came into view and without saying a word, walked out the front door.  He was closely followed by my dad, and before I could call out to him, I realized his arms were handcuffed behind his back.

My sister must have noticed too, because she let out an ear-piercing scream while trying to rip away from mom. “Daddy!” She cried as my mother held her tightly.  My eyes grew wide when I realized they were taking him away. Where were they going? My vision was clouded with tears, and I was having trouble breathing between sobs.

“Daddy!” My sister screamed again.  My heart fell as I witnessed them shoving him angrily out onto the front stoop.  “I love you girls!” My father yelled over his shoulder, as the officer slammed the door behind them.

I remember this so vividly in my mind, as if it just happened yesterday.  I’m still unsure to this day what occurred, but whatever it was must have been the breaking point, because my mother and father divorced shortly after this. As a child, I had an incredibly difficult time processing the idea that my daddy wasn’t going to live with us anymore.

My father was my best friend.  He had made childhood an extraordinary place for my sister and I to be.  Our dad was the kind of guy to take all of the recyclables from the house and fashion them into a life-sized human body.  He called him “Plastic Man” and Plastic Man was part of the family for many years.

My father decided he wasn’t happy with his truck, so he super-glued astro-turf to the outside of it and adorned it with little plastic farm animals.  My dad was goofy, hilarious and insanely creative.  The thought of him no longer being in the same home, putting the mattresses on the wall for us to slide down or giving us piggy-back rides around the house was earth-shattering.

My father battled with his own demons, but as young children with no concept of adult problems, my sister and I were clueless.

In hindsight, I can see it all.  I see the glaring signs of his alcoholism and the effect it had on us, but at the time, it was all we ever knew.

My mother would drop my sister and I off at visitations with my father, and we would immediately head to his favorite bar.  We would play the jukebox and roll the little balls to each other across the pool table while waving over to our father as he chugged beer on a stool with his friends.  He loved us, he wanted to see us, he just loved the drink, and had a difficult time separating the two.

With my mother being a bartender, and my father spending all of his time at bars, my sister and I grew up feeling like the smoky rooms and loud music playing over the excited and aggressive conversations of the bar patrons – was our home.

When my dad began dating another woman, things started to change drastically.  Jan was a drinker, and her and my father would often get into physical altercations resulting in the police banging down the door and whisking my father away.  I can recall one of those times when my father was taken, leaving us with Jan.

I cried to Jan that night, asking when my father would be back, and I’ll never forget the way her face twisted in disgust, almost as if she wanted to spit in response to my question.  “Never, your father is a piece of s**t and can burn in hell for all I care.” She replied angrily before stomping up the stairs.

I was around 8 years old at the time and I remember sitting on the couch alone in her apartment, crying in the dark.  She would occasionally yell for me to “shut the hell up” from the top of the stairs, but never came down to check on me.  I felt like an abandoned puppy that nobody wanted.  I wanted my Mommy, but Jan spitefully refused to allow me to call her saying; “my father could sort it out in the morning.”

Jan and my dad made up the next day after sobering up and pretended like nothing ever happened.  They sat me down and explained it was all a joke and they loved each other very much.  I was so confused, and never spoke a word of it to anyone.

It’s funny, because when you are a child, you don’t have any expectations or ideas of the way things should be.  You have nothing to compare your childhood to, because it’s the only childhood you’ve ever had.

When people ask me why I started using drugs, it’s a hard question to answer because there are a thousands of fleeting thoughts that occurred in my mind over the course of my life. Thoughts that contributed to the way I carried myself, the way I perceived things and the way I dealt with situations.  Hundreds of these situations added up over the course of my life that shaped my character. These thoughts and situations combined with the environment I found myself in, and the people I surrounded myself with, created the perfect recipe for experimental drugs use.

I felt lost, I had little stability and structure and I had an unbearably difficult time fitting in because my mind was a prison harboring self-doubt and insecurity.  The moment I took that first pill, the moment it made me feel absolutely… nothing, was the moment the darkness sleeping within me jolted awake and latched onto my soul. By the time I realized it had coiled around my mind and weaved it’s way into my bones, it was too late, I was powerless.