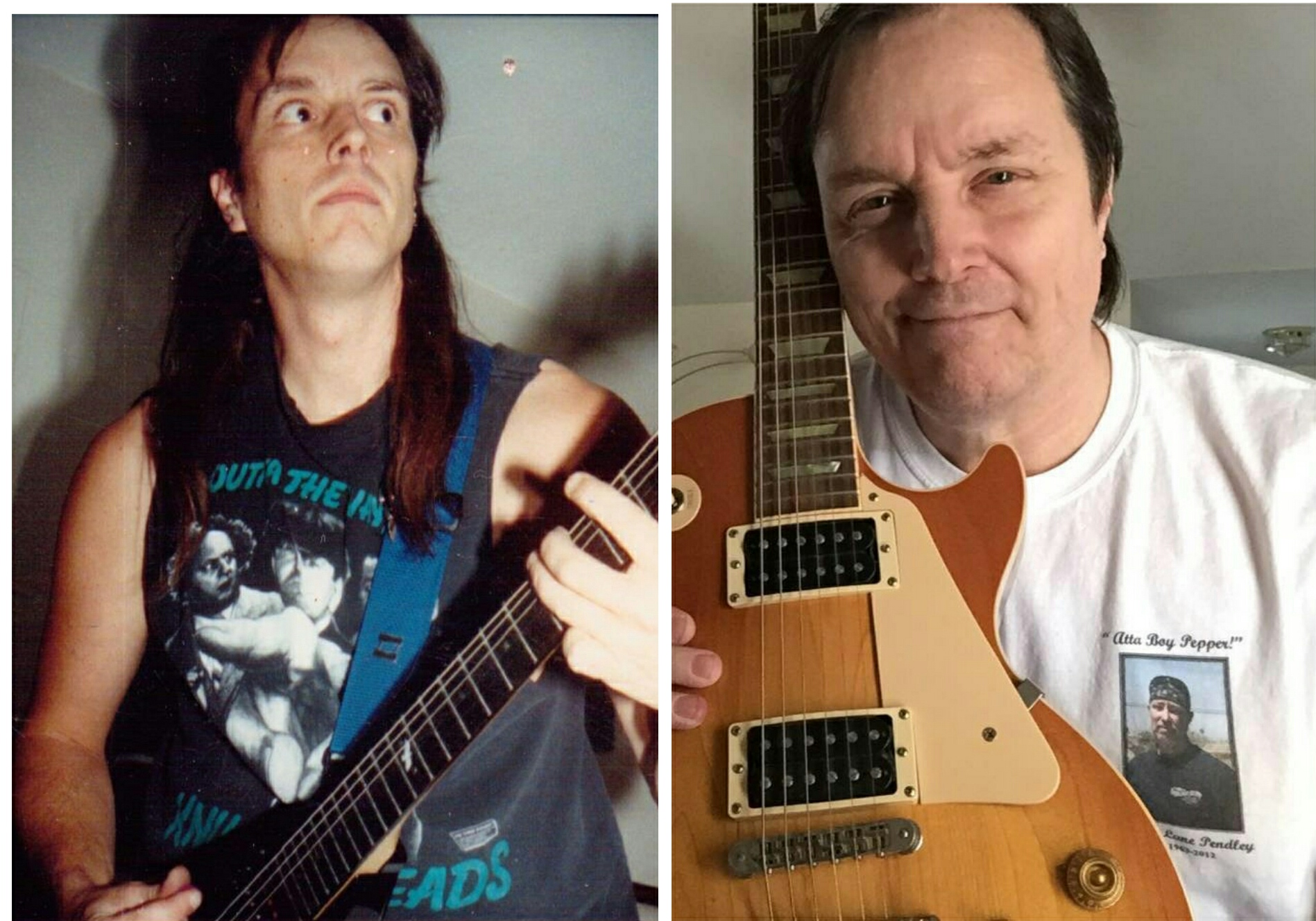 I grew up the youngest of four, in Ohio.

I dabbled in every drug known to man: pot, acid, brown mescaline, and I recall something from the late 70’s we took called horse tranquilizers?

I’d hang with kids going to keggers, and waking up in bushes with no shoes on thinking it was hilarious. In the 90’s, I joined a band and we’d tour around the North East Ohio area, and we spent most of our time drinking and doing a little coke here and there.

After moving to Phoenix, my coke habit escalated, and eventually I began to use meth. I left the area where my parents lived and moved my camper to a pretty nasty part of southern Phoenix, where crime and automatic gunfire was a nightly event.

The place I lived had about twelve homes in the neighborhood, and those homes were filled with spun out paranoid tweakers. Each stole from the other, and I’d see some fancy electronics travel from person to person in a weird take and take cycle.

There were nightly expeditions around midnight, where 6-12 guys and gals would venture out into the night dressed in black and returning just before sunrise with their ill-gotten gains from who knows where.

I told the ringleader guy,  who happened to be in my band, that I didn’t wanna know what they did and didn’t care, I was there to play guitar and get high, period. Most were white supremacists and I’d often see them return home agitated and bloody. Again, I didn’t want to know…

I did heroin one night by mistake and was sick for 3 days. I actually thought this was my end— but miraculously I pulled through…only to use again as soon as I felt better.
One day someone came to me while I was practicing and asked, “Is your dads name ___ ?” “Yeah, how’d ya know? I replied. They said “He’s walking up the driveway right now.”  I felt the blood leave my face, and the shame instantly wash over me.

Dad looked at my frail, thin, sore-covered face and my long dirty hair in disgust, “What are you doing son? You look like a skeleton.” I had never been so ashamed.

He took me to McDonald’s for a bag of burgers, and reluctantly left me there with some parting words about how “I’m ruining my life” and “better get my stuff together or I’ll be dead”, which I stubbornly ignored.

Crime was a major part of life where I lived. Just to stay fed, or alive was a daily challenge.

My camper was in the ringleader’s driveway and one night I heard a burst of rapid automatic weapon fire. Some ricocheted off nearby brick homes, making that distinct bullet “ping” only heard in cowboy movies. It was in that moment I decided me and my girlfriend were close to death and had to split— which we did he very next morning—and we never looked back.

I knew that if I didn’t make a change, I was going to die, and if not for my strong will to stop using, and my parents unconditional love, I’d not be here. Since I truly wanted to stop, it was easy to, thankfully.

I’ve been clean and sober now for so long I’ve stopped counting.

Since I’ve gotten clean I’ve done pretty well for myself. My family and I moved to North Carolina and I spent many years working alongside my father. I’m grateful we were able to have that time to strengthen our bond before his sudden passing.