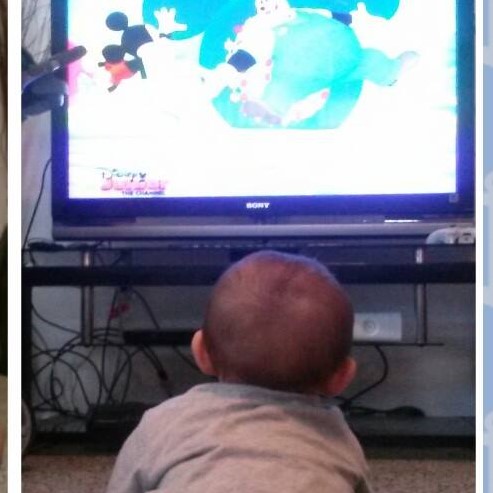 So I haven’t written in a bit and my fingers have been itching to get some thoughts down on paper.  Whew, what a crazy week it’s been, huh? Since I posted my “Eyebrow Stamp” video on my Facebook Page, things have been poppin’ off!  I have gained like 700 something new followers and my vids are being shared all over the place.

It has been super fun to see how many moms can relate to my shenanigans, and I’m grateful for the platform I’ve been given to let other hardworking moms know that they are not alone in the obstacles that pop up while facing the daunting task of raising children.

Speaking of, is anyone familiar with having an “Ah-ha” moment? It’s a moment of sudden insight or discovery.  We have all had one at some point or another and when we do, it can change everything.

This morning, I experienced something similar, except it was more of an “Ah-S**t” moment.

I was suddenly overcome with the realization that I f***ed up, and upon experiencing this revelation, I knew something had to change, and quick.  Here’s what happened.

I woke my son up for school, and instead of greeting me with a “Good morning, mommy”, he began shrieking as if I was tearing his limbs off one by one.

“Hey, woah, calm down buddy, it’s time to get up” I gently whispered, rubbing his back.

I nervously glance out the bedroom door and see Chloe running around with a chocolate chip waffle she stole off her brothers plate, smearing chocolate all over the walls and sofa while Aubrey is yelling across the house about how she can’t find her back pack.

Deep breath, Momma,  you got this.

“Kaiden, get up. Now” I said sternly this time. The clock was ticking and my anxiety was rising.

“Honey, you have to get up.  You wanna watch Mickey?” I said as a last resort, (he could never say no to Mickey).

He jumped up with a huge smile, “Mickey!?” He squealed.

“Ya Buddy, c’mon, if you get dressed you can watch Mickey”.

He began crying again, and not wanting to further damage my ear drums that were already ringing from his shrieks, I quickly grabbed the remote.

“Okay, okay, easy.  You can watch Mickey while Mommy gets you dressed” I said, scrambling to pull up OnDemand.

When Mickey began playing, I looked at the smile on his face and was overcome with relief.  Thank God, I couldn’t bear to take another second of —   then it hit me.  Ah-S**t…..

I messed up.  I messed up bad.  Not just today.  Everyday. All the time.

I have spoiled him.  In every sense of the word. And it took me this long to realize, I had been messing up.  I’m sure most of you reading this realized it right away, but I hadn’t.  My love for this little dude blinded me.  He’d been taking advantage of me the whole time.

I glanced out the door at my girls.  Aubrey had gotten herself dressed to the shoes and was sitting quietly on the couch.  Chloe was sitting in the middle of the floor giggling and munching on a waffle. Meanwhile, My son, Kim Kardashian, was staring mindlessly at the T.V. while his servant quietly dressed him, careful not to disturb him.

WHAT THE HELL IS WRONG WITH ME?!

This kid is two freakin’ years old! He is not the boss, I am, so why the hell do I let him dictate how this morning is going to go down? On his terms?

It was as if I had been slapped across the face by the invisible ‘Common Sense’ fairy. Suddenly everything became clear and I realized not only am I enabling this kid to act like a jerk, but his sisters are watching, and I’m giving them a front row seat to the movie “How To Get What You Want By Acting Like An Asshole“.

With a newfound determination I bounded over to the T.V. and shut it off.

“HEYYYYYYYY?!” Kaiden screamed as he collapsed onto the bed kicking his little legs in frustration.

“No, I don’t care, there’s a new Sheriff in town, Buddy, so you better buckle up yer britches ‘cuz things are a’changin ’round here”, I said.

(Okay, I didn’t say that, but when my life is made into a movie that’s  how I want my line to go).

I literally dragged him into the van kicking and screaming.  He screamed the entire ride to his sister’s school, and then daycare.  When I unbuckled him he was covered in sweat and tears and continued to protest until I threw him at his teachers and ran full speed out the door like I was being chased by a swarm of hornets, arms flailing and everything.

I sat quietly in the van for a moment, replaying the mornings events in my head while taking deep, slow breaths in an attempt to slow my blood pressure down. This isn’t the first time this has happened, it happens often.

Wanting to “give myself a break” I thrust a snack into his hand or throw him in front of a T.V. so that I can have a few moments of peace. But this kid is smarter than I realized and over time he has learned that the ear-piercing shrieks and tears will get him exactly what he wants, every time.

I love seeing his eyes light up when he gets something he wants, it makes my soul happy to see my baby happy. But holy s***, he is turning into a bit of an a-hole and there’s no way in hell I’m putting up with 16 more years of this crap.

So, after I write this, I have a plan of action.  I am finally doing what I said I’d never do – I’m making a damn schedule for this family.

My laziness and love of spontaneity has kept me from creating a set list of things we are to do at certain times. I have always been a fan of “seeing where the day takes us”, but I realize now, that this leaves room for chaos and rebellion, and I need to nip this thing in the bud, (butt? is it bud or butt?) before it’s too late.

There will be set times we eat.

Minimal screen time depending on behavior throughout the day.

We will have set homework, reading, bath and play times.

And I will be more diligent in bed times.

I am expecting it to be difficult, exhausting and stressful. It’s gonna suck.  A lot.

But, I have faith that it will pay off in the end.  There’s a difference between making their lives “fun”, and “letting them run the show”, and I have been blurring those lines a bit.

So as I set of to begin the task of organizing the days into a schedule, I ask for prayers and luck to be sent my way.  Because as usual, I have no clue what the f*** I’m doing.

Also, if anyone has any advice, tips, or tricks that work for your routines, please help a sista out and leave them in the comments below.

Lastly, if anyone has the number to Nanny 911, I’ll take that too….