You Have To Watch This Message On Marriage. (Bayside Community Church) 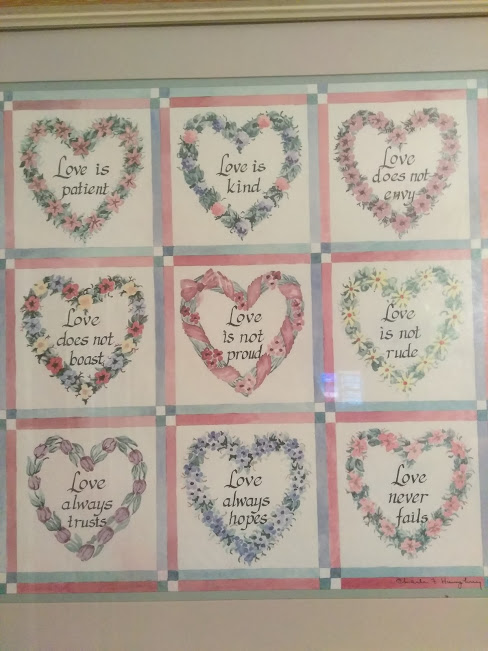 Hi friends! I hope everyone had an awesome weekend.  Mine was great, thank you for asking. I did a lot of yard work, like, I raked leaves…With a rake, and put them in bags.  Basically this means that if you look up the word “adult” in the dictionary, you’d find a photo of me, smiling holding my rake.

Anyway, I also had the privilege of tuning into Bayside Community Church’s service live on the internet this morning (it still counts).

When I began watching, the Director of Next Generation Ministry, Matt Moore was speaking on marriage.

Realizing I need all the help I can get in that department, my ears perked up. Within moments I found myself laughing out loud.  Regardless of your religious beliefs, Pastor Matt’s delivery of the message was hilarious, inspirational and eye opening.  At times it felt as if I was watching a stand-up comic, and I was genuinely entertained throughout the entire sermon; which is rare for me, because generally I have the attention span of a 2 year old.

I was so moved by some of the points he made, that I decided to hop on here and share a few of my favorite parts.  Things that have not only helped me to see my own marriage in a new light, but things I feel anyone – regardless of their beliefs –  can benefit from.

He compared loving your spouse to caring for a vehicle, and for some reason those analogies made multiple light bulbs go off inside my head.  It was relatable, and allowed me to look at my relationship from a different perspective.

If you would rather watch the video itself, in it’s entirety,(which I’d totally recommend because this guy is awesome) than click https://www.facebook.com/plugins/video.php?href=https%3A%2F%2Fwww.facebook.com%2FBaysideCommunity%2Fvideos%2F10154434345387681%2F&show_text=0&width=560“>here . (His message on marriage begins around the 32 minute mark). Otherwise, here are a few things I took from it that I believe will benefit my own marriage positively going forward.

“You have to find your completeness and your fulfilment from Christ and Christ alone, then you can go find somebody that you want to do life with. That’s how its supposed to work”.

He referred to the vehicle he currently owns, and mentioned how it has many automatic features, including a back-up camera and alarms that alert him when he gets too close to hitting something.

He had become so reliant on these features, that when he found himself in a rental car with no back-up camera, he had a moment of panic.  It was as if he was driving a car for the first time and had forgotten what to do, he had gotten so used to the cameras and alarms, that he had forgotten how to do the basics- like checking his mirrors.

He said, “I think sometimes this is true in our marriages.  I think sometimes the longer that we are married, the longer we can begin to forget or neglect to keep doing the basics.  It’s like, we get comfortable in our marriage, we get complacent.  We forget to keep doing the things that caused us to fall in love with each other in the first place”.

Pastor Matt Moore then makes reference to the time he sold his brother his car.  He told him that “She runs great, but she needs an oil change. If you do that she will be fine”.

His brother never got the oil change, and the engine blew up.  All he had to do was spend $20, and the car would still be going today.  He then shows the parallels between this specific situation, and neglecting a marriage:

“What are the little things we can do today to fix the marriage, before it blows up?”  “What if we didn’t wait until there was bitterness and hurt and unforgiveness in our relationship? What if we were proactive and we actually took care of our marriage before we HAD to, before things started going wrong?”

Okay, so, here’s where it gets really good.

Pastor Matt refers to men being goal oriented.  How they will pursue a woman in the beginning,  and once they get married its like – “goal accomplished”. Men then begin to focus on other things: Career, achievements, financial future, etc. He says:

“Often, what happens is we stop meeting the emotional needs of our wives”. “Sometimes its easier to survive our marriage, than to continue to make an effort to pursue our wives.  But guys, then we wonder why our sex life isn’t what it used to be. We wonder why our wife doesn’t respect us like she used to, maybe its because we’ve stopped meeting her emotional needs”.

And just as I began slow clapping and violently nodding my head like, “Yes, this guy is goooood”,  he said:

“But I want to tell you, you’re not out of the woods yet ladies…”

“In the early years, there was never a moment when your man didn’t see you without makeup.  You were perfectly done up, you had the makeup going- I mean- you used to shave your legs, ABOVE the knee”.

I laughed and my hand brushed against my leg fur, and all laughing ceased immediately.

“Its like those days are over – I mean whos got time for that? I’ve got to juggle kids and life and business; and then you wonder why your husband doesn’t just sit and stare at you anymore”.

“You wonder why he doesn’t snuggle up to you at night – listen- that hair stubble can be painful man, lets be real for a second, right? (Audience erupts in laughter).

“Here’s what happens – guys – if you don’t feel like your physical needs are being met in a relationship, maybe you need to go out of your way to make sure that you’re meeting your wives emotional needs.”

“Ladies you don’t feel like your having your emotional needs met by your husband, maybe you need to go out of your way to make sure you’re meeting his physical needs”.

“A lot of times what happens in marriage/relationships is we play this dangerous game with each others needs. It’s childish, its dangerous, and it is not genuine love”.

“We get married and have kids and our lives become completely centered around our kids. What happens is, you wake up one day 18 years later and realize that your spouse is just a room mate”.

(This terrified me, because we are already in the pattern on focusing solely on our children, and the little bit of time we have to ourselves, instead of focusing on one another).

He ended with this, and I loved it…

“You don’t need to be out test driving when you have a perfectly good car at home. The truth is, she might have a few miles on her, it might be a little dinged up, maybe the car’s not as “shiny” as it was when you brought it home. But you know what? It’s yours”.

“If you just make the choice to invest in what you have, instead of going out shopping for something that’s not yours, it will cost you a lot less in the long run”.  Which I interpreted as: “The grass isn’t greener on the other side, it’s greener where you water it”.

I thoroughly enjoyed this message today and as soon as I finished watching I gave my husband a great big hug and kiss.  It was a nice little reminder, that we get so wrapped up in the day-to-day rituals and routines, that we don’t take a break to nurture the relationship and enjoy the little moments.  Getting regular tune-ups and oil changes on your vehicle is crucial and necessary if you intend on keeping it for a long time.

The same can be said for marriage.  Investing time, energy and love into the marriage today, will keep it from falling apart, and will ensure that it lasts a lifetime…

Did you attend Bayside Community Church’s service today? Did you watch it live? What are your thoughts on the message?