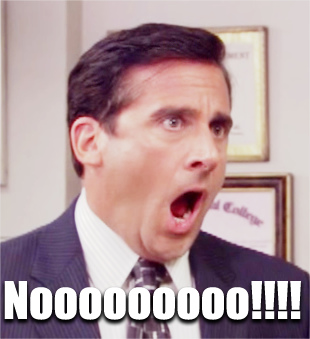 My Husband is watching basketball, and I am bored – so I’ve decided to take this opportunity to tell you all a quick, very embarrassing story.  The main reason I am writing this, is because if I appear to be busy typing something important, my husband won’t make me watch basketball with him….shhhhh….

Anyway, the year was 2008-ish.  Social media then, was nothing like it is now.  It had only just begun to take off, people still did things and lived their lives around that time.  So, here’s the deal, I had gone to Victoria’s Secret that morning, because I hadn’t updated my underwear style since 7th grade.  I was around 23 and lived with my boyfriend, so I figured it would be nice if he happened to catch glimpses of cute lacey little undies, instead of my regular Ninja Turtle granny panties.

When I got home from the mall, I went into my room to check out my new stuff.  I had been home alone and decided what the hell-let me try some of these bad boys on.  I modeled my new stuff in the mirror, and the idea hit me out of nowhere – I should take cute pics in them and send them to my man.  I never did stuff like that, so I decided I probably should, you know – to keep the spark alive.

Anywho, I put my camera on a self timer and began posing as it snapped the pics,. Like seriously, there was a second there where I thought I was on the Victoria’s Secret Runway, I was not messin around.

Once I was satisfied with the 600 pictures I had taken, I decided to download a picture editing app to make them look fancy by adding filters and what not. Keep in mind this was all new to me, but I was fascinated that the ability to edit pictures myself was a reality.  So I open my Appstore and type in “Picture Editor.” The very top one had an icon of a little camera.  Awesome.  I downloaded it, and accepted all their random terms and conditions quickly so I could get down to business with editing.  I began uploading the photos I liked to alter them into sexy little masterpieces.  I made some black and white, some were sepia and others had a beautiful vignette around the outer edges. I don’t want to bragggg but – they looked awesome.  Once I finished, I changed back into my normal clothes and went outside to smoke a cigarette – (yes I smoked back then, and photoshoots are exhausting, I needed a break.)

I stubbed the cigarette out into the ashtray and went back inside and I immediately noticed my phone was lighting up with a new text.  It was from my sister in New York.  The subject line had a question mark, so I plopped down on the couch to see what it was all about.  I expanded her text – and almost s*** my pants. My jaw hit the floor and I immediately began sweating profusely.

It was a picture…of my ass….that I had just taken 15 minutes before….

What? Huh? How? Kill me.  I called her immediately to ask how she got it.  I asked how the hell she snuck into my damn house without me knowing and how long she had been there. She informed me that her male coworker had brought it to her attention….Whattttttt?

I asked her how the hell he got that photo as I began searching my home for hidden cameras.  Once she explained to me what had happened, I wanted to dig a hole, crawl into it- never to emerge again.

FunFact: Instagram is not a photo editing app.  Another Fun Fact: It is imperative that you read the terms and conditions before accepting them, or you may just end up linking your Facebook to your Instagram.  If you follow this advice, you may just avoid giving your male 10th grade social studies teacher, your boyfriends mom and your grandma a front row seat to your personal peep show.

It took me 45 minutes to figure out how to get the pictures off and delete the app. FML.