I have a bonus daughter… 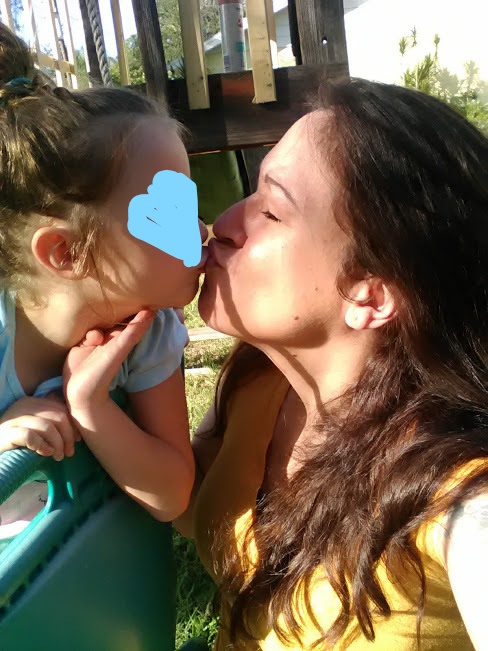 Happy Monday friends! I wanted to take an opportunity to talk about being a step parent, and what it means to me. I have a 6 year old bonus daughter.  I don’t like calling her a stepdaughter.  The term “step parent” has never made much sense to me.  I find that perhaps “Step-up Parent” would be a bit more fitting for most of us who do it, as that is essentially what we are doing. Stepping up and taking on an incredibly challenging (and rewarding) role. Stepping up to love, care for and help raise another’s child as their own.  Besides, “Bonus parent” sounds a lot more fun.

The Merriam-Webster definition of a “step parent” is pretty cut and dry, it reads as follows: “Someone that your mother or father marries after the marriage to or relationship with your other parent has ended.”

Nowhere in that definition does it state any duties of the step parent.  It doesn’t say “Someone who promises to love, care for, protect, help mold and shape you, and love you as if they gave birth to you themselves.”……They left that part out.  They didn’t include that because it’s not required.  All you have to do is marry someone who had a kid before meeting you, and you automatically qualify for this title.

That’s what makes a lot of Bonus Parents so special.  If you fall in love with someone, you are not required to fall in love with their child.  It is as simple as that.  Love takes time to grow and flourish. It requires a lot of work, sacrifice, and selflessness. It takes an extraordinary person to become willing to not only dedicate themselves to nurturing the love they have for their spouse, but are prepared, and often enthusiastic to take on the endeavor of building a separate and equally as meaningful relationship with his/her child.

The first night I started crushing on my husband, he had a speaking engagement, and was up on stage.  I remember thinking how handsome he was and how well he spoke.  As I was mentally deciding what color the flowers at our wedding would be and what our kids were gonna look like,  this itty bitty little 2 year old girl with a head of bright blonde hair came bouncing up to the stage yelling “Daddy!”.  He picked her up on his lap and she hugged him. My imaginary wedding plans came to a screeching halt and I thought…… “Oh, s***”

I had never dated anyone with a child before.  So when we first started seeing each other I  was unaware of how it worked. I remember excitedly turning to him one of those first nights and suggesting we take his daughter trick-or-treating.  He got very quiet and let go of my hand.  I was thinking “Oh s*** what? She can’t eat candy? They don’t celebrate Halloween? What just happened?” He turned to face me, and I could tell by his face, things were about to get real.

He explained that it was nothing personal, he just wasn’t ready for me to meet her yet (ouch).  He wanted to make sure that I was going to be a lasting part of his life, before bringing me into hers. I would be the first girl she had met since her mother, and he didn’t want to confuse her, had I not been the one.

Ok, so if we are being honest here, my very first thought was “oh hell to the no. Here I am, with a list of our future kids names (jk), and he’s not even sure I’m gonna last? Ha….Wow. But my second thought was “Wow, that is a really important, and responsible point.  It made me respect him even more.

A little while later, I finally won him over with my charm and gorgeous looks (ha), so he decided it was time for me to meet her. I remember very specifically being nervous as hell now that the time had come. I googled “How to make a 3 year old like you.” “Funny things to say to a 3 year old to make them laugh”, “What do 3 year olds eat?” Etc…..The articles had a lot of great advice, but I went with a foolproof plan.  Bring that kid a toy and bribe her into liking me.  Besides, she had just had her 3rd birthday, so it was a perfect excuse. My heart was pounding as I stood outside the door of his mothers house.  That little blonde girl was just on the other side, having no clue I existed. Drew opened the door and I followed closely behind. “Daddy!” She yelled jumping up to give him a hug.  When her feet hit the ground, I emerged from behind him….She immediately burst into tears and ran and hid…so….it went well.

I eventually coaxed her out of her hiding place with the promise of coloring with her.  She hesitantly took me to her room to get her coloring books, periodically peering over her shoulder to catch a quick glimpse of this tall strange lady following behind her.  We spent the next 3 hours coloring, making animal noises, doing horsey rides and eating snacks. She hugged me and asked when she could see me again, I looked over at Drew and he smiled and said “Whenever you want”. My heart jumped for joy as I noted that she was sad to see me go.  I nailed it!

I ended up marrying Drew, and giving Aubrey a brother and a sister. Over time we got to spend more and more time with her.  Initially we would visit with her on the weekends, working our way up to having her stay with us one night a week, then two, then three. Now, she lives with us full time. Over the course of this transition, I have faced many challenges as a bonus parent. I have experienced misplaced resentments, frustration, feelings of being underappreciated, feelings of inadequacy, and questioning whether or not I was cut out for this. To parent a child that is not your own can be confusing.  When to step in and discipline, when to remain quiet.  Wondering what rights you have as far as decision making, in regard to what is best for the child. When you throw Maternal grandparents, paternal grandparents and a couple of other children into the mix, it makes it a little trickier.

I laid in bed many nights thinking “Geez this is confusing! They say love a child as if they were your own, but then they say ‘Never forget, they already have a mother'”. They say “Don’t over-step your position, let the real parents do the disciplining”, But what exactly is my position if I’m the only there and she is swinging from the ceiling fan? They say “You are there support your spouse as they raise the child,” But what if he works a lot and when she over she spends a lot of alone time with me? Am I allowed to tell her she shouldn’t call her brother stupid? Am I allowed to make her eat broccoli  because I’m making her brother eat broccoli? Am I allowed to tell her that despite the fact that “her grandma lets her jump on her couch” that doesn’t mean she’s allowed to do it here? If I bring her to school and her teacher asks me to sign a permission slip, am I allowed to sign it? There are so many gray areas I had moments of wishing that somebody could be there with me telling me the right decisions to make. Unfortunately that is not how life works. You must live and learn.

Once the transition of her living with us full time was complete, everything improved. I no longer felt like a “weekend babysitter” (who wasn’t getting paid). I enrolled her in school myself, I filled out all the paperwork, I got her shot records, I bought her patches, I chose a teacher, and I began taking her to school in the morning and picking her up.  I became the one to ask her if she has homework after school, the one to sit and do her homework with her. The one to make her a healthy dinner, make sure she brushes her teeth. The one to wipe her nose when it runs, and reward her when she gets a good report at school.  I was finally the one that people were asking questions to. My role became clear. I was not her mother, I was not her babysitter, I was just an extra person to love her and steer her in the right direction, and help provide her with the stability she so desperately needed.

Aubrey is loved by so many people. My mother in law has been a godsend in every facet of me becoming a mom.  She has been there every step of the way, for Aubrey since birth, then with my own children. And once I started openly communicating with Aubrey’s mothers parents, everything fell right into place. I knew where I stood.  We all have her best interest in mind and they have been more than gracious and respectful of my position, and have helped me get comfortable with my role. We have a very close relationship with Aubrey’s mothers’ parents now, we have dinners there, we swim in their pool, we have spent holidays together, and they adore my children as well. We all feel as though it is important for Aubs to see there is no separation, family is family, and sometimes, it takes a village….

There is no perfect way to be the perfect Stepmom.  However if you have love in your heart, and a desire to help them grow and become the best person they can be, then you are off to a good start.  It is not easy, but it is the most rewarding job I have ever had.  I am so grateful to God for trusting in me to help mentor, and be an example for this little girl.  She has a heart of pure gold and has honestly brought so much joy to my life that I cannot imagine it without her. Each night when I tuck her into bed I tell her a story, then kiss her goodnight, I whisper into her ear that “I love her more than she will ever realize”.  And I mean that from the bottom of my heart. She was placed in my life purposefully by a power greater than myself.

I have learned a very valuable lesson about family because of her.  It is not about titles, it is not about where you came from, it is not about biology or  genes, family is about love. Everlasting, infallible, unconditional love. If you are willing to give this kind of love, then you have succeeded in fulfilling your life’s purpose. To love, be loved, and help others along the way…… 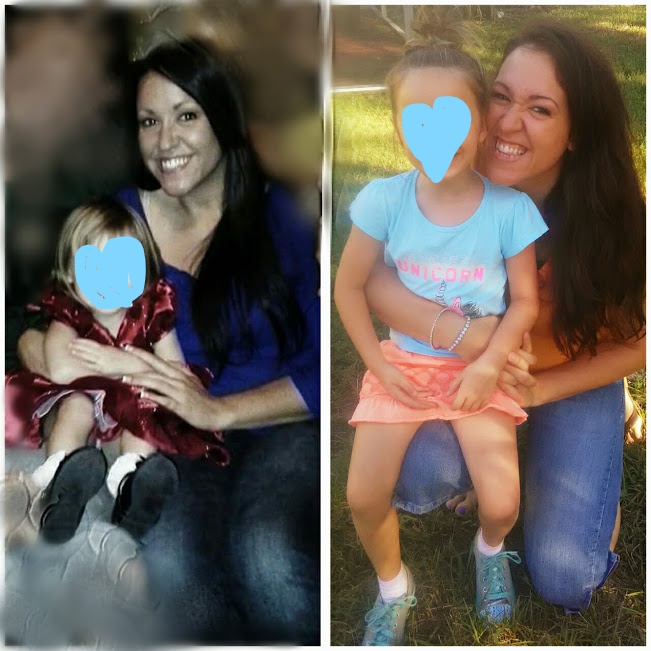