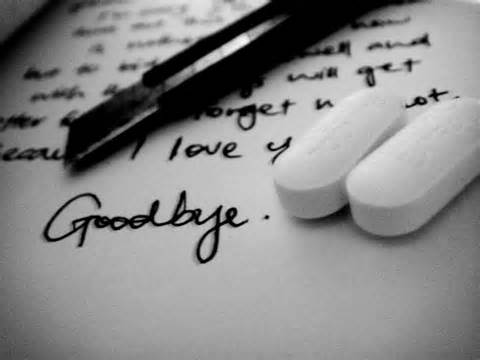 I had only tried meth once in my life.   One little puff – and I hated it.  However, as an addict, if someone offers you drugs, regardless of the brand, you do them. Before I could open my mouth to say “hell yes“, Ol’ pain in the ass (pun intended) Ilene threw a fit.  “These ain’t your drugs to offer to anyone.  I only gave you some because you went in and got em, I don’t have enough to keep sharing- sorry 4 eyes.” To say I was disappointed would be an understatement.  There is nothing worse then anticipating being high, then something prohibiting that from happening-especially if you are on day 4 of detoxing.

I was consumed by rage. I contemplated murdering both of them and taking the drugs for myself, but there were no weapons available, luckily for them.  I continued fantasizing about how I could get those drugs, I had devised a few different plans, all equally absurd – one involved repelling down from the ceiling while they napped and grabbing them out of her pocket. However, I was not Tom Cruise and this was not mission impossible so I scrapped that idea. Then a voice over the intercom interrupting my thought process. “Johnson-roll it up, you are going to Gen Pop.”

I glanced over at my cell mates looking perplexed, “So, was that English or ? What the hell did she say”?  Destiny laughed at my apparent ignorance and let me know that woman basically said to gather my belongings, because they are moving me to general population, another word for ‘one big room filled with a shit ton of criminals’.

I tried to act cool, like it was no big deal that I was about to enter a den of ravenous animals in various stages of drug withdraw suffering from undiagnosed mental problems and rage issues, but inside I was freaking out.  I gathered my mat and sheet-which took all of 4 seconds, and stood by the gate, waiting to be let out.  When the guard slid the door open, I turned around and smiled at my room mates. “It was nice meeting you guys”!  I said cheerfully, but they were too busy trying to avoid eye contact with the guard to even look up to bid me farewell.  They should really teach etiquette classes here, I think I’m gonna write someone a letter about that.

Anyway, the guard led me down a long corridor with my hands and ankles shackled.  The metal was digging into my Achilles tendon and it was incredibly painful.  “Um, excuse me, officer…” “Quiet in the hallways.”….”Okay, it’s just th-” ….”NO TALKING IN THE HALLWAYS!” ….”Kay”.  I was immediately brought back to my elementary school days.  Walking quietly in a straight line and following orders. I felt like a f***ing child. Last week I was managing a restaurant, and today I’m getting screamed at for saying words.

“Alright, I’m going to undo these shackles and send you in with Miss Flower.” Awww Miss Flower, she sounds nice. He unlocked my chains, and my ankles immediately felt better.  I walked into the dark room and found Miss Flower standing there with her hand on her gun. “Take your clothes off, please.” Miss Flower demanded. “Woah woah woah, we just met, it’s a little soon don-” She interrupted before I could finish my joke. “Jesus Christ, you are literally the millionth person to say that shit to me. Take your g** damn clothes off and put your hands on the wall, now.” I wanted desperately to say another joke at this point, but decided against it.

I felt very uncomfortable showering in front of a complete stranger, so when she asked me to”bend over and spread”, I reached a whole other level of humiliation.  “Put these on”, she said, tossing me a new outfit. She handed me a roll of toilet paper, a toothbrush, then said “We are out of soap, tell the night guards they will bring you one.” “No problem.” I said, not realizing it would be 4 more days until my soap would arrive. Turns out my comfort wasn’t their main priority-I came to learn this and many other fun facts about the guards as time went on.

She led me to a large door and said “Ready “ into her walkie talkie to someone who was in charge of opening the doors remotely.  I wanted to grab her walkie and yell “Wait! I’m not ready. ” into it, but I figured it would probably get me tased.  As the door clicked she pulled it open and said “You’re in 5“, shutting it behind me. The loud roar of wild women suddenly stopped short. There was complete silence as I had hundreds of eyes suddenly pointing in my direction.  I wasn’t sure what to do so I awkwardly smiled.  Some women laughed, some started yelling inappropriate comments, and one person yelled “police ass hoe.” I didn’t know what that meant, but later found out that if you look like you don’t belong in jail, they think you are an undercover cop.  So, that’s good.

I found cell 5 and walked in.  There were 4 mats occupying 6 of the metal bunk beds. I asked a woman with no teeth if it was okay if I put my mattress onto the unoccupied spot under her top bunk.  She said “I don’t give a flying f***”…. so….. I went to the one on the opposite side of the room.

As they day progressed I remained in bed. I was in so much physical pain from drug withdraw that it was hard to breath. I watched through the bars of my cell as women were running around, laughing and having a good time.  How the f*** could they laugh at a time like this? Do they not realize they were in jail? I realized in that moment, that I would never be happy again…

Depression and despair weighed down on me so heavily, that I felt paralyzed. I realized that I was going to spend a very long time in jail, and even when I got out, I was going to spend the rest of my life paying for and replaying what I had done in my head.  I also knew that no one would ever respect me again.  Living with the choices I had made became impossible to imagine. I didn’t have it in me to keep going.  I suddenly wanted out. The anticipation of the unexpected, the waiting and worrying – I just couldn’t,  I needed out. I could not spend one more day living in the broken body with my broken mind. Tonight, after everyone fell asleep….I was going to kill myself-and I was very much looking forward to it….