Start typing and press
Enter to search
Skip to content
Home > My Blog > 10 Things I Didn’t Anticipate With Having 2 Under 2.

10 Things I Didn’t Anticipate With Having 2 Under 2.

Hello my friends! I almost didn't make it.  Between driving around listening to the 'Frozen' soundtrack while looking at Christmas lights and hand-washing my husbands work uniforms in the bathtub (because our friggin washer broke), this almost became a "Terrible Mom Tuesday" blog. But here I am! With 2 & 1/2 hours to spare. Anyway, as most of you know, I have 2 children who are 16 months apart, not quite "Irish Twins", but close a-freakin-nuff. Having a second child so that Kaiden could have another little buddy to play with was part of our plan.  My sister and I are 17 months apart, and despite giving each other black eyes and scratches all over our bodies when we were kids, I couldn't imagine what life would have been like had I not had her around.  The decision to reproduce again was quick and spontaneous, therefore-there were many things that I did not take into consideration prior to hatching Chloe.  I knew it would be a challenge and I knew I would struggle at times-I had no idea what to expect and I have come to realize many different things over the past year. Mainly I have learned that my mother was a Goddess and it's no wonder she built a Tiki Bar in our backyard.... 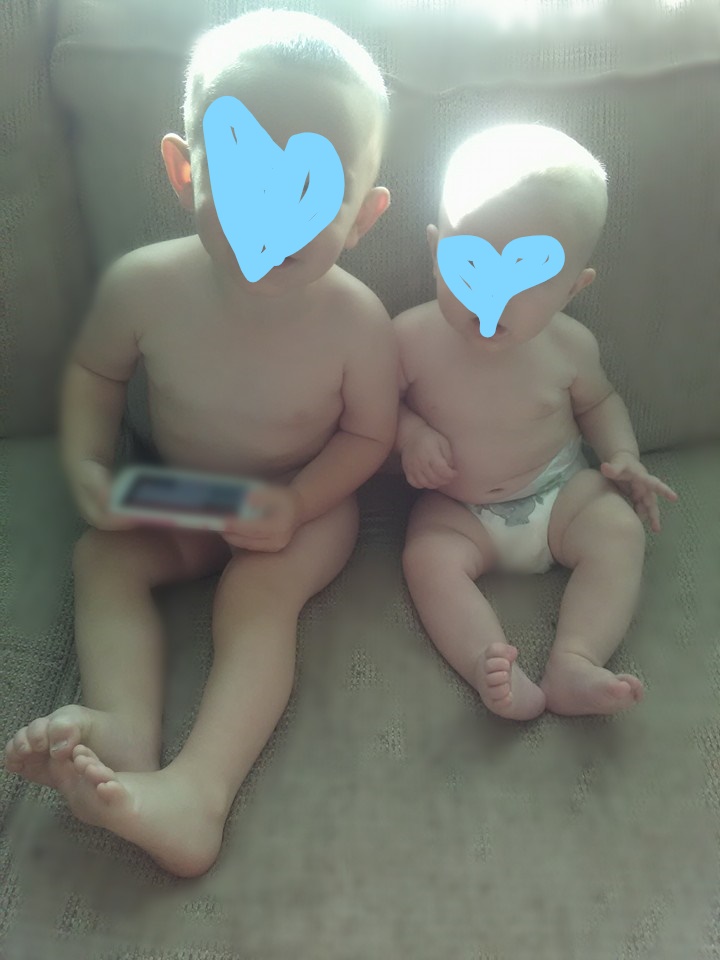 Below is a list of 10 things I did not anticipate when I made the decision to have 2 babies so close in age: