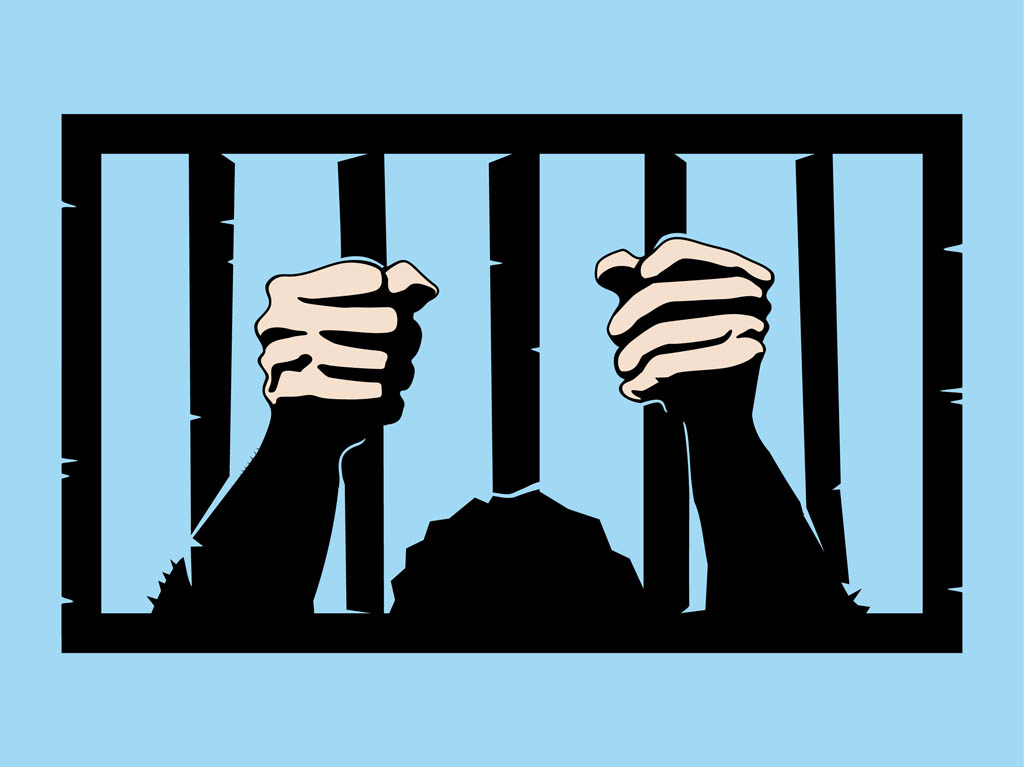 It’s no secret, that once upon a time, I spent some time in the big house. It’s a matter of public record actually, so even if I did want it to be a secret, I’d be outta luck….Some of you have been to jail, most of you haven’t. For those of you who have never been, I have decided to fill you in on what my experience was like, as a first timer, just in case you were on the fence about whether or not jail is right for you. There are way too many things to cover at once. Therefore, I have decided to break them down into chapters.

My personal situation was a little different in that, the people arresting me, then transporting me to the jail, were my friends. In fact, I had just attended the baby shower of the person driving me to jail, the weekend before. See, I was in a relationship with a Deputy at the time of my arrest, but we will talk about that another time.

When I arrived at the jail, the first thing they did was had me change out of my pajamas, (what I was wearing at the time I was apprehended), and change into a polyester jumpsuit.  They took my earrings, my bracelet and my shoes, and gave me a pair of rubber shoes in place of mine. I tried my hardest not to think about all the different feet that had worn the shoes prior to me, but despite my best efforts, I was haunted by the thought of how many different species of bacteria were now inhabiting my foot.

The next thing they did was take me to a nurse for blood work and evaluation.  She asked me a series of questions and marked her little clipboard in response to my answers. I barely remember this interaction, as I was beginning to detox, and weakness had started creeping in.  At one point she asked “Yes or no, would you describe your crime as ‘shocking in nature’?” To which I replied, “Um yeah, probably.”

She looked up at me over the brim of her glasses, set her pen down, and leaned back in her seat. “Ok, I don’t usually do this, but you have peaked my curiousity, would you mind telling me why you consider it shocking in nature?”

I proceeded to tell her what happened and watch her expression go from curiousity, to shock, to disgust, then back to normal as she leaned forward to check something off on her clipboard. “Okay, yes, I would say that counts as shocking in nature, definitely.” She said, as she attempted to regain focus.

After my awkward interaction with the nurse, they escorted me to medical, since I would be detoxing off of opiates, they wanted me in a secure cell for monitoring. The officer slid open the heavy metal door, and slammed it shut behind me- I jumped about two feet in the air. I turned to ask him when I would be getting my phone call (I’ve seen this in movies), but he was gone. I turned back around and took inventory of my tiny room. There was a metal toilet, a metal sink, a roll of toilet paper and an empty plastic boat thing on the floor, I’m assuming I’m supposed to put this plastic mat I was holding in there to sleep.

I felt something brush against my foot, I let out a scream that sounded reminiscent of someone being murdered, I actually thought I was about to be murdered for a second..

It was then that I noticed I wasn’t alone. On the floor to my left, there was another boat, and it was occupied.  The person was wrapped from head to toe in a wool blanket, completely covered. I whispered “oh sorry” for some reason, even though I didn’t do anything.

I had been sitting in my boat, feeling like death, still in shock about being in jail. I was literally in jail, and I couldn’t wrap my head around it just yet. I had been staring at the outline of my cellmates body for about 2 hours now, wondering what exactly was under that blanket. As I was imagining what she looked like and why she was here, I heard a loud ‘click’, and noticed our cell door was opening. Some inmate in a red striped jumpsuit slid 2 trays across the floor, and shut the door. Before I could even process the contents of the tray, the wool blanket went flying and my cellmate sat straight up and stared at me.

“Oh S***”, I thought to myself, it’s awake-don’t panic. “You finna eat cho dinner?” She asked, burning a hole into my soul with her angry gaze. “Oh, um hi. I’m Tiffany, I’m not sur– I mean I’m not that hung- I hadn’t really thought about it, how come?” I said, trying to keep it cool and hide the fact that I was terrified….”Cuz Ima eat it if you ain’t.” She said, never breaking eye contact. I felt my palms start to sweat. “Oh okay, ya sure, go right ahead, I’m not hungry anyway, actually I don’t even really like food, so….”

She didn’t even thank me, which I thought was totally rude. She lunged for the trays and returned to her position. I didn’t want to awkwardly stare at her while she ate, so I laid down in my plastic boat and closed my eyes. I knew I wouldn’t be able to sleep, I was feeling way too sick, but I didn’t know what else to do with myself……I listened to her chomp away like a cow as she gorged on my dinner, the disgusting sound of her eating was then interrupted by her voice…..”Let me see them boobs.”

My eyes popped back open and I pointed them at her to see who she was talking to. She was staring at me.  “I’m sorry?” I asked, perhaps I didn’t hear her correctly, maybe she said books, were there books in here? Please let there be books in here….

“Your boobs, let me see them.” She said with a straight face, her eyes locked on mine.

Now, if you were in my shoes what would you have said? “Screw you?” “No way.” “You’re crazy, leave me alone?” Any of those responses would have been appropriate.  However, I was terrified, and I had seen enough movies to know that jail fights are as common as finding a penny on the ground at the supermarket, and I was not about to get my ass kicked my first day in.

“Are you being serious or no? I can’t tell.”

“Does it look like I’m being serious?” She said, looking serious.

“Okay, is that a thing? Is that what people do? Is this like initiation or something, I don’t really want to be in a gang I jus-“

My hands shook as I grabbed the bottom of my shirt, and showed her. I pulled my shirt back down and settled back into my cot, awaiting further instruction.  She didn’t say a word.  She just kept peeling her orange. I sat in silence, trying to read her face for clues as to what the hell was going on around here, and why I just had to flash this complete stranger, but I got nothing.  She finished her orange and slid the trays back to the door. She sat and stared at me for a moment. I smiled, because I didn’t know what else to do. “Breakfast is at 6, let me know if you want it or not.” She pulled the blanket over her head and flopped back down into her cot…

I sat there in silence, staring at the outline of her body once again.  Is this what I have to look forward to? I’ve only been here 3 hours and I’ve already given up a meal and showed my boobs. My drug withdraw wasn’t even full swing and I still hadn’t gotten to make a phone call. I was stuck in 8ftX10ft cell with a lesbian womanbeast, and no one has told me anything about what my charges were, when I was getting out, or what happens next. Tears started rolling down my cheeks as the uncertainty of everything overwhelmed me. I was alone, and confused, and I realized right then and there that I better get some thicker skin, and quick…… I had many strange, uncomfortable, scary situations in store for me, and this was only the beginning………